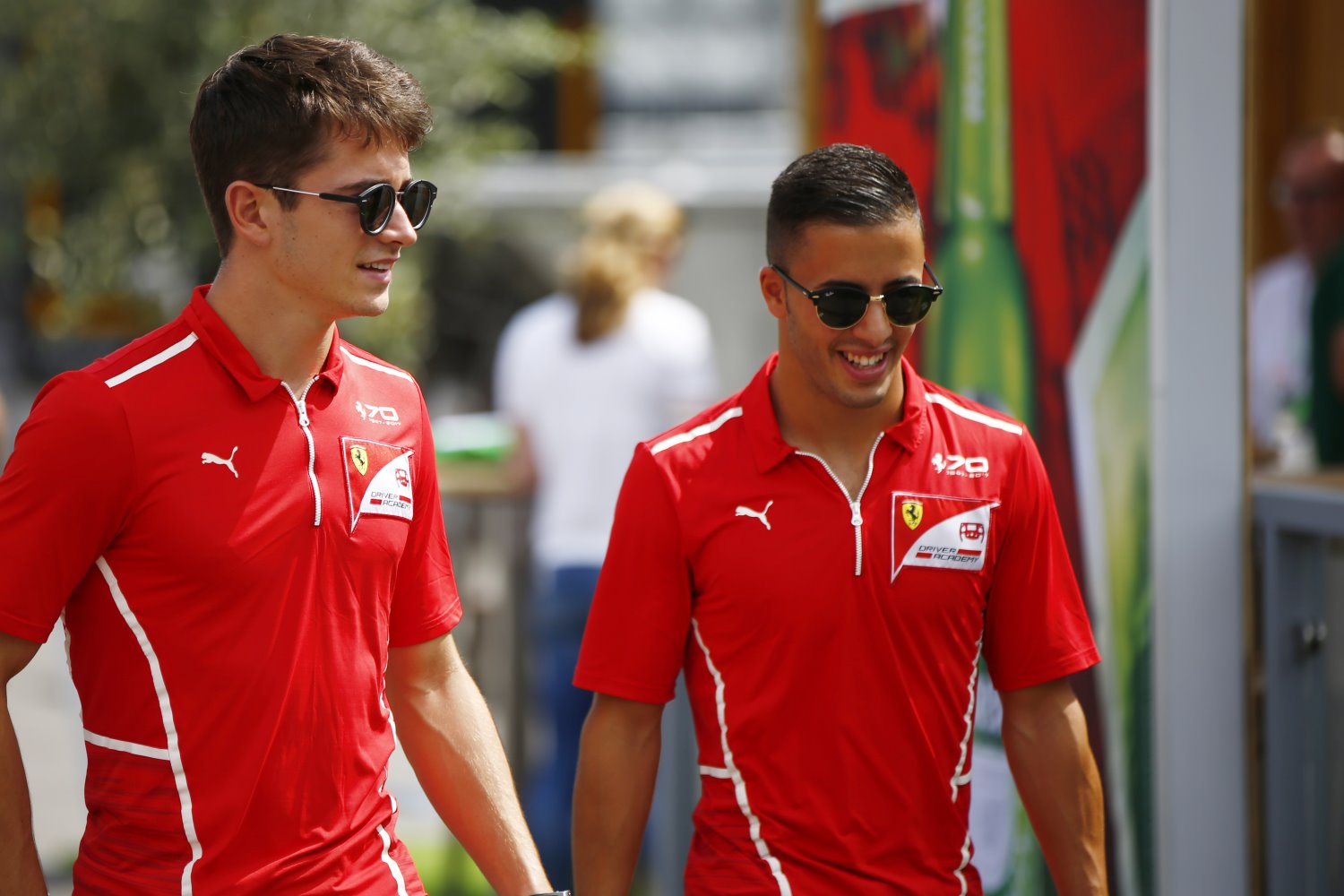 UPDATE The Alfa Romeo portion of this rumor becomes 'fact' with today's announcement. We now await the Leclerc announcement, which is pretty much a foregone conclusion at this point.

11/22/17 Sauber is poised to finally confirm its 2018 driver line-up at the Abu Dhabi Grand Prix, as rumors swirl that the team could even bring the Alfa Romeo name back to Formula 1 as part of a stronger alliance with Ferrari.

With the Swiss outfit keen to forge closer ties with its Maranello-based partner, it has been clear for some time that it would hand one of its race seats to F2 champion and Ferrari protege Charles Leclerc.

However, the decision on its second seat has been much tougher to nail down, with Ferrari weighing up whether or not to place its other junior driver Antonio Giovinazzi there as well.

Against that background, Sauber's owners – who have close links to Marcus Ericsson – have been considering whether or not they would prefer to commit to the Swedish racer for another season.

Although there have been growing indications that the team was edging closer sticking with Ericsson, a final call would be made only after sign off from Ferrari.

And it has emerged that part of Ferrari president Sergio Marchionne's thinking for how to take the partnership with Sauber forwards, has included the idea of a rebranding of its customer engines as Alfa Romeo.

Marchionne has long talked about his desire to bring the Alfa Romeo name back to F1, and with Sauber eager to embrace a long-term future with Ferrari, there is an opportunity to try to do something with the Swiss outfit.

Late last year, Marchionne even suggested that key to a possible Alfa Romeo project was it becoming linked with Ferrari's junior drivers.

"The best one, Giovinazzi, is already with us, but there are others besides him, and they are struggling to find room. Alfa Romeo, more than our customer teams, could offer them that space." Motorsports.com Check out our updated 2018 F1 Silly Season page.

The F1 rumor mill at Monza says the Swiss team will confirm either that Ferrari junior Charles Leclerc is joining for 2018 to replace Pascal Wehrlein, or that Sauber will adopt the name 'Alfa Romeo' next year.

It is said the announcement is scheduled for either Sunday or Monday.

Either way, the suggestion is that Sauber is definitely ramping up its involvement with Ferrari, with new boss Frederic Vasseur having changed direction after scrapping the planned 2018 Honda deal.

"The deal is based on the powertrain," he said at Monza, "but then we will discuss that we could extend the deal on another parameter for some other parts."

However, Frenchman Vasseur played down the suggestions a deal with dominant Formula 2 rookie Leclerc is basically done.

"I think he has to be focused on the Formula 2 championship," he said. "There's still a couple of races to go and it's a bit too early to discuss that."

(GMM) Charles Leclerc's manager says he thinks the 19-year-old will be on the formula one grid next year.

Currently, the Monaco-born driver is dominating the Formula 2 championship and strongly backed by Ferrari.

Pascal Wehrlein, for instance, is openly expecting to be replaced at Sauber by a Ferrari junior next year.

Wehrlein is quoted by SID news agency at Monza as saying a switch to Formula E or a return to DTM are "possible".

"The most important thing would be to stay in formula one but I completely trust Mercedes and just concentrate on my job," the German added.

On pole position for his Sauber seat is Leclerc.

"Charles is a unique driver," Nicolas Todt, his manager, told France's Canal Plus. "That is obvious.

"This year, his priority is to win the Formula 2 title, which is something very few drivers have managed to do on debut.

"My goal is that he gets to formula one next season," Todt added.

"I cannot say that this will definitely happen, but given Charles' achievements in Formula 2, I think nothing will prevent his F1 debut in 2018."

The 19-year-old from Monaco is currently dominating the Formula 2 series, and thanks to his ties to Ferrari is being linked with a move into F1 next year.

Some reports say a Haas or Sauber drive could be on the cards, but Leclerc said in Hungary that he is "calm" in the face of the speculation.

"In my career I have always taken it step by step, so now I am trying to win the Formula 2 title and then I would like to go to F1," he told Italy's Corriere della Sera newspaper.

"Would I be willing to wait another year? I would prefer no, because if I win the F2 championship I cannot defend the title, so waiting would not help me."

The Sauber Rumors have taken a big step forward in recent days, with the Swiss team canceling its 2018 Honda deal and signing up with Ferrari instead.

Leclerc said: "The big dream is to wear red and I hope that one day it will become reality. But I also think of everything, as long as it is F1."