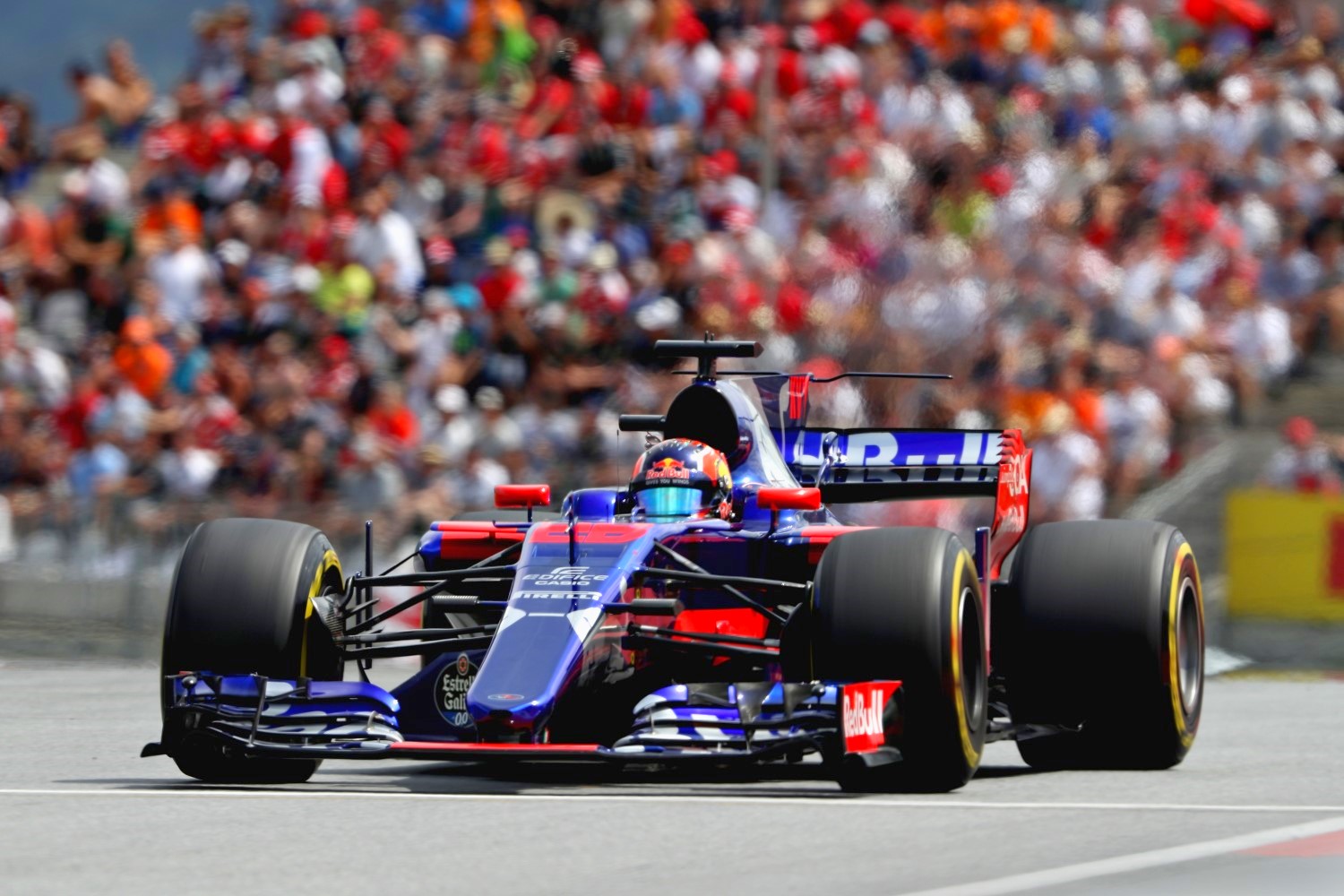 08/22/17 (GMM) Talks about Toro Rosso taking on Honda power for 2018 have fallen through, according to reports in the Italian press.

Prior to the summer break, rumors were rife that the junior Red Bull-owned team could take over from Sauber as a Honda 'customer' for 2018.

"After several weeks, the negotiations have stopped for financial reasons," the Italian source Autosprint claimed.

"It is no mystery that to make the Japanese power unit attractive, it would be about the financial contribution that a manufacturer like Honda could bring."

"It (the Toro Rosso deal) would also have been a test-bench for a possible change of direction for Red Bull as well, but now everything has collapsed," it said.

"It seems that Red Bull asked for too much money.

"Now, if McLaren leaves, Honda will be automatically out of formula one."

According to former Pirelli F1 chief Paul Hembery, Honda's struggle since returning in 2015 is a reason for the sport to rethink its strategy.

"We have to decide: is F1 a series for manufacturers or for teams?" he told Auto Motor und Sport.

"If we want the manufacturers, they must be competitive rather than afraid of ridicule and damage to their brand.

"At the moment we have two manufacturers having trouble with their engines, which is not good for the sport," said Hembery.

08/18/17 This rumor is downgraded to 'false' today. Talks between Toro Rosso and Honda regarding a Formula 1 engine supply deal for 2018 have collapsed according to Motorsport.com.

It is believed the two parties could not come to an agreement regarding the financial aspects of the deal.

With time running short for a Toro Rosso-Honda alliance to be sufficiently prepared for next year, it was decided to bring talks to an end. Toro Rosso will continue to run Renault power units next season.

As tired team personnel packed up after the post-race Hungarian GP test, word went around the paddock that ousted McLaren supremo Ron Dennis might be interested in buying the junior Red Bull team.

A more credible rumor is about Toro Rosso's engine supplier.

Reports suggest Marko met with Honda officials this week, as the Japanese manufacturer is looking to replace the lost Sauber deal.

Honda's Masashi Yamamoto confirmed to Spain's Diario AS: "We are talking to other teams to see if there is any chance of reaching an agreement to supply them."

It is believed the rumors might continue until at least September, when McLaren is expected to decide whether to stay with Honda or switch to a rival.

Indeed, when canceling the Sauber-Honda deal, new boss Frederic Vasseur admitted that part of the reason was because "the situation was unclear regarding the collaboration between McLaren and Honda".

Finally, there is a rumor Red Bull wants its second team Toro Rosso to relocate to England, but Marko insisted: "That's nonsense.

"Why then would we have established a super factory in Faenza?"

08/02/17 Talks between Toro Rosso and Honda about a possible F1 engine supply deal are progressing following a meeting between Red Bull's Helmut Marko and Honda chief Masashi Yamamoto on Tuesday.

Honda is keen to take on a second team, following the cancellation of its deal with Sauber, as it feels that extra data gathered would help its development rate with McLaren.

Toro Rosso has emerged as the leading candidate, even though the Italian team has a deal with Renault in place for next year.

Motorsport.com understands Tuesday was the latest in a series of meetings between Red Bull motorsport advisor Marko and Yamamoto, who is responsible for Honda's motorsport budget and reports directly to the board, in recent weeks.

Sources with good knowledge of the situation say talks have focused around Toro Rosso taking a Honda supply from 2018, with Marko interested in the senior team Red Bull switching in the future if Honda improves its performance sufficiently.

In 2015, Red Bull wanted to pull out of its deal with Renault and spoke to Honda, as well as Mercedes and Ferrari about an engine supply – but it ultimately stuck with the French manufacturer. Motorsport

Already, it was not clear whether McLaren and Honda would stay together for 2018, or even if the customer engine deal with Sauber will proceed.

And now, Auto Motor und Sport reports that Honda could link up with Toro Rosso next year.

"Red Bull's B team has grown up and could go its own way with Honda," said correspondent Michael Schmidt. "A decision is due in the summer."

Indeed, everywhere in the Silverstone paddock, another Honda-related rumor lurks. For instance, top McLaren officials have now been spotted in talks with Renault.

And it is believed the same McLaren chiefs have now assured Fernando Alonso over dinner that if he commits for 2018, there will be a top engine in the car.

"We had a nice dinner and Fernando even picked up the bill," said Brown.

"He feels comfortable with us and we understand each other well. He made it very clear that he wants to be in formula one next year."

When asked about claims he will stay at McLaren, Alonso said "no comment".

But the implication is clear: McLaren may very well split with Honda to keep him.

"On a personal level," said Brown, "the relationship with Honda is good. But I think everyone understands that we need a much better engine, and that's why all this is going on."