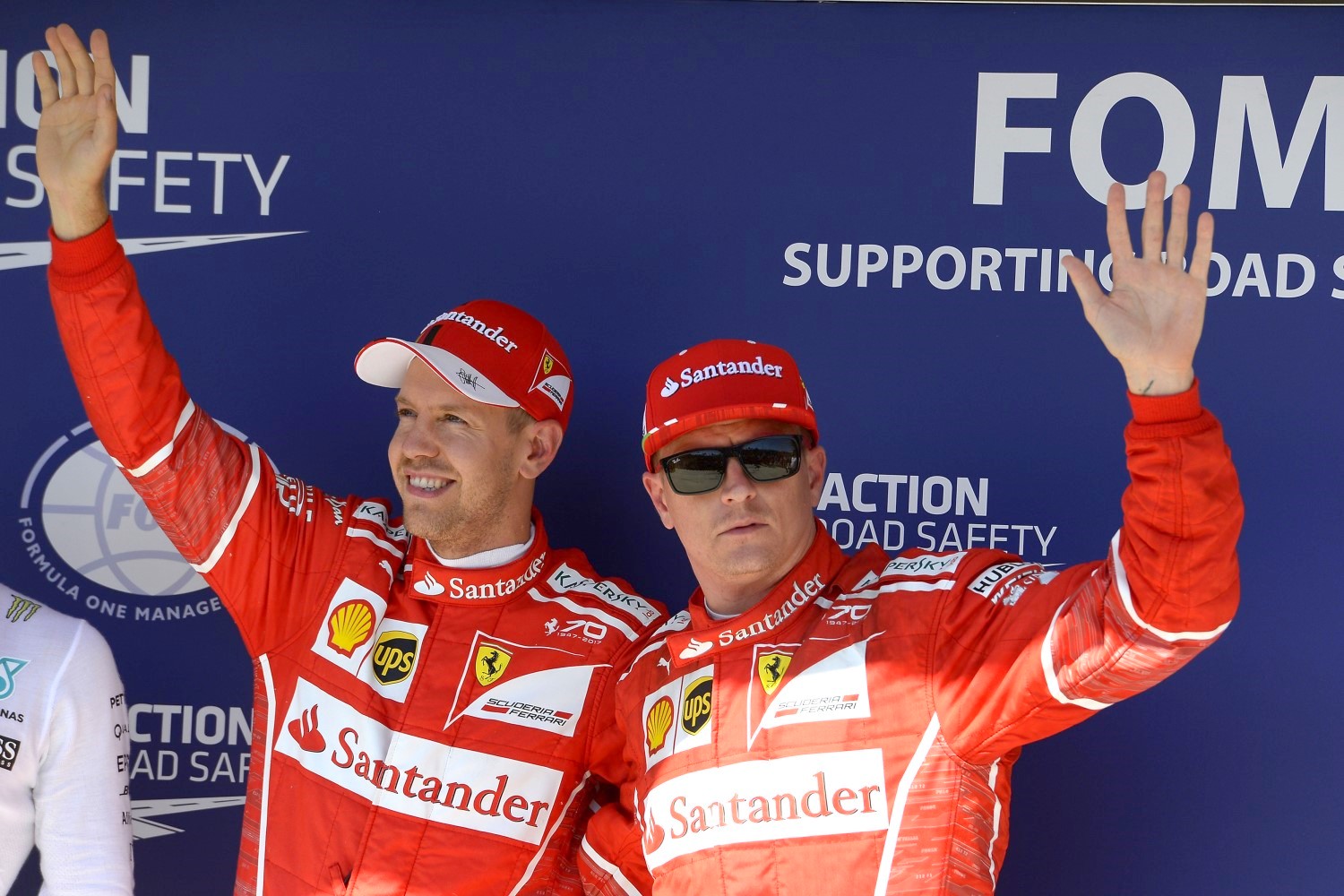 UPDATE This rumor is upgraded to 'fact' with Vettel and Raikkonen both announced back with Ferrari – Vettel for 3 years, Raikkonen for 1.

08/22/17 Kimi Raikkonen will stay at Ferrari next season, after the team announced a new deal with the Finn on Tuesday.

The former world champion's contract with the Maranello outfit had been due to run out at the end of this year, and there had been speculation about whether or not he would continue.

But in a short statement, Ferrari said that Raikkonen would remain onboard for 2018.

That is the claim of the Italian broadcaster Sky, amid existing speculation that Sebastian Vettel made a new deal for Kimi Raikkonen a condition of his own decision to stay with the Maranello team beyond this year.

Asked in Hungary if he will stay with Ferrari in 2018, German Vettel answered: "I don't see why not.

"I'm certainly not ready this weekend because, as I've said, I'm not in a rush and I don't think the team is in a rush.

"I think right now we have other things to do but in the summer there's a bit more time. A piece of paper can be signed fairly quickly," Vettel added.