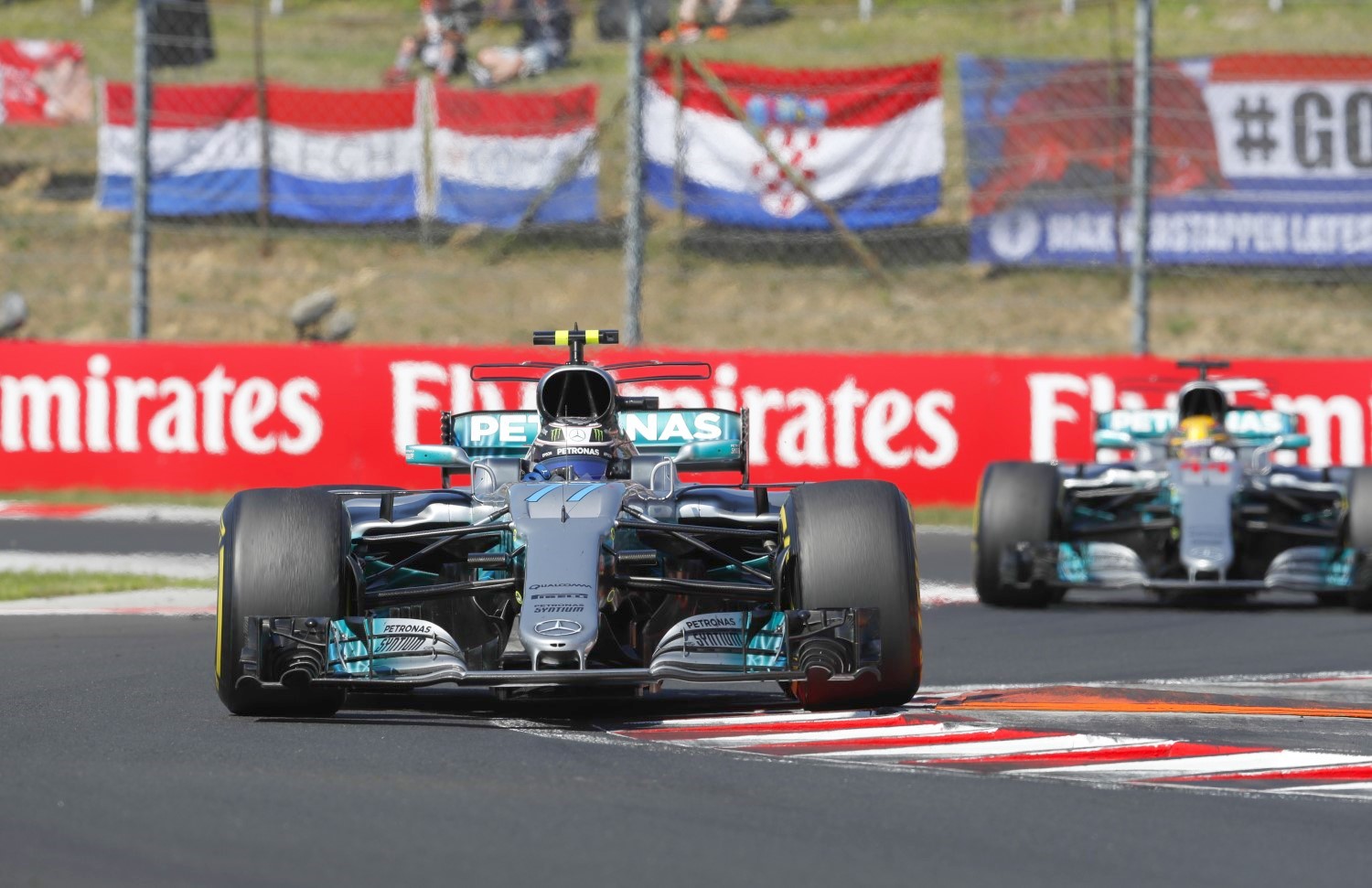 The summer shutdown came at the perfect time for us to make a step back and take stock of our season so far. It has been a good one – and has shown a lot of the qualities of our team.

We have overcome a difficult start to testing and significantly improved a fast but tricky car; we have won six races from 11, including victories for both our drivers; we trail in one championship by 14 points, and lead the other by 39. But it hasn't been easy sailing. We have learned hard lessons, grown strong as a group and there are still many areas for us to keep improving.

It was clear to all of us that 2017 would be a very different season to the three that came before. Then, we had the luxury of a performance advantage to the rest of the field, which meant our two drivers were fighting for the title between themselves.

For this year, the rules were changed to reset the competitive balance across the field. And it worked. For the first time ever, the champion team has maintained its status as a pacesetter after a big rule change and we are proud that we laid down that marker. But that is now history. We have been joined by Ferrari and also Red Bull as the season has developed. This is the new reality we are racing in now and we are open-minded enough to adapt our approach to those new circumstances.

Our targets remain the same as they were before the first race: to win both championships. History has shown that the fastest car usually brings you the drivers' title; and the best and most consistent driver pairing wins you the constructors'. So the priorities are clear: we must keep bringing performance to the car at every race – and keep racing without mistakes to maximize our performance potential at every track.

From what we have seen in the first half of the season, the competitive balance will swing one way and another from circuit to circuit. Red Bull will be a threat if they can build on the performance they showed in Hungary. So we need to keep our heads down, stay humble regarding our strengths, diligent about our weaknesses and take the season weekend by weekend.

On paper, people will assume that Spa should suit our car because it is a circuit where aerodynamic efficiency is extremely important. But assumptions are dangerous – we have seen too many times already this season that the form book can be rewritten from one weekend to the next. So we will be making no assumptions; we have to tick off the items on our work list and make sure we do the best job to maximize our potential points score.

The motivation and determination in the factory are greater than ever. Hungary showed the strength of our team – and we intend to use the second half of this season to prove that strength.

Featured this Week: Fighting the Force

[adinserter name="GOOGLE AD"]One of the major stories heading into the 2017 campaign was the increased G-Forces that drivers would have to withstand in the cockpit of these new generation Formula One cars. Bigger wings and tyres mean more downforce and grip, which puts more stress on the driver than ever before.

Take the season opener in Australia, for example. Melbourne is not typically one of the more physically demanding circuits on the calendar for the drivers. Yet, through the left-hand sweeper of Turn 11, forces were peaking at 5G – up 10% on 2016.

G, or G-Force, is a physical force equivalent to one unit of gravity that is multiplied during rapid changes of direction or velocity – such as during acceleration and braking. We live in a three-dimensional world, using three axes to describe the space around us. In F1 terms, the longitudinal X-axis lies along the car, the lateral Y-axis is across the car and the vertical Z-axis runs from top to bottom.

When looking at the stresses placed on a Grand Prix car and its driver, G-Force can be broken down into longitudinal acceleration – experienced when braking or accelerating – lateral acceleration – while cornering – and vertical acceleration – caused by bumps, kerbs or change of gradient in the circuit.

The highest longitudinal acceleration experienced in Formula One is actually a deceleration, achieved under braking at the end of a long straight – prime examples being Turn 1 in Baku and Turn 14 in Shanghai. In Monza, too, when the drivers blast out of Parabolica and along the famous start-finish straight before planting their foot on the brake into the Rettifilo chicane, they are expected to experience a peak deceleration exceeding -5G.

Since longitudinal G is also linked to downforce, peak deceleration is only achieved in that brief moment when the driver first hits the brakes, as they are forced forward towards the steering wheel. While the seat belts keep them in position in the car, their head is pushed forward. The car itself will pitch forward, as the vertical load on the four corners transfers from the rear to the front tyres. The front suspension and tyres are both squashed into the circuit by the G-Force as the rears unload.

Lateral acceleration is achieved through wide, fast corners. For example, through the flat-out Copse corner at Silverstone, drivers were hitting nearly 5G during this year's British Grand Prix. Expect to see them experiencing similar values as we head to Spa and then Suzuka – both circuits like Silverstone with sweeping curves that favour strong aerodynamic efficiency and mechanical grip.

Lateral acceleration like this forces the driver into the side of their cockpit, putting stress on the ribs and thighs that meet the seat edge. They'll also need those strong neck muscles to sustain the repeated force pushing their head towards the outside of the corner. It's a rough ride. And the new cars also have to stand up to this increased G. Under lateral acceleration, cars will tend to roll to the outside of the corner. The vertical load on the four corners of the car will transfer from the inside to the outside tyres. Pouhon at Spa and Suzuka's unforgettable Esses at the start of the lap will punish both the drivers and their cars in 2017.

When it comes to F1, vertical accelerations are recorded in relation to ride – when a car hits a kerb or ripple in the track. The bump before the right-hander at Mirabeau in Monaco is a good example. But these events are typically extremely short lived, lasting just a few milliseconds.

For any kind of sustained vertical lift, an extreme gradient change is needed. Turn 1 at both Spielberg and the Circuit of the Americas are good examples – but nowhere is the gradient change as sharp on the modern Grand Prix calendar than through the iconic Eau Rouge at Spa. As drivers hit the very the bottom, the car is compressed into the ground, with tyres and suspension squeezed as the vertical acceleration on the car hits 2.5G – right through the driver's rear end!

The car climbs, before cresting the top of the hill, as the vertical accelerations hit upwards of 0.5G – with the driver experiencing weightlessness and actually able to feel the belts holding them down in the car for up to half a second. They have to be particularly careful on corner exit here, as the car can go light and quickly lose grip – see Kevin Magnussen's monster shunt there in 2016 for evidence. It's a unique experience – and will be even more of a challenge in this year's cars, with drivers expected to be easily flat through the entire Eau Rouge section.

With its mix of fast, wide corners like Pouhon, a big braking zone into Les Combes plus the standout centrepiece that is the mighty Eau Rouge, the iconic Spa circuit offers a punishing 'back-to-school' experience for the F1 grid…

Stat Attack: Belgium and Beyond