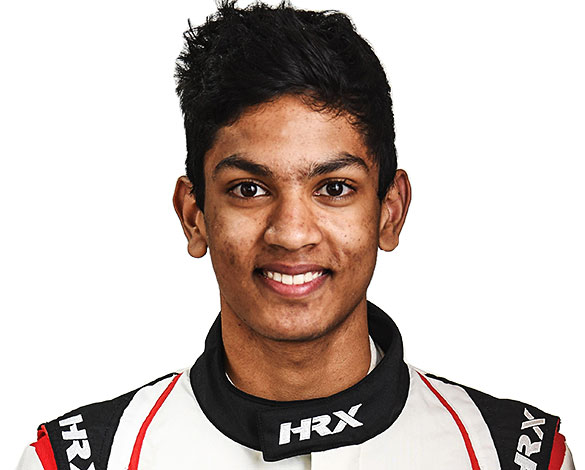 When the first round of the MRF Challenge ended in Dubai last month, there was a name among the results that raised a few eyebrows. Indians don’t often win races in the series packed with international drivers and Yuven Sundaramoorthy certainly sounded like one.

The 16-year-old Yuven, who impressed many with a win in his debut weekend, is an Indian-American. He split his childhood between Shanghai and New York and it was in the Chinese city that he caught the racing bug. “I started karting when I was about 9 while living in Shanghai," he says. “I continued to do karting after moving back to the US, with my first kart race in 2014 at Oakland Valley Race Park in New York.

But it was after his family moved to the US that his racing journey accelerated. He participated in the F1600 Championships in the US and was quite successful, finishing the 2018 season in third. “The next step was taking on the USF2000 series in 2019. This is part of the Road to Indy program, the official ladder system used for the IndyCar Series. I had several top-10 finishes in 2019, and with a year of experience under my belt, I’m looking to compete for the championship in 2020."

Yuven traces his roots back to Madurai and it is a place where he still has family. Although he has been to the state multiple times, he had no idea about Tamil Nadu’s racing culture until recently. “We visited India (especially Madurai) many times, but I was not aware of the deep racing history until very recently," he says. “I am enjoying everything I’m learning about racing in India, especially through the MRF series."

Yuven had first heard about the MRF series from his friends in the US and opted for it because it was a good fit in his calendar. And of course, there was the opportunity to do a round in India. “I knew about the MRF Challenge from several of my friends who race in various Road to Indy series (like Robert Megennis and Rinus Veekay) and decided to join it for a few important reasons," he says.

“First, it’s a winter series that fits perfectly with my USF2000 off-season, and I don’t have to take too many days from school — I’m in 12th grade in High School in New York. Second, the MRF series has a strong reputation, including some big-name alumni and fast racers. And finally, it gives me the chance to race outside of North America, and in particular, in Chennai, which I’m looking forward to the most. With the one win in Dubai, I’m hungry for more in Bahrain and Chennai."

And while most young racers have their eyes set on Formula One, Yuven, who lists Nico Rosberg as his favorite driver, wants to break into the IndyCar Series first. “My ultimate goal is to become a professional driver in the top ranks of open-wheel racing. Formula 1 would definitely be amazing, but challenging. Because I live in the US and race in the Road To Indy ladder, my immediate focus is the IndyCar Series. In fact, it’s my dream to be the first IndyCar driver of Indian origin." New Indian Express Times