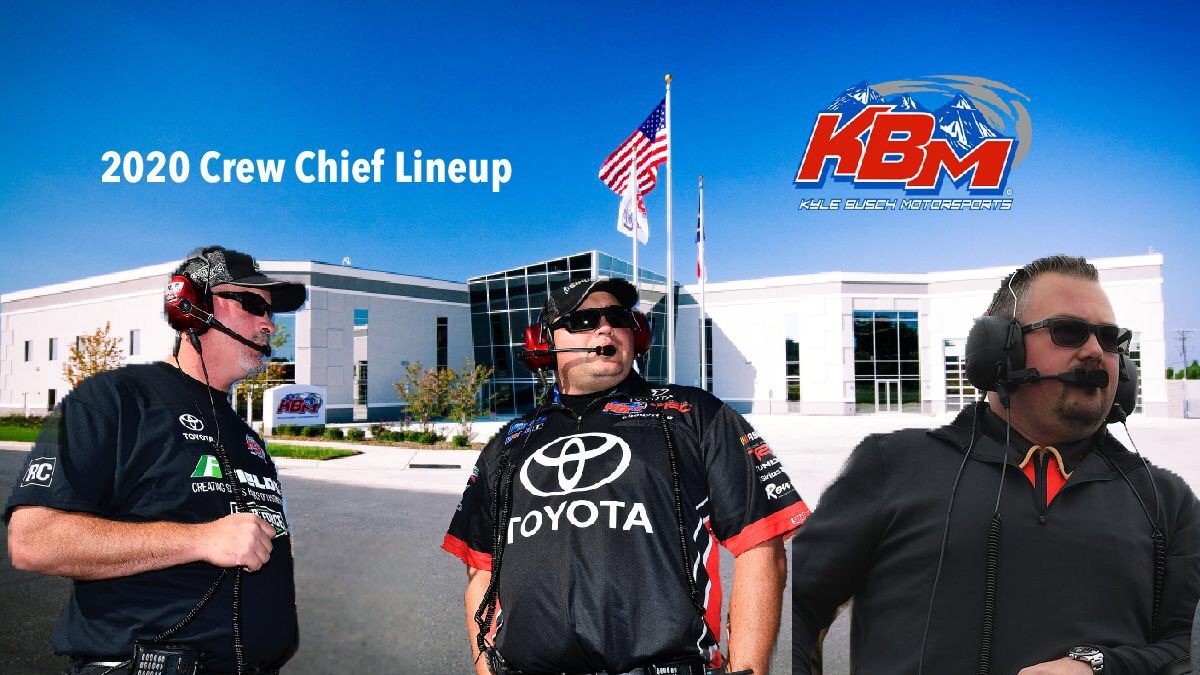 Kyle Busch Motorsports (KBM) announced today the crew chief lineup for its three full-time NASCAR Gander RV & Outdoors Truck Series teams in 2020. Ryan “Rudy" Fugle will call the shots for Christian Eckes and the No. 18 Tundra, Mike Hillman Jr., will guide Raphael Lessard’s efforts in the No. 4 Tundra and Danny Stockman will join the organization to lead the No. 51 team’s pursuit of the owner’s championship with Kyle Busch, Chandler Smith and other drivers that will be announced at a later date.

Stockman called the shots for Austin Dillon’s championship efforts in both the NASCAR Gander RV & Outdoors Truck Series (2011) and the NASCAR Xfinity Series (2013) and has experience as a crew chief in all three national series divisions, after most recently serving as Dillon’s NASCAR Cup Series signal caller. In Dillon’s Gander Trucks championship season, the pair totaled two wins, five poles, 10 top-five and 16 top-10 finishes. The majority of Stockman’s experience atop the pit box has come in the Xfinity Series, where his drivers have recorded seven wins, 19 poles, 80 top-five and 148 top-10 finishes across 209 starts from 2012 to 2018.

The 2020 season gets underway with the running of the NextEra Energy Resources 250 at Daytona (Fla.) International Speedway on Friday, Feb. 14.