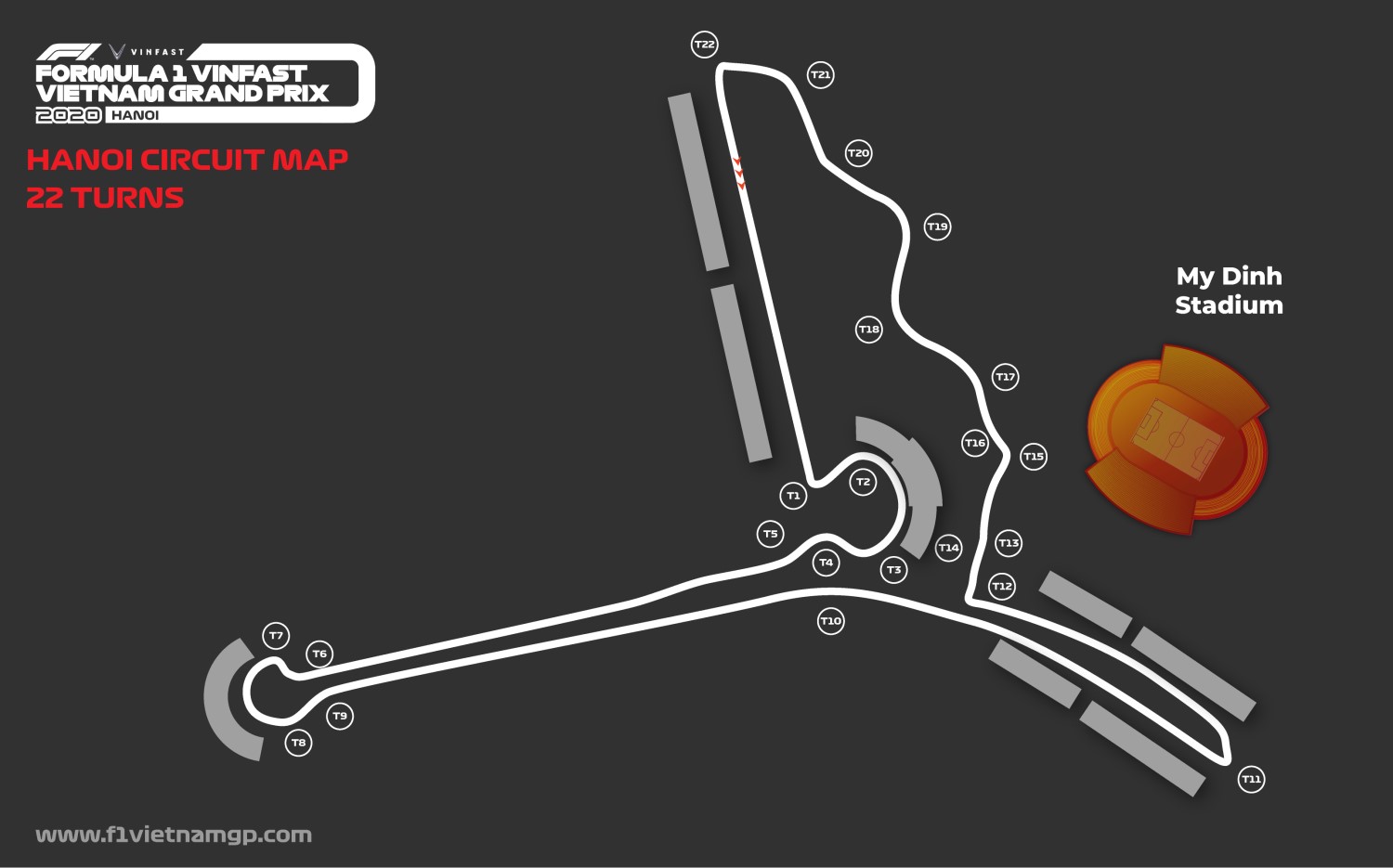 The Vietnam Grand Prix has revealed an altered layout to the Hanoi circuit which will host the country's first Formula One race in 2020.

The circuit has been increased from 22 to 23 corners, which features a revised sequence of turns through the final sector.

A circuit press release stated "the new Turn 23 is a 100% left turn where the track widens out again to 15m where it will lead on to the start/finish line for one last push by the drivers when they race in Hanoi for the first time in Formula One's history next April."