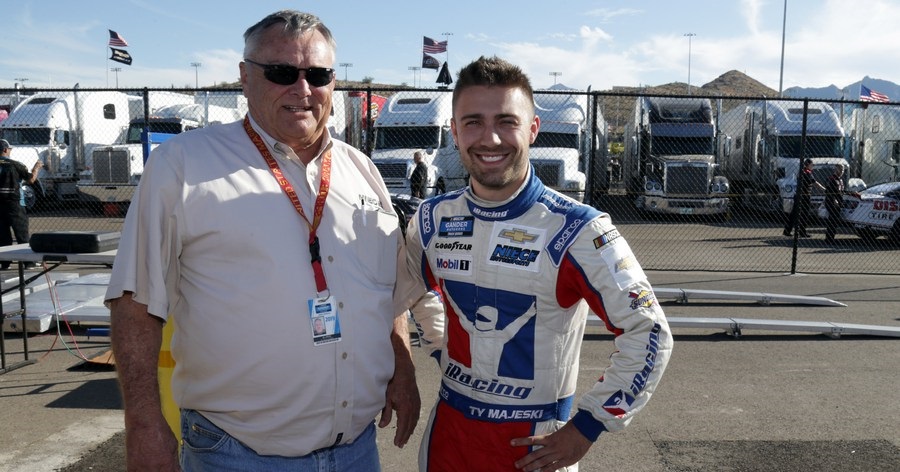 Ty Majeski will drive the No. 45 Chevrolet Silverado at Niece Motorsports full time in 2020 in the NASCAR Gander RV & Outdoors Truck Series.

“I’m really excited for the opportunity to race full time with Niece Motorsports," said Majeski. “I’m appreciative of Al and everyone at the team for giving me this opportunity. We’re looking to continue to build on what Ross and the team accomplished this year. We expect to be contending for wins and ultimately the championship."

In just its third full time season, Niece Motorsports and Ross Chastain earned one pole, three wins and 10 top-five finishes. In addition, Chastain captured the most stage wins and led the most laps. Chastain and the No. 45 team finished second in both the driver and owner point standings.

“Last season was really a dream come true for me and this team," said team owner Al Niece. “No one expected us to be contending for a championship in Homestead – but there we were. We’re confident that we can do the same next season. Ty is clearly extremely talented – he’s won in everything he’s driven. I’m excited to have him join the team full time. We’re looking forward to great things in 2020."

The 2019 season saw Majeski compete in six ARCA Racing Series events, earning wins in half of those starts. In addition to his three wins (at Charlotte Motor Speedway, Pocono Raceway and Chicagoland Speedway), Majeski also earned top-five finishes in all six starts and led a total of 112 laps.

Majeski earned four wins in the ARCA Midwest Tour in 2019. He teamed up with Niece Motorsports last season in his first Truck Series start at ISM Raceway in November.

“Ross is a wheelman, and his skill helped us to elevate our program and continue to build faster trucks," said general manager Cody Efaw. “We’re really proud of everything we accomplished last season, and excited to continue to build on that with Ty. Any time you get a chance to put a driver like Ty or Ross in your trucks, you don’t pass that up. Ty is a tremendous talent and we are looking forward to a successful season with him."

Majeski competed in 15 NASCAR XFINITY Series races for Roush Fenway Racing in 2017 and 2018, with his best finish of seventh coming at Iowa Speedway in 2018.

Majeski, who started his racing career in go-karts at the age of nine, is the Snowball Derby track record holder at Five Flags. In addition, he also boasts many of late model racing’s biggest wins, including the 2015 and 2016 Governor’s Cup. He was also the 2016 Super Late Model Champion at the World Series of Asphalt Stock Car Racing at New Smyrna Speedway.

In his rookie season in the ARCA Midwest Tour, Majeski not only captured Rookie of the Year honors, but earned the championship on the strength of two wins. In his sophomore year, Majeski followed that up with five more wins and another championship. The young driver earned his third-consecutive championship in the series in 2016, earning six wins in just 10 races.

Majeski was one of seven drivers to compete in the first-ever class of the Kulwicki Driver Development program (KDDP). Majeski’s outstanding performance in the KDDP led him to being crowned the inaugural Kulwicki Cup Champion for 2015.

The remainder of Niece Motorsports’ driver lineup is forthcoming.