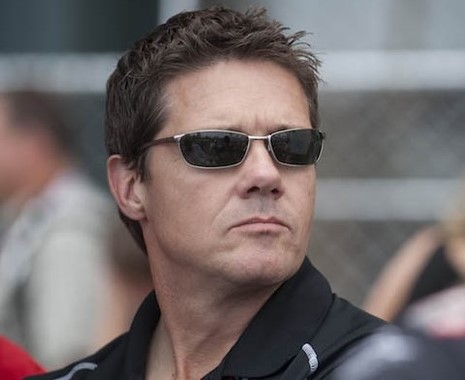 Rahal Letterman Lanigan (RLL) Racing announced today that Chris Mower, a veteran with 35 years of motorsports experience, has joined the organization as team manager of their IMSA WeatherTech SportsCar Championship program. Most recently, Mower was team coordinator and USA team manager of Joest Racing Sport, a Mazda works team that competed in IMSA.

“Chris Mower is well respected throughout both the sports car and Indy car paddocks and will be a valuable asset to our IMSA program," said Bobby Rahal, team co-owner with David Letterman and Michael Lanigan. “With his extensive experience in team management as well as past working experience with many of our employees, we feel this will add immediate value to our program."

“Bobby and I have had a few discussions over the years which, due to timing, never came to fruition but finally the stars have aligned so I jumped at the opportunity without hesitation," said Chris Mower. “My first job in the United States was working for Mi-Jack Conquest Racing so it will be great to work for the Lanigan family again.

“When I met with (RLL President) Piers Phillips and (sports car Technical Director) Brandon Fry, I was pleased to hear the direction the team is heading in and it shows by the personnel they have built for the 2020 GTLM season and beyond," continued Mower. “Brandon, and engineers Todd Malloy, Eric Zeto, Alex Farina and I all worked together at Conquest and I have a huge amount of respect for all. The decision was also made easier due to it being the premier North American BMW works team. My experience working with manufacturers has been very educational and is something I really enjoy. There is such a wealth of experience under the RLL roof and at BMW Motorsport that I have full confidence for results in 2020 and beyond."

The 2020 IMSA WeatherTech Sports Car Championship season will mark the 12th for the BMW Team RLL program. In 2019, the team earned their first 24-hour endurance victory with a win in the Rolex 24 at Daytona as well as two pole positions and a total of four podium finishes. Program details for the 2020 season will be announced at a later date.

About Chris Mower
British-native Mower has been immersed in motorsports since birth. While finishing high school in Phoenix, Arizona, he worked as a fabricator for top fuel dragsters and Funny Cars before returning to his native UK after graduation. From 1986 to 1992, he gained valuable experience in the International F3000 and British F3 series before being promoted to lead mechanic at Pacific Racing, where he worked from 1989-1992. In 1992 and 1993, he was the number two mechanic at Team Lotus F1 before he moved to the newly-formed F3000 team Nordic Racing where he progressed from mechanic, chief mechanic, engineer, race engineer and on to assistant team manager by 1996. From 1998-2001, he split his duties at Nordic Racing as race engineer and team manager before focusing solely on his role as team manager in 2001 and 2002. He returned to the United States in December 2002 for a position as team manager for Mi-Jack Conquest Racing in the Champ Car World Series, which he held for five seasons before the team was renamed Conquest Racing and competed in the IndyCar Series beginning in 2008. In May 2009, he joined Panther Racing’s Indy car team as team manager and was promoted to general manager beginning with the 2011 season. When the team ceased operations at the conclusion of the 2013 season, Mower moved to Nissan LMP1 as team manager for their WEC sports car program, which he held until December 2015. He returned to the IndyCar Series in 2016 as team manager for KV Racing and moved to Cosworth LLC as motorsports business development manager when the team ceased operations. Interested in returning to the team side of the industry, he joined Joest Racing Sport in November 2018 as team coordinator of their Mazda factory IMSA team as well as USA team manager prior to becoming team manager of RLL’s sports car program.