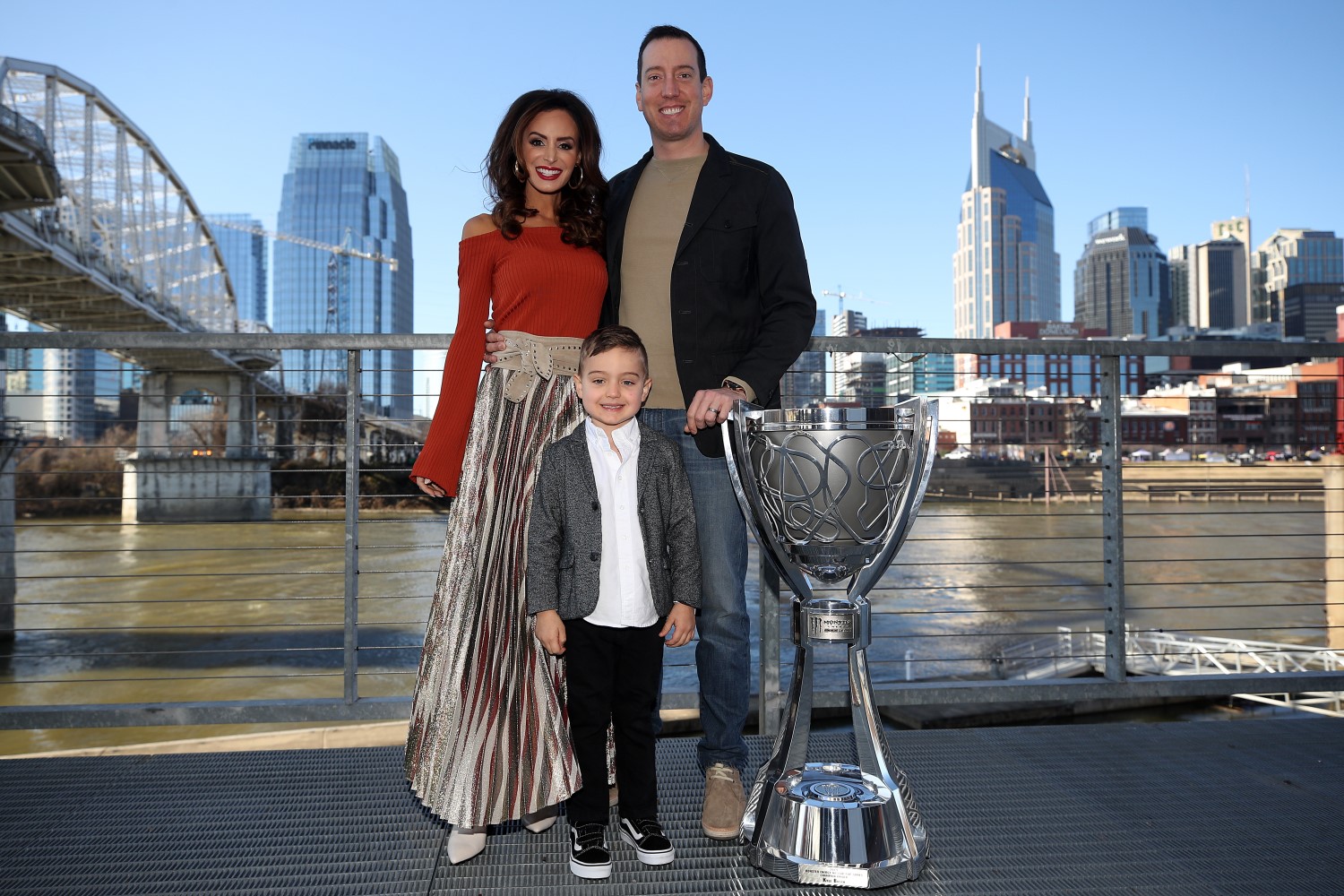 Kyle Busch took time to thank wife Samantha during his champion's speech at the NASCAR Awards in Nashville, Tennessee.

Kyle Busch's attitude has always been stern, we don't recall him ever being soft, just because he has that winning attitude, but honest to god, seeing him nearly lose it a few times talking about his wife, it's very heart warming. He used to be a driver that got into fights and arguments after almost every race in his early days, but now, married with a son, taking his son in his car when he wins the NASCAR Cup title.