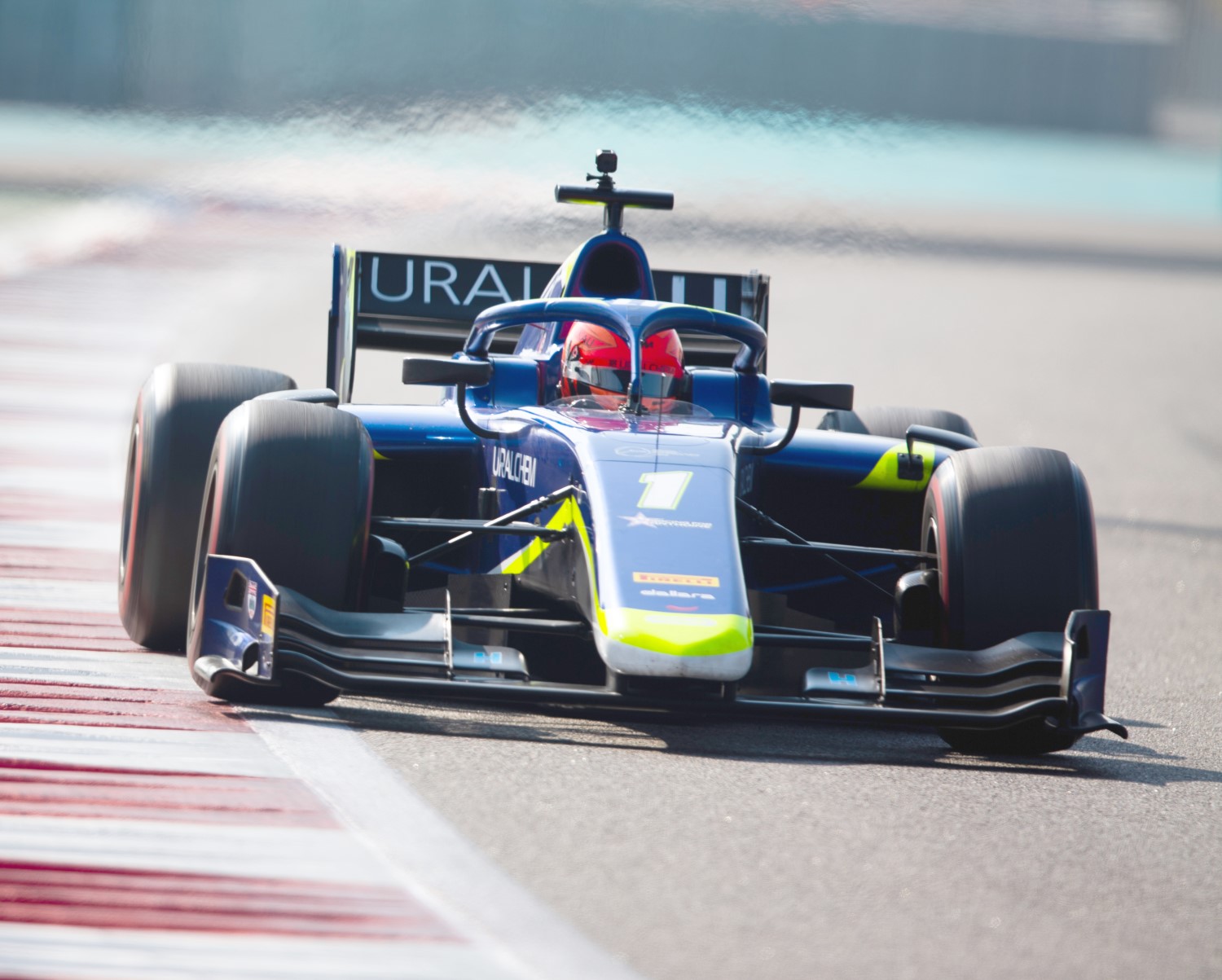 Nikita Mazepin finished the final post-season testing session of 2019 in first place, with the Russian impressing in Carlin machinery around the Yas Marina Circuit in Abu Dhabi. The 20-year-old’s time of 1:50.473 in the morning was enough to put him top overall, ahead of Callum Ilott for UNI-Virtuosi and Louis Deletraz at Charouz Racing System.

The field were quick off the mark in the morning with all 20 cars feeding out onto the track at the green flag. It took Mazepin just 15 minutes to take the time to under 1m 51s, as the Russian bossed the start of the session.

Sitting in second was his Carlin teammate Yuki Tsunoda, with the rookie running nearly 0.5s slower ahead of the in-form Louis Deletraz. The Swiss ace improved upon his own time to move up to second before Callum Ilott ran even quicker to rise above him, just 0.029s slower than the Russian in P1.

The morning’s focus then shifted to long-runs, with 620 laps completed before the lunch break. As a result the top ten stayed relatively unaltered and at the checkered flag Mazepin remained ahead of Ilott and Deletraz. Ralph Boschung and Dan Ticktum completed the top five, followed by Robert Shwartzman, Tsunoda, Guanyu Zhou, Pedro Piquet and Mick Schumacher.

It was much of the same in the afternoon, with teams trying to make the most of the final session. Boschung was the initial pace setter ahead of BWT HWA RACELAB duo Artem Markelov and Giuliano Alesi. The pair leapfrogged the MP Motorsport tester on the hour mark, with Markelov touring 0.139s ahead of his new teammate.

Despite his high standing on the timesheets, it wasn’t an entirely smooth afternoon for Alesi as the Ferrari Academy Driver stopped on track and brought out a red flag. Ilott briefly took first when action resumed before fellow FDA driver Schumacher put in his first fast lap of the afternoon to move straight to the top of the order.

The German would retain the position at the checkered flag, as Ilott settled for second. Dan Ticktum snatched third, ahead of Markelov and Alesi. Tsunoda, Deletraz, Zhou, Niko Kari and Boschung completed the top ten.