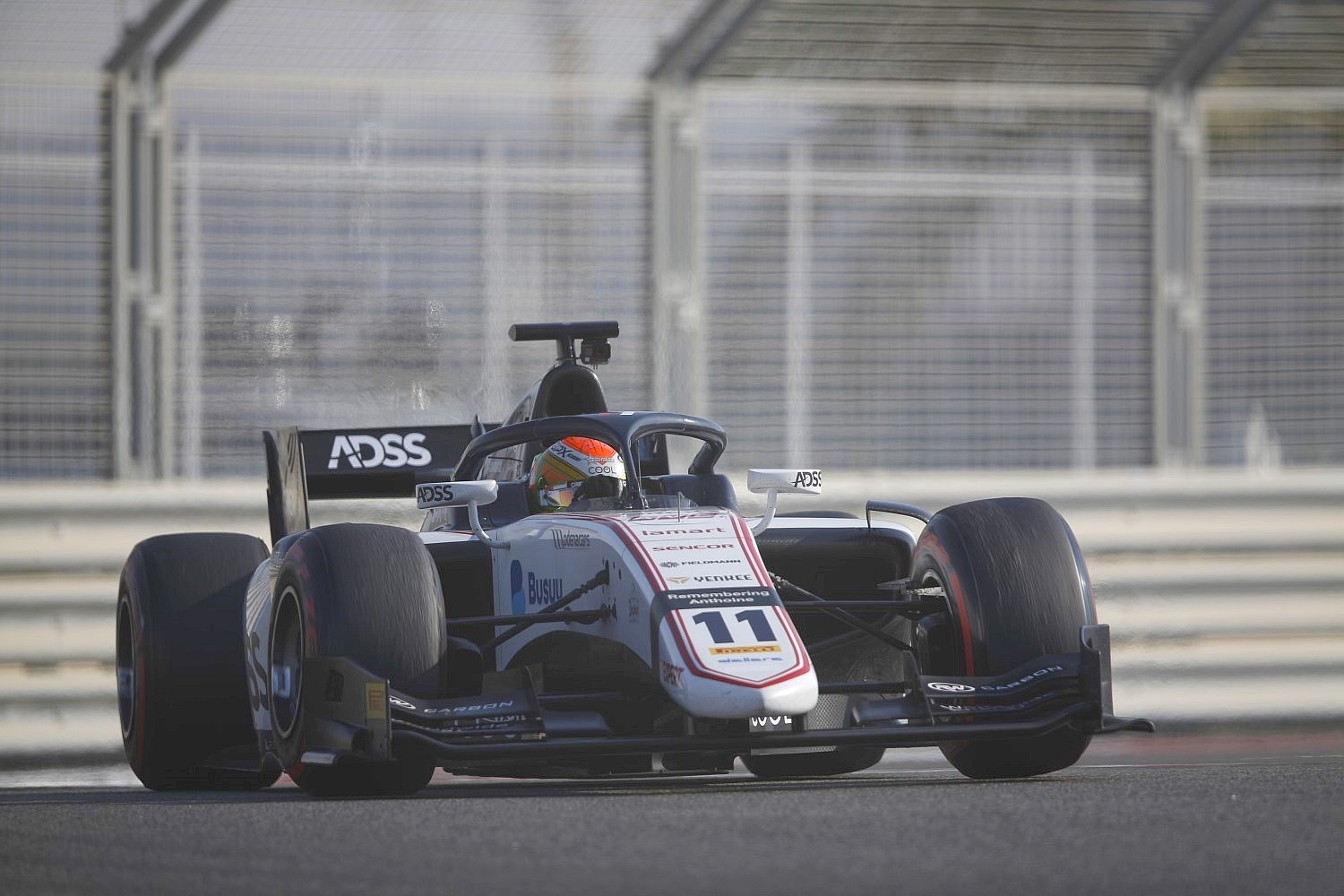 Louis Deletraz led post-season testing in Abu Dhabi for the second day in a row, as the experienced Swiss racer continues to revel in Charouz machinery. The in-form 22-year-old finished ahead of PREMA Racing’s Robert Shwartzman and Carlin’s Nikita Mazepin.

There were just two changes to the field for the second day of testing, as Ralph Boschung took a turn in the MP Motorsport and Roy Nissany tried out the Trident.

With 20 minutes gone, it was a similar story to the morning of testing on Day 1, as Mick Schumacher put in a series of fast laps to top the table, setting the benchmark at 1:51.308. Deletraz was swiftly back on top though, as he smashed the fastest time from the first day to leap above the German.

Callum Ilott followed suit in the UNI-Virtuosi, as he matched Deletraz’ time of 1:50.461 exactly, to prop him up in first. Marcus Armstrong has had no trouble making the leap from Formula 3 so far, as the ART Grand Prix ace topped the times for the second time in as many days, leaping above Deletraz and Ilott.

Mazepin was running fourth, and also faster than on Day 1, when his Carlin machine stopped on track and brought out a fleeting red flag. The session got underway once more with 50 minutes to go, but no one would better Armstrong before lunch. Deletraz, Ilott, Mazepin and Guanyu Zhou completed the top five. Boschung was sixth on his return to F2, ahead of Shwartzman, Daniel Ticktum, Felipe Drugovich and Christian Lundgaard.

The afternoon stint was much more focused on long-runs, as the drivers divided 682 laps between them. Giuliano Alesi led for the first hour in his new BWT HWA RACELAB machine, before Drugovich and Boschung both took turns with the MP Motorsport.

Shwartzman enjoyed his first spell at the top of the leaderboard when he broke the 1m 52s barrier with two and a half hours of the afternoon to go. The F3 Champ led for all but five minutes of the remaining time, as Deletraz stole the show for the second day in a row.

Leaving it late once again, the Charouz racer beat Shwartzman’s time by 0.052s to run home first. That left the Russian to settle for second, ahead of Mazepin, Piquet and Boschung. Drugovich, Yuki Tsunoda, Artem Markelov, Alesi and Marino Sato completed the top 10.

The last day of testing begins tomorrow at 9am (local time), when Deletraz will attempt to make it a hat-trick and top all three days.