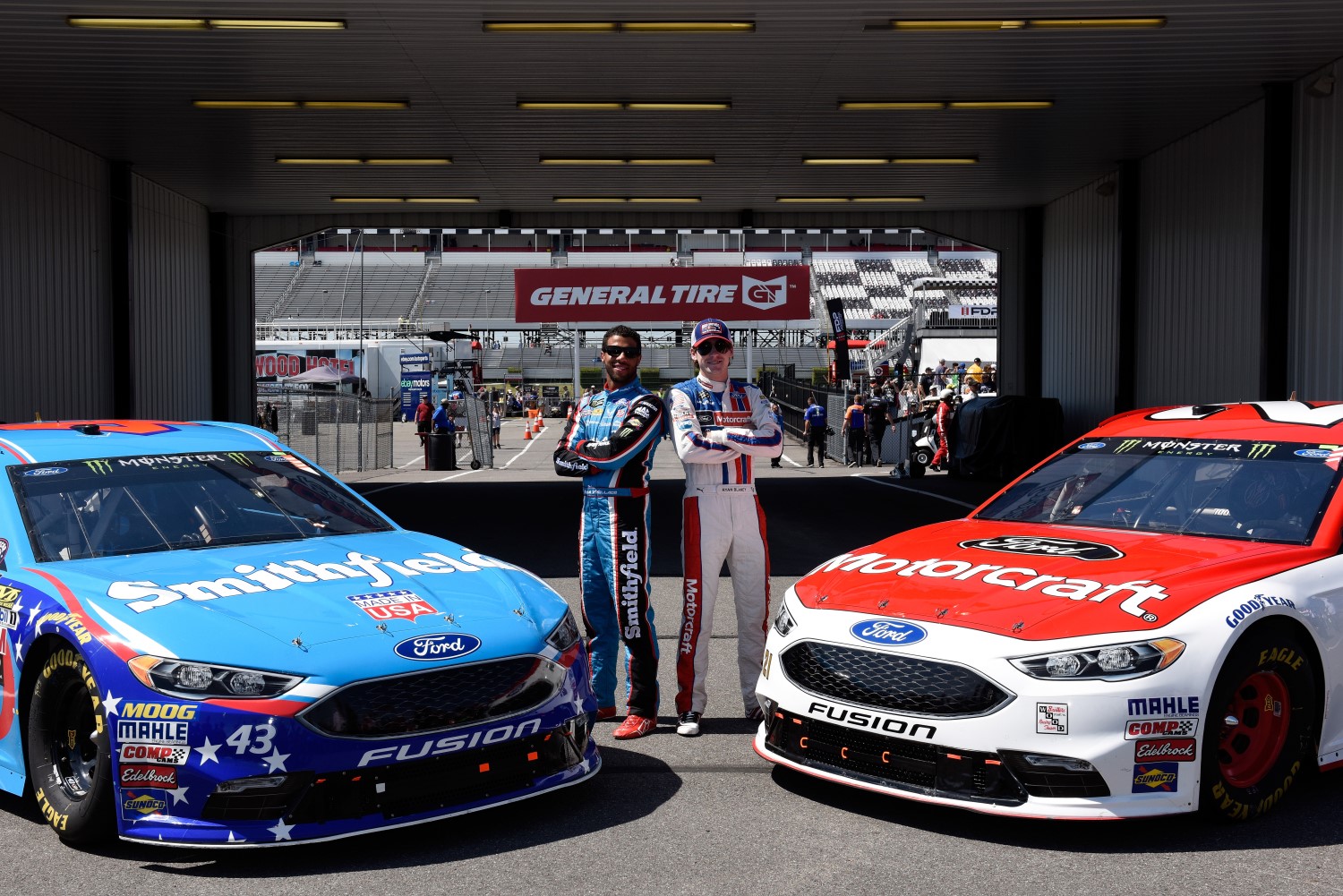 Editor's note: This Sports Business Daily article notes changes could be coming at Richard Petty Motorsports, amongst them Darrell Wallace Jr. replacing Aric Almirola. The article also mentions the team may switch from Ford to Chevy. We highly doubt this will happen if Wallace joins the team, as he is deeply connected to Ford.

Smithfield Foods is working toward a return to Monster Energy NASCAR Cup Series team Richard Petty Motorsports, according to sources. The Virginia-based company is in a contract year with RPM, and the company has been pursued by several competing teams.

While a deal with RPM is not finalized, Smithfield is said to be in talks to return there. Team co-Owner Richard Petty has expressed mixed messages in his public comments about trying to keep Smithfield. He told NBC Sports last month that he was "confident" about it, but that came just a week after he told Racer magazine that the team was "struggling" to earn the renewal.

Smithfield has been linked with moves away from RPM, most notably with Stewart-Haas Racing's #10 Ford that is currently driven by Danica Patrick. The company signed a three-year extension with RPM in 2014 through this season, and it is believed to be spending in the $10-12M range annually as the team's most visible sponsor.

Sources said that the company is looking at recalibrating its spend next year in the form of cuts to the program. Retaining Smithfield would be a vital development for RPM, which industry execs have feared could land in financial trouble if it lost the company.

Smithfield has turned into one of the sport's most active brands, securing media buys on both Fox and NBC, as well as initiating an at-track activation presence. The company has heavily leveraged working with Petty, the sport's most winning driver of all time. RPM declined comment; Smithfield did not return a request for comment by presstime.

AND The #43 Ford sponsored by Smithfield is driven by Aric Almirola, and the Cuban-American driver's contract is up after this year. RPM has said that it is working to find additional sponsorship for a full-season effort in the #44 car for Bubba Wallace, who drove the #43 four times earlier this season while Almirola was recovering from injury. Sources said that it is possible that Wallace could end up replacing Almirola in the #43. A source close to RPM called such a possibility premature but did not rule it out. Meanwhile, RPM's manufacturer deal with Ford is also up after this year, and sources said it is possible that the team could switch to Chevy next season. Chevy declined comment, as did Ford.