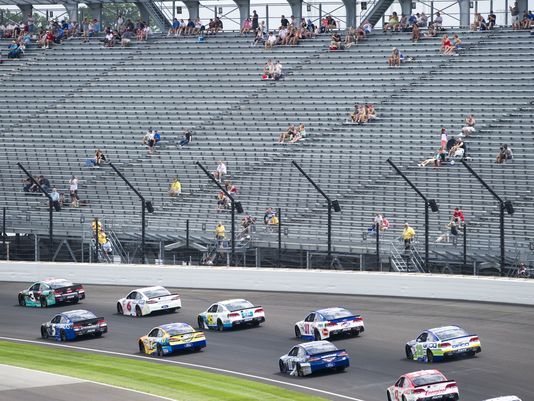 Rumor has it that the NASCAR Brickyard 400 at Indianapolis will be renamed the Ghost Town 400 after attendance was down yet again this year. Fans have little interest in seeing stock cars wallow around the flat over. And with Dale Earnhardt Jr., and probably Danica Patrick, retiring after this year, attendance will drop by another 1/3 in 2018.

If not for the TV money this race would be history.

And to think, they are moving this race to September, blocking IndyCar from having their season finale at the Speedway in a race that would be called the Indy 400 – a grand finale for IndyCar.

Instead IndyCar will hold their grand finale at Sonoma where maybe 10,000 will be in attendance….if they are lucky. Some grand finale that is.