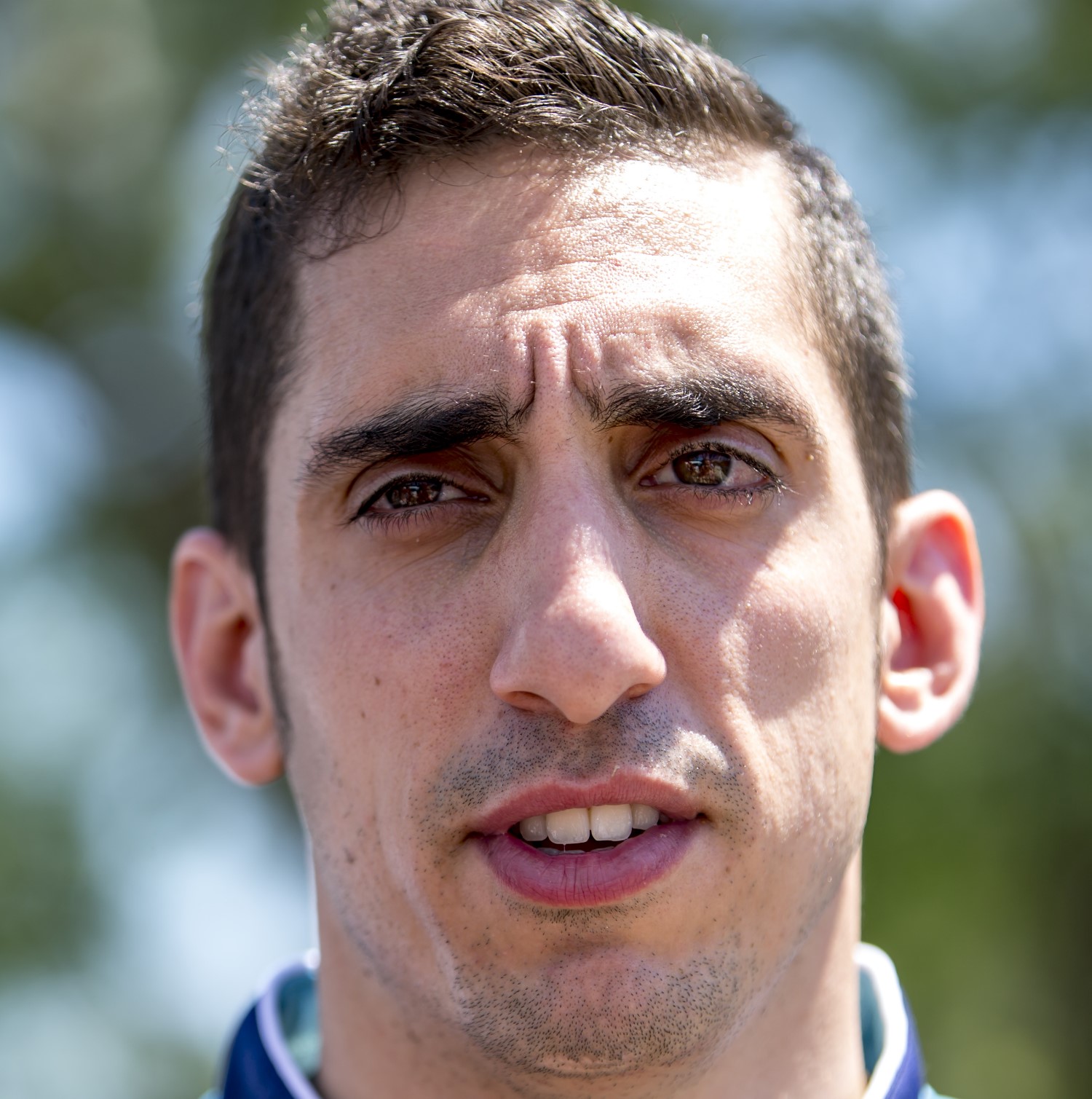 UPDATE (GMM) Sebastien Buemi is not ruling out a return to the F1 grid.

Since losing his Toro Rosso seat, the 28-year-old Swiss has become a top sports car and Formula E driver.

But Auto Motor und Sport said he was back at the wheel of a Red Bull F1 car last week to help Pirelli test tires at Paul Ricard.

There are rumors Renault advisor Alain Prost is pushing hard for the works Renault team to consider Buemi for the future.

"I don't know if Alain wants me back in formula one — he needs me in Formula E," Buemi smiled.

The timing of the Buemi rumor is interesting, as Renault is believed to be considering dumping the struggling Jolyon Palmer within this season.

Another potential contender is Robert Kubica, with the Pole stepping up his F1 testing this week. Kubica completed 90 "trouble-free laps" during a private Formula 1 test with Renault at Paul Ricard on Wednesday

The next rumor is that the Pole could then get an outing in Renault's 2017 car at the post-Hungarian GP test.

"I have not yet driven a current F1 car," Kubica told France's L'Equipe.

"I could not be ready for Silverstone as it would take me two days of tests in a current car. That would accelerate my chances 1000 per cent."

Renault boss Cyril Abiteboul says it is "too early to say if Robert will be with us in Budapest".

07/04/17 While Renault has continued to play down the story, one has to admit that the French manufacturer has continually appeared to douse the flames with gasoline.

Last month, at a time Jolyon Palmer was struggling to open his points account and speculation over his future with Renault mounted, the French manufacturer gave Robert Kubica an outing in one of its old cars.

Despite the protestations that it was a private test, unfinished business and the work of a few sentimental souls at Enstone who had worked alongside the Pole before his horrendous rally crash in February 2011, the story refused to go away.

Speaking in Baku, as Palmer's miserable season went from bad to worse, team boss Cyril Abiteboul was keen to kill rumors of Kubica driving the Renault in FP1 at Monza.

"I don't know where this is coming from and I can completely wipe that one out," he told reporters. "Robert has been a family member of the Enstone team, he has been very close and very loyal.

"The team in Enstone, which is a very small group of people, actually have been very loyal to a number of drivers. In particular Robert made a huge impression on people who've been around, Alan Permane, Bob Bell, Ricardo on the Viry side. People feel very loyal and feel they owe something to Robert for making something big in their life and there was this opportunity that we give to him, that we could afford to him to drive again, because it was actually a marketing event that got cancelled, so we had a car available at the track and we offered that opportunity to him.

"There is nothing else that is planned for the time being," he concluded, before adding… "apart from a marketing event at Goodwood, where he will be driving the same car, E20, in front of Lord March's house."

Sure enough, a week later the popular Pole was in action at Goodwood.

As rumors of a further test with Renault continue, some saying it could involve the post-Hungary test, Kubica continues to insist that a return to F1 is fully possible.

"If you asked me how much I was realistically thinking that coming back to F1 was possible, I would have put myself up to 10 or maximum 20 percent chance," he told auto Express referring to his chances before last month's test in Valencia. "Because the clock is running, not just the classification, but also I am getting older. F1 is going so fast that some people forget, not everyone, but some."

Asked what he now feels his chances of a return are, he said: "Because I'm very realistic, and I'm keeping my feet on the ground, I'd put it at 80 or 90 percent.

"You build up your own question marks, based on how you know yourself and your body," he continues, "and if you'd asked me about them after the first run at valencia, they were gone, gone, gone, gone.

"It becomes much easier than I thought. This gives you good confidence and puts you in a completely different level, of trying to have a better feeling in the car and better performance. Once my comfort, or let's say limitation things, were gone in three laps, I could concentrate on trying to get back to the proper rhythm.

"I'm surprised how it felt," he admits, "it felt for me like I hadn't driven for one month, not six years.

"My first target was to see if I could be capable of doing it, so this is more or less done," he adds. "Second, let's say, realistically talking, is raising the game slowly and step by step.

"F1 is a tough competition and I have been away from racing a long time, but I think most of the question marks I had are gone, and I'm very comfortable with it. Actually it was a huge relief for me because this test would have been a case of, 'Yes, I can do this' or 'No, I have to close the door on F1 forever'."

06/24/17 (GMM) Renault has played down swirling rumors about Robert Kubica.

Recently, the former BMW and Renault driver made his F1 test return after a six-year absence, demonstrating that he is able to run competitively with his arm injuries.

Now, the big rumor in Baku is that the Pole will drive in Friday practice at Monza later this year.

"I don't know where that came from but I can completely wipe it out," he added.

"We'll see. There is nothing else planned for (Kubica for) the time being, apart from a marketing event at Goodwood, where he will be driving the same (2012) car."

Kubica raced for Renault in Formula 1 in 2010 and was set to compete for the outfit the following season, until his career was cut short when he sustained serious arm injuries in a rally crash.

Kubica, having returned to action in rallying and circuit racing, climbed back into the cockpit of a Formula 1 car earlier this month for the first time since 2011, in a private test organized by Renault.

The Pole completed 115 laps of Valencia's Ricardo Tormo Circuit in the 2012-spec E20, and intimated afterwards that he was eyeing a "proper comeback", having been upbeat over his outing.

Kubica will be in action at next weekend's Goodwood Festival of Speed, piloting the E20 up the hillclimb, and has been linked to an FP1 outing at Monza.

However, speaking at the Azerbaijan Grand Prix, Abiteboul dismissed such notions.

"So, here's the answer on the last one: no, absolutely not," Abiteboul said when asked about the prospect of an FP1 run for Kubica at Monza.

"I don't know where this is coming from and I can completely write that off."

He added: "Robert has been a family member of the Enstone team, I should say, he's been very close and very loyal to team Enstone, which is a very small group of people.

"Robert made a huge impression on people who have been around him, they are very loyal and feel that they owe something to him for making something big in their life.

"We had a car available at the track and we offered that opportunity to Robert.

"Robert is going through some form of program to try to understand what he can do, he has been driving a number of cars; Formula E, GP3, GP2, LMP2 – you name it.

"There is nothing else that is planned for the time being, apart from a marketing event at Goodwood, where he will be driving the same car, the E20."

The Pole, who won the 2008 Canadian Grand Prix for BMW Sauber, suffered a partially severed right arm that has left him with limited movement.

But on Tuesday he completed a full day's testing with Renault at the Ricardo Tormo track in Valencia, Spain.

It is not clear whether the test, in a 2012 car, means a comeback is possible.

Renault said Kubica "complained about grip, understeer, downforce and had the biggest smile on after his 115 laps".

A reporter from the French newspaper L'Equipe said on Twitter that the 32-year-old conducted a race-simulation run and set a fastest lap time quicker than Renault reserve driver Sergei Sirotkin. Renault were not available to verify the information.

Renault driver Jolyon Palmer is under pressure after a difficult first six races of the season, in which he has been out-performed by new team-mate Nico Hulkenberg. Andrew Benson/BBC