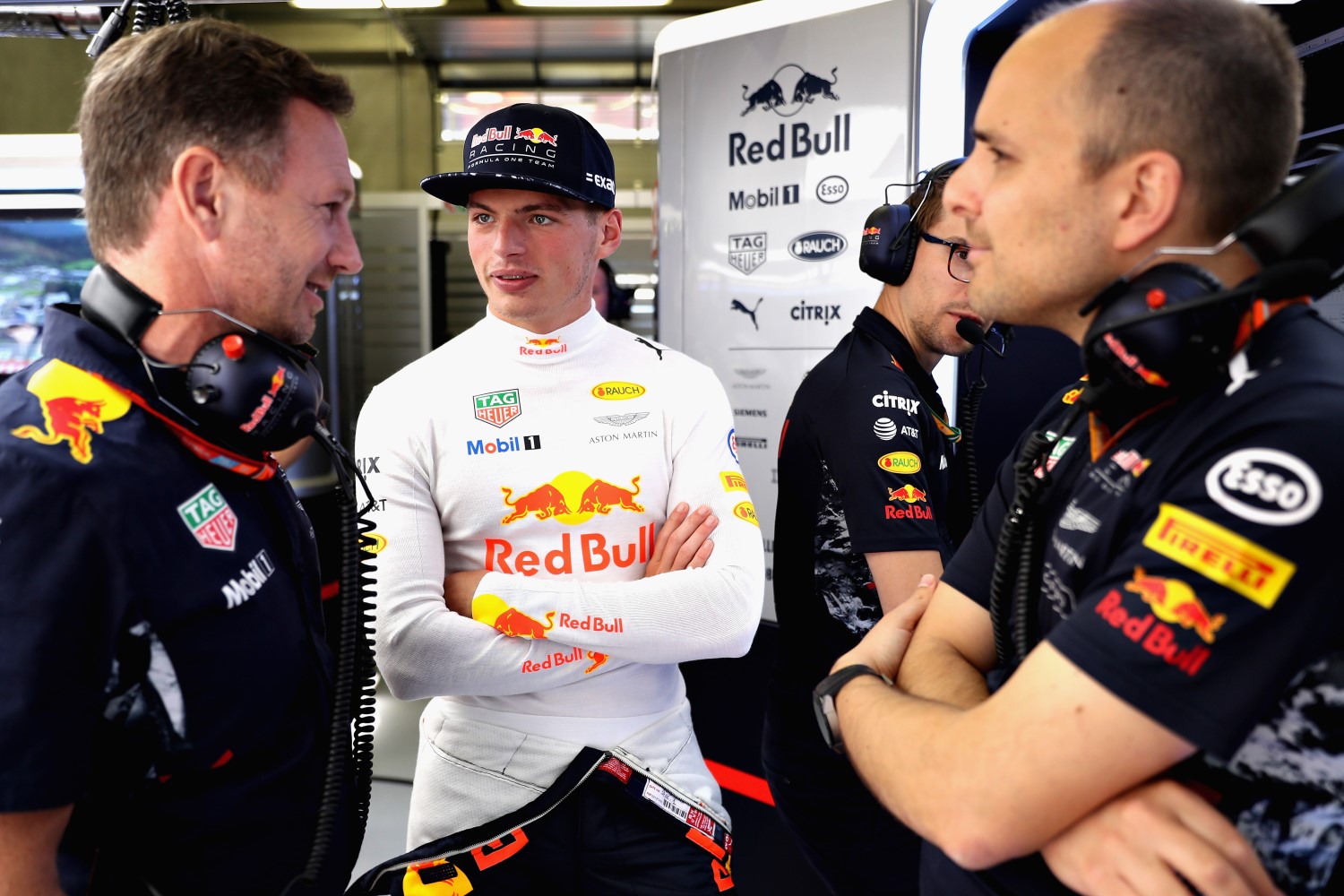 COUNTER claims and shadow games have Red Bull on the verge of crisis heading into the Austrian Grand Prix on Sunday night.

Conflicting reports from Spain and the Netherlands accuse representatives of Toro Rosso rising star Carlos Sainz of spreading rumors about Red Bull teammate Max Verstappen in a bid to replace him at Red Bull for the 2018 season.

Reports from Spain claim the Dutch sensation wants to leave Red Bull at the end of this season to sign a deal with Ferrari.

It comes as Sainz was scolded by Red Bull boss Christian Horner and chief adviser Dr Helmut Marko for his public declaration that he is unlikely to stay with the Toro Rosso, Red Bull’s development team, next year despite being under contract.

He has made no secret of his desire to be promoted to the senior Red Bull outfit after he was overlooked in favor of Verstappen last season and had to watch his former Toro Rosso teammate get promoted ahead of him to replace Daniil Kvyat in the champion outfit.

“My number one target is to be with Red Bull next year, fighting for podiums and wins," he said.

“I am going to keep pushing for this. If that doesn’t happen, a fourth year at Toro Rosso is unlikely," said Sainz.

“I am not going to close the door on any opportunity. I am definitely ready to take a step forward in my career. I am ready. I am not closing any doors and we will see what happens."

Sainz has also been linked with Ferrari, Renault, Williams and McLaren for next year.

Horner has previously said Verstappen and Ricciardo will be remaining with the team next year which means there will be no room for Sainz.

He scolded Sainz for venting his frustrations at being forced to remain at Toro Rosso and reminded his driver about their contract for 2018.

“Carlos Sainz is under contract," Horner said, according to Skysports.com.

‘We’ve exercised his option so he’s under contract and we have an option on him for next year and the year after. He’ll be in a Toro Rosso again next year.

“You have to remember, he only got a chance in Formula 1 because of Red Bull investing in him in the junior years.

“It’s a little bit disingenuous to be making comments like that. A lot of investment goes into these guys to give them the opportunity.

“Without Red Bull he wouldn’t be in a Formula 1 car."

Marko also said on Friday Sainz is “confused" and should focus on his driving.

“You don’t bite the hand that feeds you," Marko told Sky Sports.

“It was Mr Mateschitz and I who pushed Sainz into Toro Rosso, nobody else would give him a chance.

“We sent him a letter saying that we take the option. As far as I know, and as long as I have been in Red Bull, the driver doesn’t decide what they are doing with the contract. It is up to the boss and they make the decisions."

SAINZ’S trapped situation is believed to be the reason for a stunning report out of the Netherlands that claims his camp is responsible for creating rumors Verstappen wants to leave Red Bull at the end of the season to join Ferrari.

Verstappen’s desire to leave Red Bull after suffering technical problems in four of his past six grands prix were first reported in Spanish media.

The reports of Verstappen’s desire to get out of Red Bull have since gone global.

The Independent reports “pit lane sources" have told the newspaper it is only a matter of time before Verstappen walks away.

However, a contrasting report out of the Netherlands claims there is no truth to the story Verstappen wants to leave.

Dutch Formula 1 commentator Olav Mol has declared the reports linking Verstappen to Ferrari were designed by the Sainz camp to create unrest in the Red Bull garage.

Mol told grandprixradio.nl the rumors were the brainchild of Sainz’s father Carlos Sainz Snr, who is unhappy that his son’s career has stalled at Toro Rosso.

“They hope to cause trouble," Mol said of the Verstappen rumor.