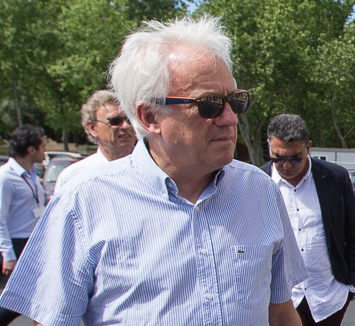 (GMM) Speculation is once again doing the rounds that long time F1 race director Charlie Whiting could be set to be replaced.

With Bernie Ecclestone departing, many others linked with the former F1 supremo also left the sport, including Herbie Blash and Pasquale Lattuneddu.

Some at the time said Whiting, a long-time Ecclestone ally dating back to the Brabham team days, may also go soon as well — but the rumor was denied.

But writing in the Spanish sports daily Marca, correspondent Jose Maria Rubio said the Whiting rumors are back.

"All indications are that French engineer Laurent Mekies, who has been with the FIA since leaving Toro Rosso, will be his successor," he wrote.

"Mekies could take on the new role next year, so that after Whiting goes, there will be almost no one left in key positions from the Bernie era," Rubio added.