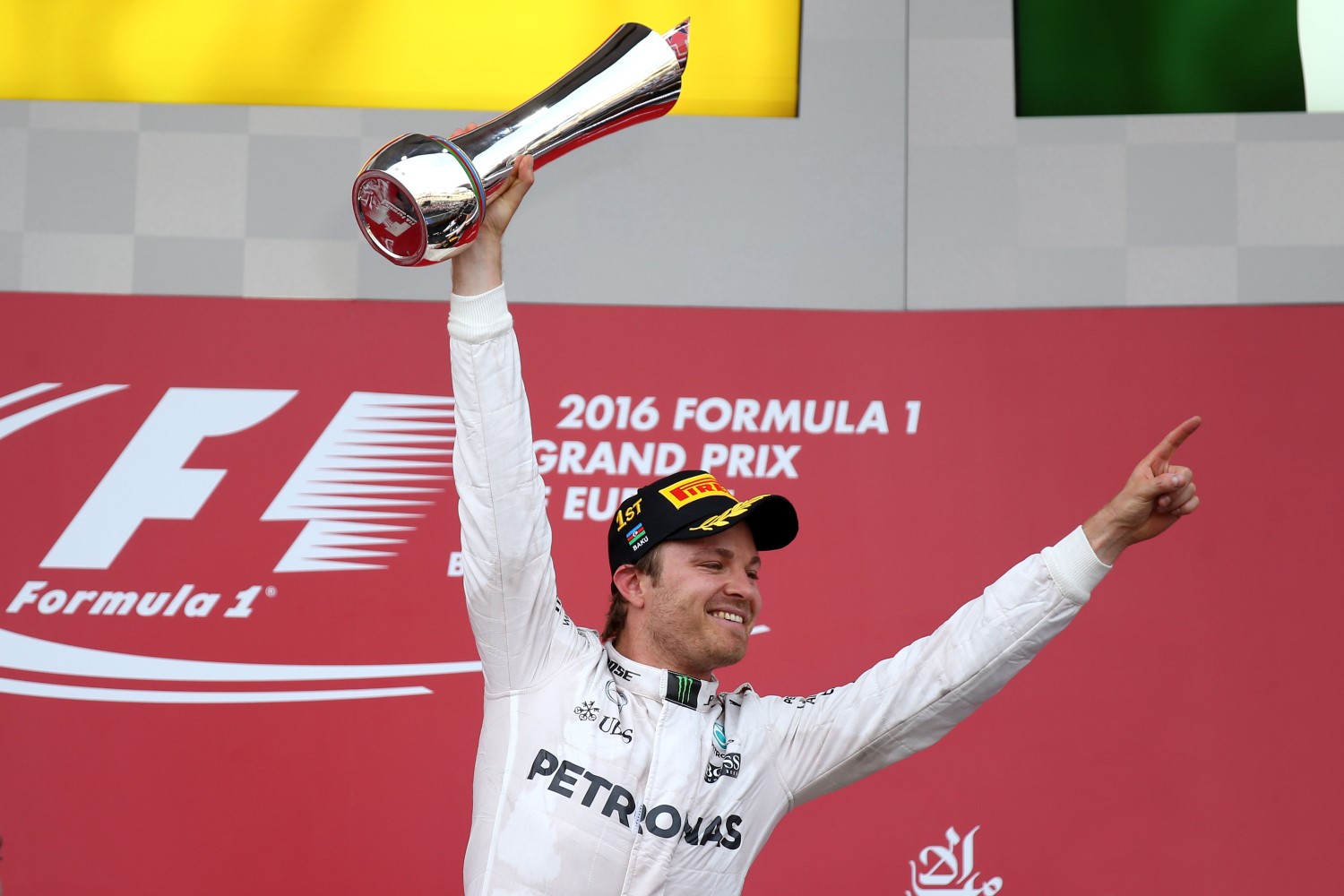 Seeing all the analysis that had been done after Monaco come together so well in Canada gave us great satisfaction. Now, it's about maintaining that momentum.

That's the nice bit and also the difficult bit in Formula One. The last race doesn't count any more. You're being benchmarked constantly on the current performance. Public companies issue reports four times per year. We do it 20 times, on a very public platform – the race track.

When you have a bad day, you can either be downbeat about it or pull yourself up and start to act on it. This is what we have done. We moved on – and these are the days that make you progress much more than the good days. Like the old saying goes, success is a lousy teacher. Every time we've had a difficult weekend we have come back stronger. And that speaks volumes for the people in this team.

In this season, where it's so close, you need to take it one race at a time and try to have the best package at each race – chassis, Power Unit, and drivers. This is how we are approaching it and that's the only way.

It's a long Championship. There will be weekends that are good and ones that are not so good. It's about making the best out of it each time – maximizing the points that are on the table during the difficult times and bringing the trophies home when everything does come together.

Lewis is in the best place I have seen him during any of the last five years since he joined the team. Not only because he had a great weekend in Montreal – but because he is coping so well with the difficult days. This is what the very best are made of. When the fight gets tough, they get over it quickly and maximize their opportunities.

Likewise, Valtteri is in a strong position. You would never think he joined the team very last minute over the winter and, after, seven Grands Prix, he has exceeded even our expectations. He's been on pole, won a race and challenged Lewis on both Saturday and Sundays. For him, it's now just about putting it all together every single weekend and I have no doubt he will do that.

In terms of the car, we've joked about it being a bit of a diva. But it's a good car – though sometimes it can be difficult. This is something we have to accept so that we can understand and appreciate the many positive characteristics that it has. I believe our car is the fastest on the grid and I wouldn't want any other.

It's always interesting to discover new places and I really didn't know what to expect going to Azerbaijan for the first time last year. They've done a great job with the circuit, the city center is beautiful, the infrastructure works well and our hosts look after us well, so I'm looking forward to going back again.

The bond between driver and race car might be the most prominent in the paddock. But just as important a relationship is that between the cars, their tires, and the black stuff below – the track surface. And it's an important one too. It's those chunky Pirellis that connect the car to the circuit, and the interaction between tire and track surface that generates grip.

Barely a Grand Prix media session passes without mention of track surface in relation to car set-up – usually in reference to the eternal quest for the perfect balance. Different track surfaces completely transform the grip generated by a tire, influencing everything from set-up to strategy. So, naturally, it's crucial for teams to understand how that interaction will develop each weekend.

On a particularly 'smooth' track (as seen in Baku or Mexico City, for example), the surface is less abrasive, tire wear is expected to be lower and it's generally a lot easier to look after the rubber – aside from under extremes of temperature – meaning that softer compounds are a viable option. This is due to the fact that, when the tire is compressed into the track surface under load, there is no part of the rubber moulding into the ground.

When tarmac is laid, it contains stones and bitumen. Initially, the bitumen serves as a layer over the stones, making it very smooth. But, as time continues to pass, the surface becomes increasingly worn. This natural evolution of a track surface creates significant variations in tire behaviours.

Bahrain and Barcelona are both examples of what engineers would term a 'rough' circuit, where the peaks and troughs of the aggregate on the surface can be seen. When a tire runs over this surface it stresses the rubber, which not only has an effect on grip levels but also increases sliding – which in turn increases the wear rate of the rubber. Circuits which feature high-speed corners, high cornering loads and old tarmac are particularly aggressive on wear – Suzuka being a prime example.

Ultimately, Formula One engineers aren't phased by either type of surface. What matters is that they understand what type of surface they'll be racing on so that they can then set the car up to generate the right kind of grip. Even at two similar circuit configurations, running a car with an identical set-up would yield a completely different balance at each venue if the tarmac were different. And in terms of strategy, the nature of the track has a significant influence on wear and degradation.

The other notable multiplier in the mix is temperature. New tarmac is typically very dark in colour. And because it's so dark, it reaches a very high temperature in direct sunlight. In Baku last year, for example, track temperature peaked at 55Â°C – approaching the point at which it starts to become extremely difficult to keep the tires under control. As the surface became too hot, teams began to struggle with a loss of grip, which directly hurt wear and degradation and subsequently influenced strategy calls on the pit wall.

Extremes of temperature don't always affect tire performance in the same way on different track surfaces, however. In fact, even the fundamental science behind such calculations can't explain every aspect of the relationship between temperatures, tires and the track surface. It's a constant learning curve for every team in the pit lane – and one which will need to be mastered for a successful weekend in Baku.

Stat Attack: Azerbaijan and Beyond