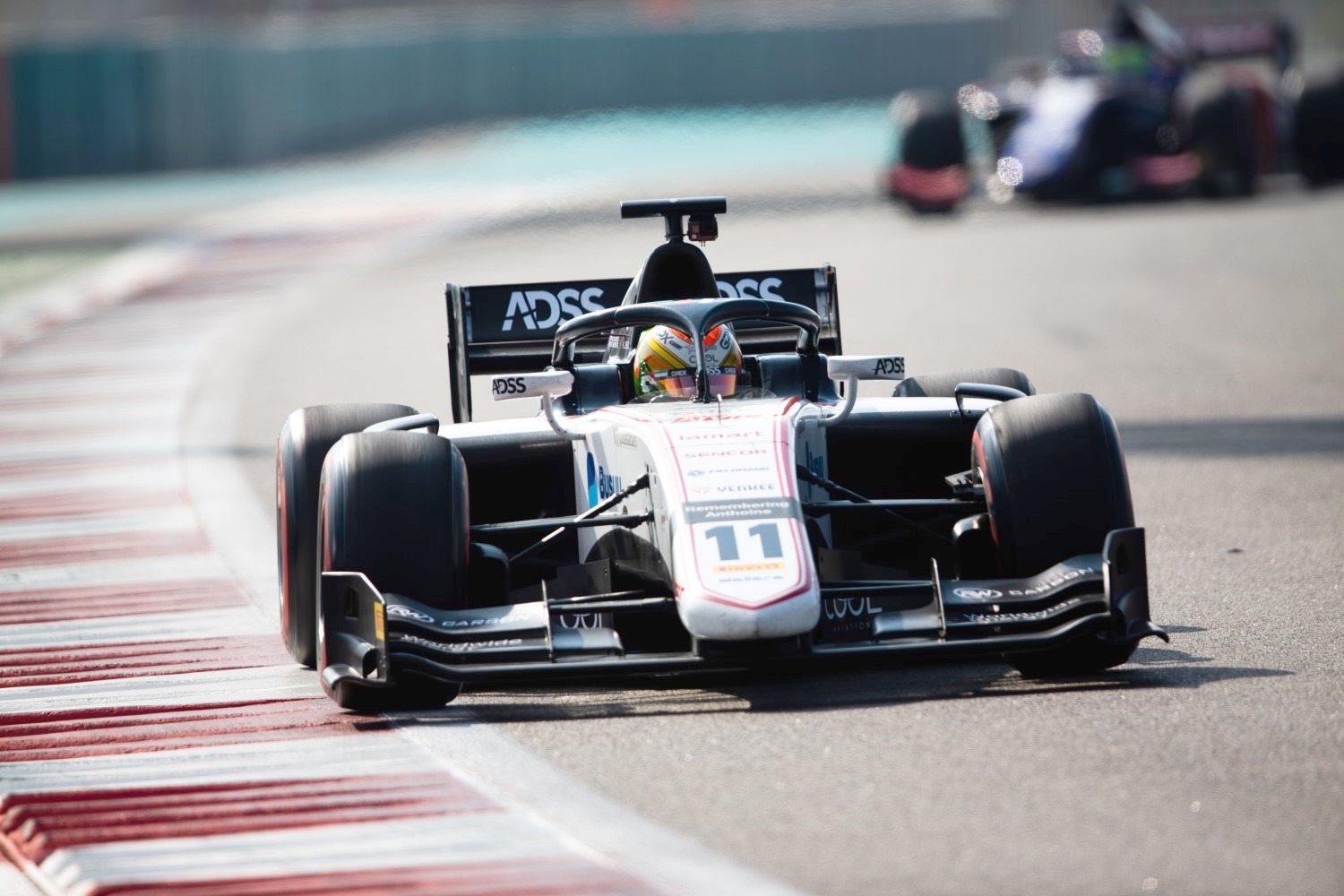 Testing out Charouz machinery, Louis Deletraz set the fastest time of the first day of post-season testing in Abu Dhabi, posting 1:50.543 with less than a minute of the afternoon session to go. The Swiss racer finished ahead of ART Grand Prix duo Marcus Armstrong and Christian Lundgaard, who made the jump up from Formula 3.

The new look F2 field set off around the Yas Marina Circuit in sunny conditions on Thursday morning, with a variety of new testers, and confirmed 2020 drivers on show for the first time. Armstrong’s first F2 outing didn’t quite go to plan to begin with, as the ART man came to a halt on his installation lap.

When the session got back underway, Felipe Drugovich was the first to run a fast time, setting 2:12.921 on his maiden stint in the MP Motorsport machine. Deletraz quickly displayed his experience, as he broke the 2m barrier and set the standard at 1:51.080, in the Charouz.

Mick Schumacher will be eyeing further improvement in 2020, having adjusted steadily to F2 machinery in his rookie season. The PREMA ace got off on the right foot in post-season testing, as he climbed to the top of the early timings. The German led a tight front three, with himself, Deletraz and Nikita Mazepin separated by less than a tenth.

The German’s time of 1:50.947 wouldn’t be beaten in the morning, as the teams switched their attentions to long runs, getting in 517 laps between them. Following Schumacher in the top 10 was Deletraz, Mazepin, Guanyu Zhou, Sean Gelael, Luca Ghiotto, Callum Ilott, Artem Markelov, Dan Ticktum and Niko Kari.

Campos Racing were the first team to return to the track for the afternoon stint, as Kari set the early bench mark. Deletraz followed in second, as he continued his testing form. The Swiss driver’s Charouz stablemate Pedro Piquet leapfrogged the pair of them shortly after for P1, as he grew accustomed to his faster, more powerful machinery.

That was until ART Grand Prix flexed their muscles. The Championship winning outfit stole control of second half of the session, as Lundgaard and Armstrong went first and second with 1:50.923 and 1:51:180.

Felipe Drugovich and Mahaveer Raghunathan both brought brief halts to the running, as the duo stopped on track during the afternoon. Little changed in between as focus shifted back onto to getting laps under their belts.

Armstrong swapped places with his ART teammate, as the Ferrari F1 junior posted a time just over a tenth quicker. The Kiwi looked to have wrapped up the day, before Deletraz’s final lap of the afternoon shifted control. With less than a minute remaining, the Swiss ace stormed around the Yas Marina Circuit 0.255s faster and stole P1.

Joining Deletraz in the top 10 was Armstrong, Lundgaard, Schumacher, Markelov, Piquet, Ticktum, Gelael, Shwartzman and Giuliano Alesi. The field will get another opportunity to test out their machinery at 9am tomorrow (local time).