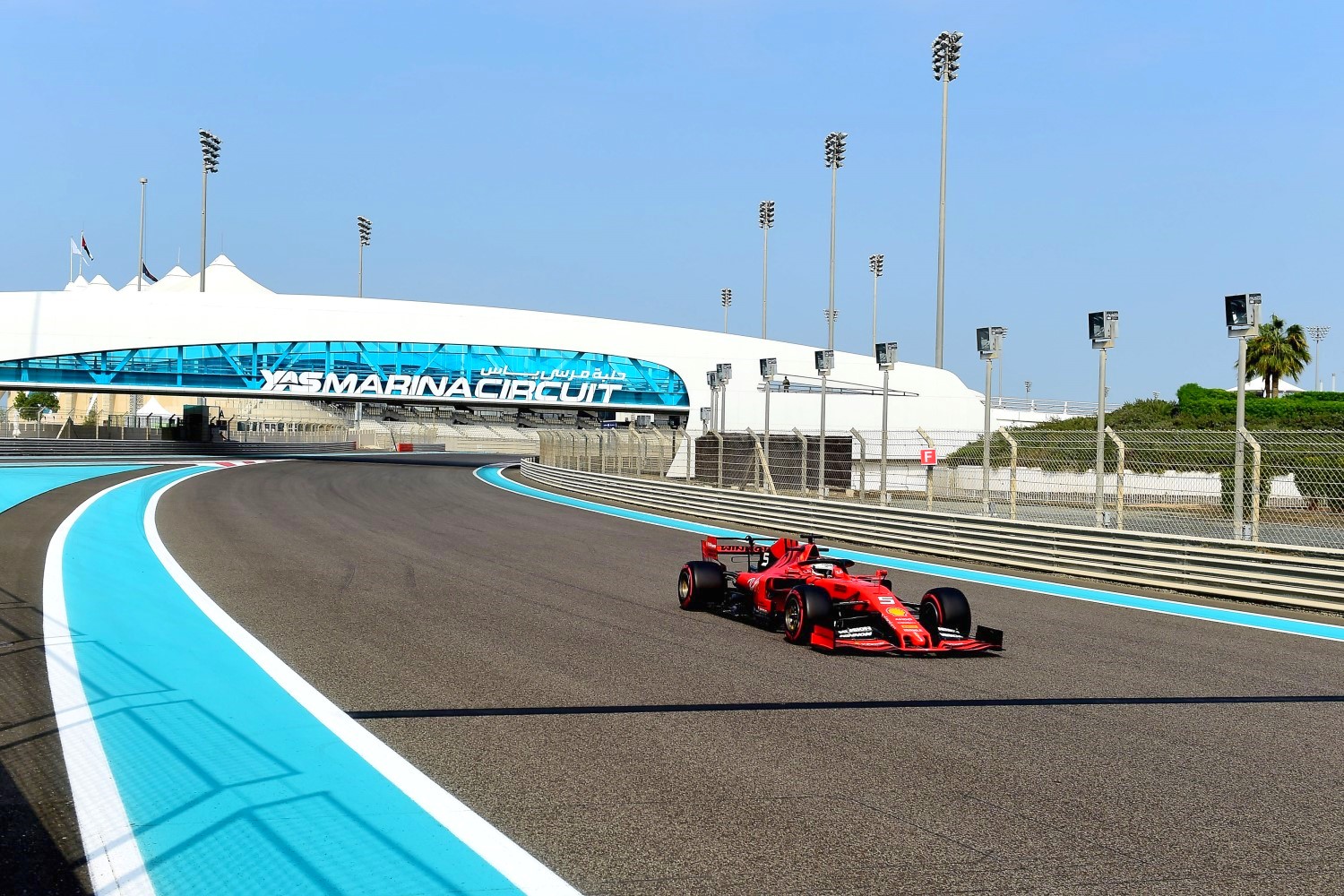 Just over 36 hours on from the final Grand Prix of the 2019 season, the F1 teams and drivers were back on track in Abu Dhabi for the first of two days testing which marks the end of the year.

First hour. In the first 60 minutes, the teams were allowed to fit aero measurement devices to the cars.

Morning. After 10am, the Pirelli test program began with teams running a comparison between the 2019 and 2020 Pirelli tires, for the first time since they initially tried next year’s rubber during free practice for the United States Grand Prix in Austin. Back then, testing had been inconclusive because of the very cold weather and the fact that the Circuit of the Americas track is very bumpy.

Afternoon. The drivers were back on track before 13.30 and then got through the program without a hitch. Vettel, like others tried all the compounds available, both 2019 and 2020, doing several long runs. His best time of 1’37"991 was set at the start of the afternoon on the C5 compound and ended up being the second best of the day behind Valtteri Bottas’ 1’37"124.

Valtteri Bottas
It's been a very productive day today, we did more than 750 kilometers. We've been learning about the 2020 tires and how they compare to this year's tires. We gathered a lot of data for the team to analyze over the coming weeks. I still have a few more team commitments before I eventually leave for the holidays and I'll head off for the break with a positive mindset after a strong season and a good last day of testing with this year's car.

Andrew Shovlin
It's been a busy day; we completed 760km, the car has run well and Valtteri has given us some good feedback on the new tires. There's a lot of data to go through to understand the differences between the new and old tires and we'll have to get through that before drawing any conclusions. It's quite difficult testing during the daytime as the track temperature is changing almost every run, which you need to factor into your analysis. We've got George in the car tomorrow for the final day and another busy program planned.

Sebastian Vettel #5
“It was a useful day to get a proper idea of the 2020 tires in comparison with this year’s. So today, a comparison was our main task and we tried to maximize the track time, completing well over 100 laps.
Tomorrow there’s another day to evaluate the tires with Charles and it will be important to record his feedback."

George Russell
It was a productive day in the car. We ran five sets of 2020 tyres and gathered some useful information, which will benefit us next season. I am looking forward to Australia and going racing again.

Roy Nissany
Firstly, I feel great. You know that feeling that you like your job and you know what you are doing. It took me four laps to get comfortable in the car, and from there on it was just building up my pace and confidence. We were improving and making our best laps until the end, and we made a few changes according to my wishes. I now feel confident in the car, with a lot of potential in our pocket so that tomorrow morning will be exactly what we need for the last improvements in 2019.