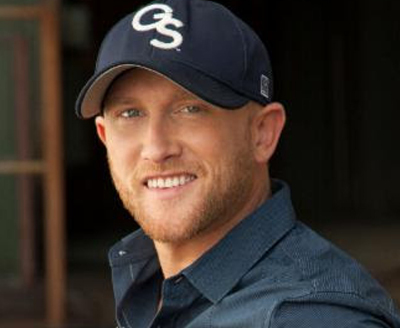 Swindell is the latest musical artist to be added to the program as NASCAR makes its inaugural visit to Music City next month for Champion’s Week. Swindell joins Chris Janson and Cassadee Pope, who will co-host the event with NASCAR on NBC’s Rutledge Wood.

“I grew up watching Earnhardt as a kid with my dad and two brothers," Swindell said. “I’ve been a NASCAR fan since I was a kid and have been blessed to become friends with some of the drivers in recent years. So this is a big honor to be invited to perform at the NASCAR awards as they recognize some of their best drivers, and we get to do it all in Nashville!"

Swindell is an 11-time No. 1 singer/songwriter who released his third album, All of It, in 2018, and it debuted at No. 1 on the Billboard Country album chart. The first single “Break Up In The End" was nominated for a Grammy for Best Country Song, nominated for ACM Song of the Year and was named one of the best country songs of 2018 by Amazon, Spotify, Billboard and YouTube, among others.

The album’s second single, “Love You Too Late," became Swindell’s ninth career No. 1 single as a recording artist and the 11th No. 1 hit for him as a songwriter. The Georgia native kicks off his headlining Down To Earth Tour in March 2020.

Swindell will join the Champion’s Week celebration as Nashville hosts three days of events from Dec. 3-5, including fan interactions, musical acts, driver appearances and much more.

Among the events will be NASCAR Night at the Opry, Burnouts on Broadway and the NASCAR Awards and red carpet.