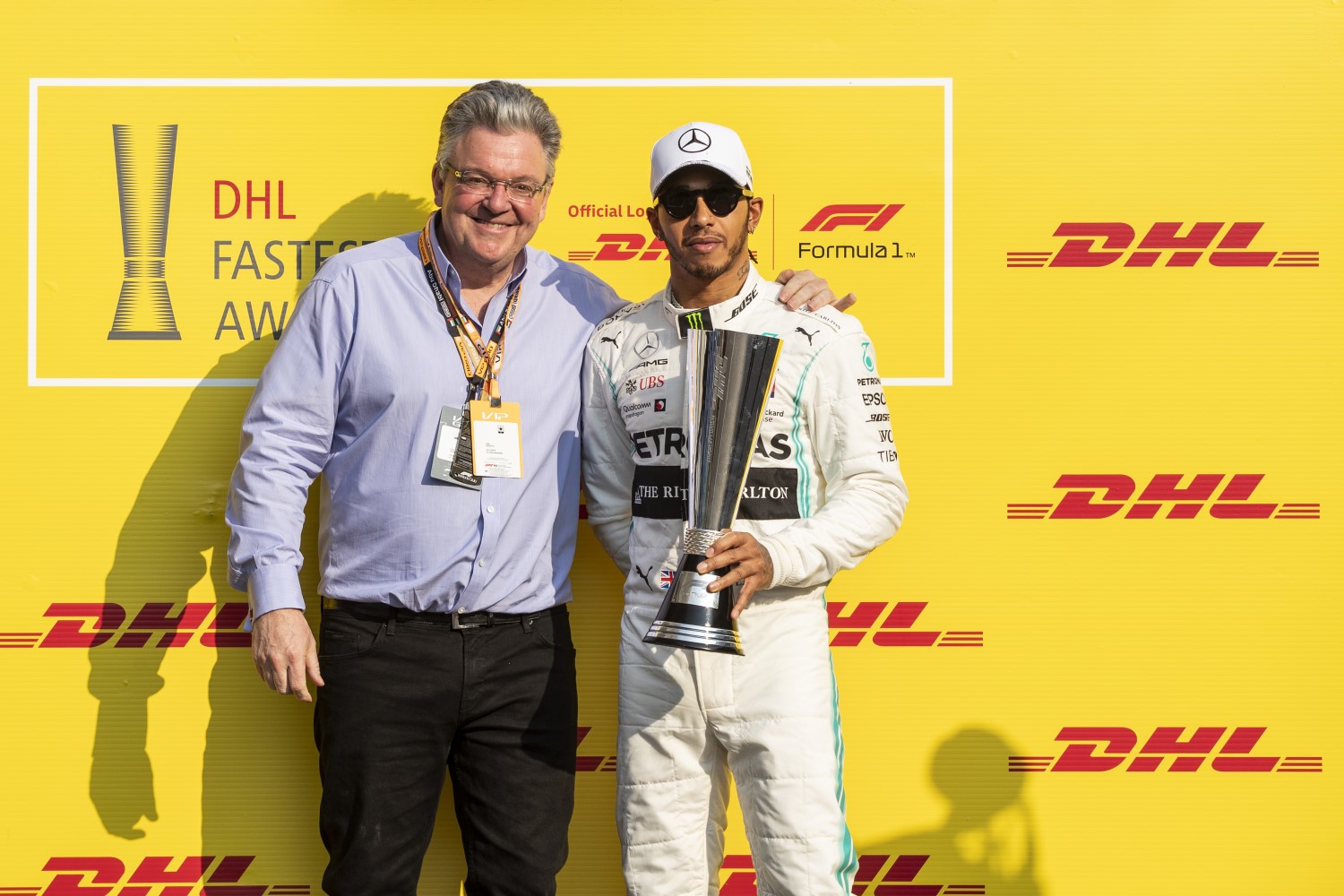 At the FORMULA 1 ETIHAD AIRWAYS ABU DHABI GRAND PRIX 2019 on December 1, logistics partner DHL again presented two awards: the DHL Fastest Lap Award to the driver with the most fastest laps and the DHL Fastest Pit Stop Award to the team that most consistently achieved the fastest pit stops over the course of the season. The DHL Fastest Lap Award this season goes to Lewis Hamilton, who drives for the Mercedes-AMG Petronas Motorsport team and was crowned Formula 1 World Champion early this season. In a repeat of last year, the DHL Fastest Pit Stop Award will be won by Aston Martin Red Bull Racing, which impressed with three world record times in a single season prior to the race on Sunday.

Six-time world champion Lewis Hamilton is the winner of the DHL Fastest Lap Award before the final race weekend of the season in Abu Dhabi has even taken place after posting the fastest lap five times in the 20 previous races. He also set the most second-fastest laps (four). Charles Leclerc in second place has secured four fastest laps ahead of the final round, and so, could at best only draw level with Hamilton with another fastest lap in Abu Dhabi, in which case, the British driver’s total of second-fastest laps would still have decided the award in his favor.

“Besides the performance in the drivers’ championship, fastest lap times have always been important in Formula 1, which is why our award is coveted by both drivers and teams," added John Pearson.

After thoroughly considering the matter in consultation with Formula 1, the FIA took that fact into account in this year’s regulations governing the battle for the championship, which introduced a bonus point to be awarded to the driver with the fastest lap time – provided he finishes in the top ten. Its reintroduction after six decades came about after canvassing the opinion of thousands of fans around the world over many months. “Although the bonus point was not decisive for the title this season, it delivered extra excitement and top driving performance," says Pearson.

With four awards, World Champion Lewis Hamilton is now the leading record holder for the DHL Fastest Lap Award, having overtaken Sebastian Vettel, who was previously level with him on three awards. Being asked about the award, Hamilton says: “Fastest lap has a different importance this year because it’s another point in the championship, so it has a bigger meaning from now on. It has been fun to chase the purple times at the end of the races, and I have had some really good laps – I can remember Silverstone, on older tyres and really pushing to the limit right before the chequered flag, in front of my home fans. The extra point has added some spice to the final laps of the races and it’s pretty cool that we’ve done a good job this year in that area."

The DHL Fastest Lap Award was launched in 2007. It recognizes the driver who consistently achieves the fastest speed and sets the most fastest laps over the course of a season. The award is inspired by success criteria that are equally important in both F1 and logistics for delivering outstanding performance – speed, focus, reliability and precision.

The race for the DHL Fastest Pit Stop Award, which, as in 2018, goes to Red Bull, was decided more clearly this season. It made Red Bull the first team in history to defend the Fastest Pit Stop Award. The team also eclipsed Felipe Massa’s 2016 world record for the fastest pit stop of 1.92 seconds three times during the current season, most recently at the Brazilian Grand Prix, where Max Verstappen came out of the pits in a record time of just 1.82 seconds.

As Official Logistics Partner, DHL has been presenting this award to the team that has consistently been the best pit stop performer since 2015. “The outstanding performances this season impressively prove that Formula 1 is also a team sport," says John Pearson. “In order to set such record times, the entire team in the pit lane has to work “as one" under extreme time pressure. Red Bull has impressively demonstrated what is possible by racking up a series of records." Up to the World Championship finale in Abu Dhabi, a total of 621 pit stops had already been made in the 2019 Formula 1 season. Up to that point, apart from Red Bull, only the Williams team had made it into the top ten pit stop times. “I’m very proud of our team in the pit lane," says Jonathan Wheatley, Sporting Director. “Setting a new world record three times in a single season really is something special, we were focused on improving our performance and are proud to see our efforts rewarded!"

DHL has been active in Formula 1 for over 35 years and, as logistics partner, ensures that the “race between races" in the elite world of motor racing runs smoothly. DHL ensures the safe and timely delivery of vehicles and replacement parts as well as marketing and hospitality equipment to the world’s race venues, relying on an efficient, multi-modal approach comprising air, land and ocean freight solutions. As a pioneer in the area of green logistics, DHL will also assist Formula 1 in implementing a new sustainability strategy that was recently announced.