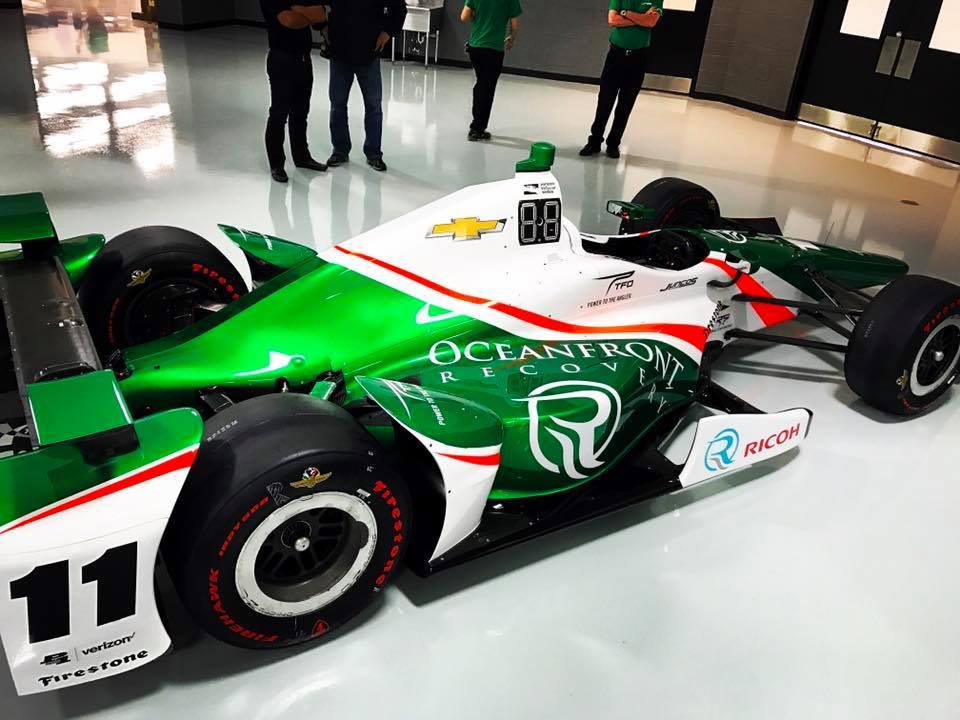 05/09/17 This rumor is upgraded to 'fact' today. Juncos Racing announced today that Spencer Pigot will drive for the team in the 101st Running of the Indianapolis 500 presented by PennGrade Motor Oil at the Indianapolis Motor Speedway in Speedway, Indiana..

Pigot, 23, will pilot the No. 11 Juncos Racing Dallara/Chevrolet/Firestone entry with sponsorship from Oceanfront Recovery through Rising Star Racing. Pigot previously drove for Juncos Racing beginning in Karts in 2003 and subsequently captured the 2014 Pro Mazda Championship and the 2015 Indy Lights Championship for the team. Juncos Racing is expanding its racing program to include the Verizon IndyCar Series by contesting the team’s first Indianapolis 500 in 2017.

“I am personally very happy to be able to formally announce that Spencer (Pigot) will be driving for Juncos Racing in the 101st running of the Indianapolis 500," said Juncos Racing owner Ricardo Juncos. “As most people know Spencer started with our team in 2003 driving Karts. We reunited in 2014 and won the Pro Mazda Series championship then Spencer helped us win the Indy Lights team championship in 2015. This is, hopefully, the next step in our successful relationship together.

“I want to thank Ed Carpenter for allowing Spencer to take advantage of this opportunity. I also have to thank Oceanfront Recovery and Rising Star Racing for their support as well as Chevrolet for supplying the power and durability that our team will need to successfully compete in the Indy 500."

Pigot, who will be making his second Indy 500 start, contested 10 Verizon IndyCar Series events in 2016. He ran three races in 2016 for Rahal Letterman Lanigan Racing including his first Indy 500 where he qualified 29th and finished 25th. He contested seven races in 2016 with Ed Carpenter Racing scoring two top-10 finishes including a career best seventh place showing at Mid-Ohio (ninth at Road America). He is scheduled to contest all Verizon IndyCar road and street course events for Ed Carpenter Racing in 2017 and has already notched one top-10 showing in his first three events, an eighth place showing at Long Beach.

Commenting on competing in the Indy 500 with Juncos Racing Pigot said, “First I want to thank Ricardo (Juncos) for this opportunity. We have had a long, successful relationship from karts to the Mazda Road to Indy series and hopefully we can repeat that success at Indy this month. I also want to thank my sponsors, Oceanfront Recovery, Rising Star Racing and P1 Management for making this possible. The Indy 500 is the greatest race in the world and to be able to drive in it again is fantastic. Last year was my first Indy 500 and I learned a lot. I am confident that I will be able to apply what I learned and a better result this time around."

Bobby Hillis, Founder of Oceanfront Recovery said, "Oceanfront Recovery is excited to join Juncos Racing through Rising Star Racing as the primary sponsor of Spencer Pigot's No. 11 Chevy entry for the 101st Running of the Indianapolis 500. In his sophomore season, Spencer has proven that he has the pace to fight with Verizon IndyCar Series veterans. Through Spencer's car, Oceanfront Recovery is raising awareness about the critical importance of essential health benefits to combat the opiate epidemic. On May 28th, we will be very honored to have our company and its vital mission displayed on a worldwide stage."

05/01/17 Spencer Pigot told Racer.com he's close to inking a deal with an unnamed team – believed to be Juncos Racing – for the Indy 500.

"A lot has changed in the last month," Pigot told RACER. "The odds then weren't looking that great, but things are a lot better now and we're close to finalizing something. There's a few more things to iron out, and if all goes well, hopefully we'll have everything done by the end of the week."

If it happens, he would step out of the ECR team after the Grand Prix of Indy on May 13, move across to the Juncos Racing Chevy when Indy 500 practice gets under way on May 15, and rejoin ECR the week after the Indy 500 to race the No. 20 at Detroit's Belle Isle.