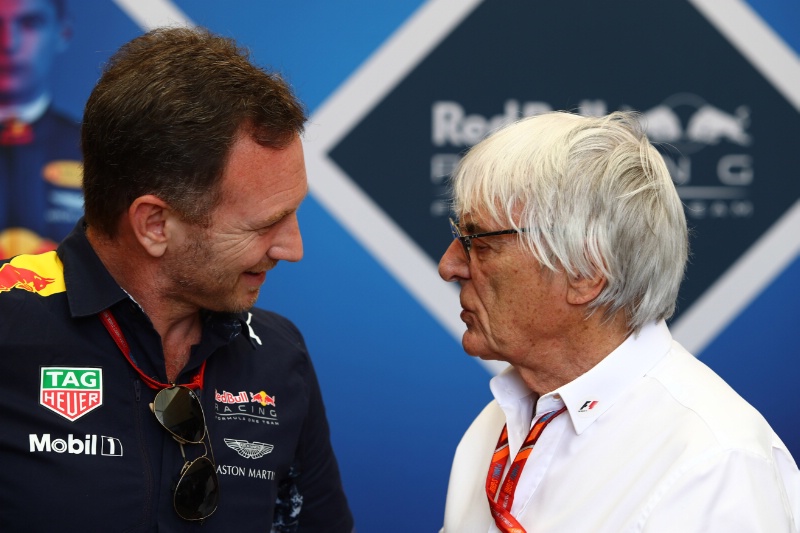 Bernie Ecclestone has confirmed he will also attend the next round on the F1 schedule, in Russia.

The former F1 supremo revealed the news in Bahrain, where he caused a stir by appearing at his first grand prix since being ousted by Liberty Media.

"I didn't leave," the Journal de Montreal quotes him as saying.

"It's good to be back, but I only missed two races. And I wouldn't have gone to them anyway."

Ecclestone, 86, is still an honorary chairman, but he said he has almost nothing to do with his successors Chase Carey, Ross Brawn and Sean Bratches.

"I haven't met Sean Bratches, and although I have known Ross Brawn for a long time, this year we've spoken for about 10 minutes," international media reports quote the Briton as saying.

Ecclestone said he caught up with his direct successor Carey in Bahrain, but the new guard has asked him for "basically nothing — thank God".

So why is he in Bahrain, and why will he travel to Russia in a fortnight?

Germany's Auto Bild said one reason could be that Ecclestone wrote into the original race contracts that only he can lead negotiations.

"I have no idea if that's true," he said mischievously when asked.

Ecclestone did say he has been keeping "busy" in his post-F1 life, but played down rumors he is poised to buy the Brazilian grand prix circuit at Interlagos.

"Everything is possible, but I doubt it," he said.

In the end, Ecclestone caused a stir in Bahrain, as did McLaren with news that Jenson Button will be back on the grid in Monaco to replace Fernando Alonso.

But F1 veteran David Coulthard said it is all just a distraction from the main event.

"Sport is about winners and exceptional performances," he wrote in the Telegraph.

"Bernie Ecclestone returning was very exciting, but it will not be big news tomorrow, and come Sunday he'll just be another person in the paddock. And that will be the same for Jenson in Monaco."