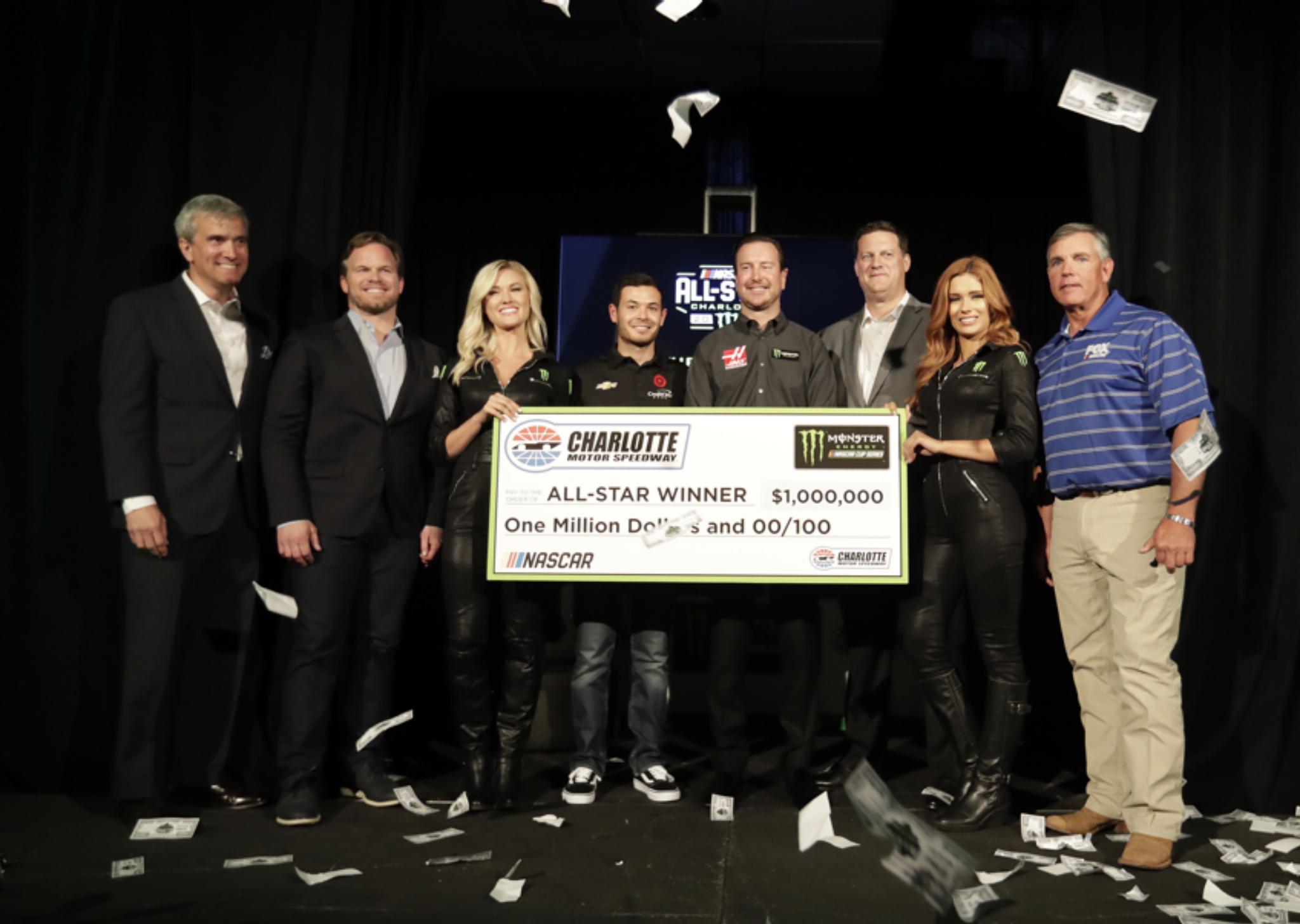 In celebration of the 25th anniversary of the 1992 All Star Race – the first superspeedway race run under the lights, also known as "One Hot Night" – the 2017-edition of the event will follow a similar 70-lap format, broken into four segments.

In an added twist, teams will be allowed a single set of special soft compound tires that they can elect to use anytime during the 70-lap race. The softer "Option" tire is supposed to give the competitors an extra "three-to five-tenths of a second per lap", according to Goodyear. The downside is the tires wear out far faster than the harder, or "Prime" compound tires.

Teams opting to use the "Option" tire in the final segment will have to start in the rear of the 10-car field.

"We're extremely excited about this format and the ability to bring an ‘Option' tire to this year's All-Star race," said Greg Stucker, Goodyear's director of racing. "The more tractive compounds used in this combination of left- and right-side tires will showcase the strategy of the event, and will five teams the ability to choose exactly when to use this set-up to give them the best chance to win."

The new format drew praise from O'Donnell, who applauded Speedway Motorsports and Charlotte Motor Speedway for "always thinking outside of the box."

"For us, this is all about putting on the best race possible," said O'Donnell. "The ability to explore an ‘Option' tire with Goodyear, they were all for it, so we sat down and talked about how we would want to build that into the strategy of the race. I think we've hit on a really great format."

Another tweak was added to the qualifying format used for the All Star Race, which features three timed laps and a four-tire pit stop. This year, however, the five drivers with the fastest qualifying speeds will advance to a second round of qualifying to determine the top five starters.

The All Star field will consist of drivers who have won a point-paying event in 2016 or 2017, past All Star Race winner and past Cup Series champions, as well as the winners of each of the three stages of the 50-lap Monster Energy Open. The final driver in the field will be determined by a fan vote.

The new "Option" tire compound was welcomed by Larson and Busch, who echoed the statement made by other drivers that the sport needs to move to a softer compound tire to complement the new lower downforce aerodynamic package that NASCAR is currently running in the Cup Series.

"It's a unique element to blend into our sport because we want to see that movement on the track, we want to see somebody with a half-a-second faster tires blow by the guys with the older tires," said Busch, the winner of the 2010 All Star Race. "It'll be fun to watch."

"This All Star Race is the perfect place to try a softer tire," said Busch. "This is where we introduced the lower downforce and the new rear end policy with the toe and the skew – this could be the direction of the future of the sport."

When asked if NASCAR might consider using the "Option" tire some point=paying racing in the future, O'Donnell said it was a possibility.

"We're excited to see how this tire strategy plays out, because that's an element we looked at to see if that's something we could look at in the future for some of our other race," said O'Donnell. "We have to see who it plays out (in the All Star Race). I wouldn't say it's something we'd look at for 2017, but there's a reason we're trying it here, to see how it plays out.

"If we fast forward to 2018, and we see something we like (with the Option tire), that's something we'd like to try at other races."

Busch, too, said he would welcome the idea.

"Let's see where it goes," said Busch. "I want to say that it's going to be the best thing for moving around the track and passing guys, and to see if the tire has the durability.

"I like it, it all makes sense, let's see how it goes and we're go from there."