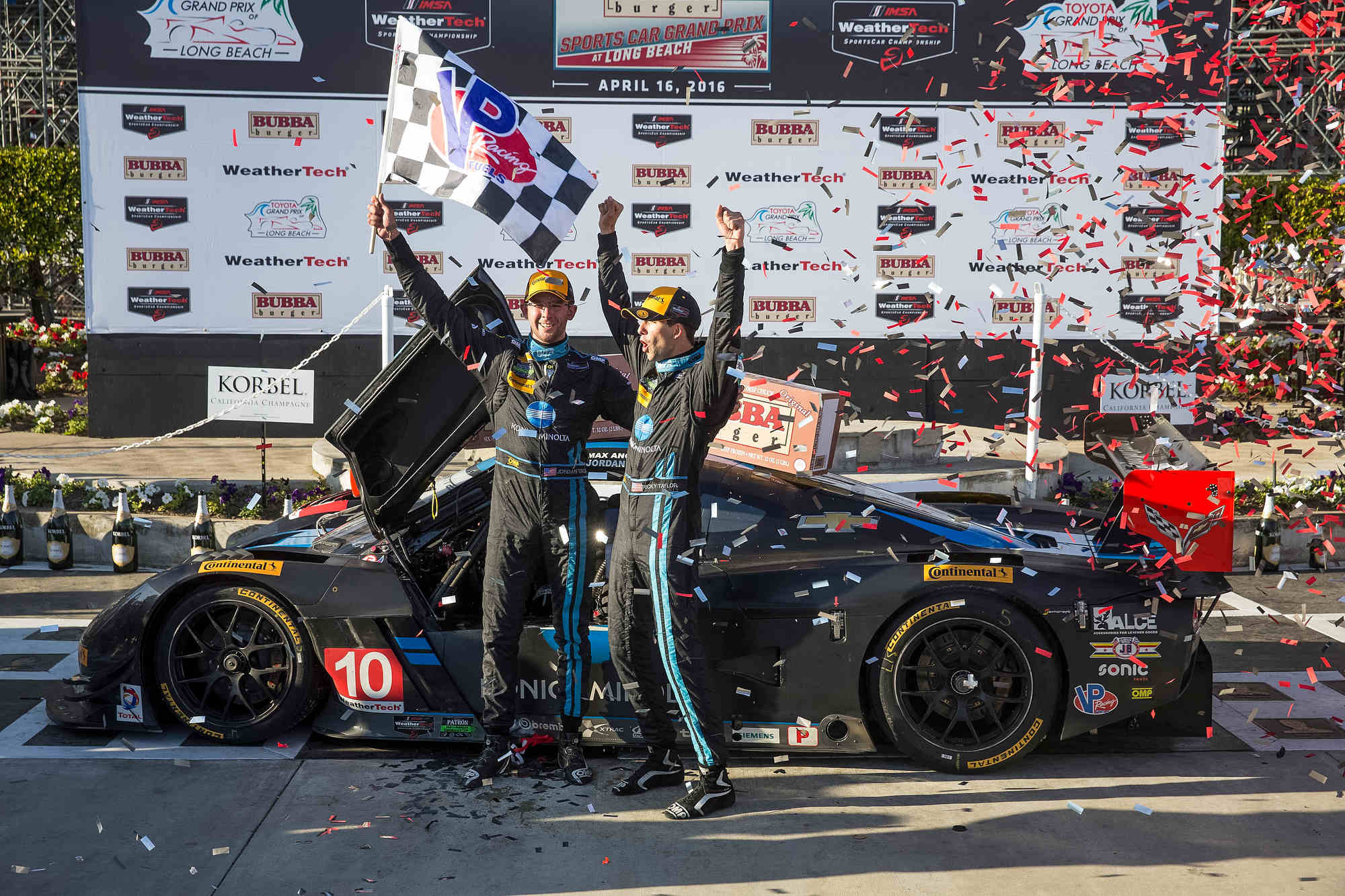 With back-to-back victories in the Rolex 24 At Daytona and Mobil 1 Twelve Hours of Sebring Fueled by Fresh From Florida to open the 2017 IMSA WeatherTech SportsCar Championship, the brothers are off to a perfect start for their father’s Wayne Taylor Racing team.

Add in the fact that the Taylor brothers have won each of the last two WeatherTech Championship races on the streets of Long Beach, and “momentum" doesn’t seem like a strong enough word to use, especially when looking beyond this weekend’s race to the next two events on the schedule at Circuit of The Americas on May 6 and Detroit’s Belle Isle Park on June 3.

“(In the last three years at) Long Beach, we were second and then two wins," said Jordan Taylor following the team’s Sebring victory last month. “Then COTA and Detroit, which we won last year. We go with a lot more momentum than in the past."

However, Jordan also pointed out that this year’s 100-minute Long Beach race, which will be televised live on FOX network television at 4 p.m. ET, will be different than it has been in the recent past. For starters, this year’s race will see the Prototype Challenge (PC) class replaced by a 16-car GT Daytona (GTD) class field along with nine GT Le Mans (GTLM) entries and 10 Prototypes for a WeatherTech Championship record field of 35 cars.

[adinserter name="GOOGLE AD"]Secondly, every one of those 10 Prototypes are brand new this season, with a smaller fuel capacity than the previous generation race cars. That places a premium not only on the ability of the drivers, but also the team on pit road.

“Long Beach is cutthroat with one pit stop," Taylor said. “This year, it might be two because the fuel capacity is so small. It’s so much on the race team to get it done."

The No. 10 team certainly has gotten it done lately, but they’ve got plenty of competition. Look no further than the other two Cadillac DPis in the field, the No. 31 Whelen Engineering machine shared by defending WeatherTech Championship Prototype champions Dane Cameron and Eric Curran, and the No. 5 Mustang Sampling Cadillac DPi-V.R of two-time Prototype champions Joao Barbosa and Christian Fittipaldi, who finished second to the No. 10 team at both Daytona and Sebring. Both teams are primed for victory at any time, and this weekend could be it.

Outside of the Cadillacs – which swept the top-three spots at Sebring – a couple of Gibson V8-powered LM P2 cars showed flashes of brilliance in the first two endurance races to start the year and could be tough to beat in Saturday’s first “sprint" race of the season.

One is the No. 90 Visit Florida Racing Multimatic/Riley shared by Renger van der Zande and Marc Goossens, which opened the year with a third-place run at Daytona. The other is the No. 85 JDC-Miller Motorsports ORECA co-driven by Stephen Simpson and Misha Goikhberg.

Simpson was quickest in the opening practice session at Sebring and the team was in contention for a podium spot for much of the race before finishing fourth.

Mazda Motorsports also is riding some top-five momentum from Sebring to Long Beach. The team claimed a fifth-place result in the Twelve Hours with its No. 55 Mazda DPi shared by full-time co-drivers Tristan Nunez and Jonathan Bomarito – who were joined by IndyCar racer Spencer Pigot for the race. The team also has strong Southern California ties.

From a driver perspective, Joel Miller – who co-drives the No. 70 Mazda DPi with Tom Long – is a native of the “Inland Empire" and earned a degree in mechanical engineering from the University of California Riverside.

Mazda North American Operations is based in Irvine, California and includes the Mazda Research and Development Studio, where the Mazda DPi race car – dubbed the RT24-P – was designed. The car made its worldwide debut last November at the Los Angeles Auto Show.

Based on that, there will be plenty of interested onlookers at the track this weekend, which adds to the demanding nature of racing at Long Beach.

“It’s a real mental challenge," said Nunez of racing on the tight, 1.968-mile street circuit. “There is no room for error. There are no run-off areas, so if you make a mistake, you’re into a concrete barrier. It’s a very demanding track and, as a street circuit, the surface is very bumpy. So, that makes it very technical for a driver. The new car is much more physical to drive, and you have to be sure your concentration or your body doesn’t give out."

Long Beach represents a shot at redemption for the pair of Nissan DPi entries from the Tequila PatrÃ³n ESM team and the LM P2 car from PR1/Mathiasen Motorsports. While they’ve shown a fair amount of speed through the first two races – and the No. 2 Tequila PatrÃ³n car shared by full-season drivers Scott Sharp and Ryan Dalziel did finish fourth at Daytona – neither the No. 2 nor the No. 22 co-driven by Ed Brown and Johannes van Overbeek were running at the finish in Sebring.

The No. 52 PR1/Mathiasen Ligier LM P2 also had a DNF at Sebring. The Fresno, California-based team is hoping to turn its luck around in a home-state race and will do so with new driver Will Owen sharing the controls with team veteran Tom Kimber-Smith.

A compressed street-circuit schedule for the WeatherTech Championship at Long Beach includes a two-hour practice session beginning at 7:40 a.m. PT on Friday, followed by a second practice and qualifying session that runs from 4:45 to 6:15 p.m. local. IMSA.com will offer live streaming of qualifying in addition to IMSA Radio coverage from all on-track sessions.