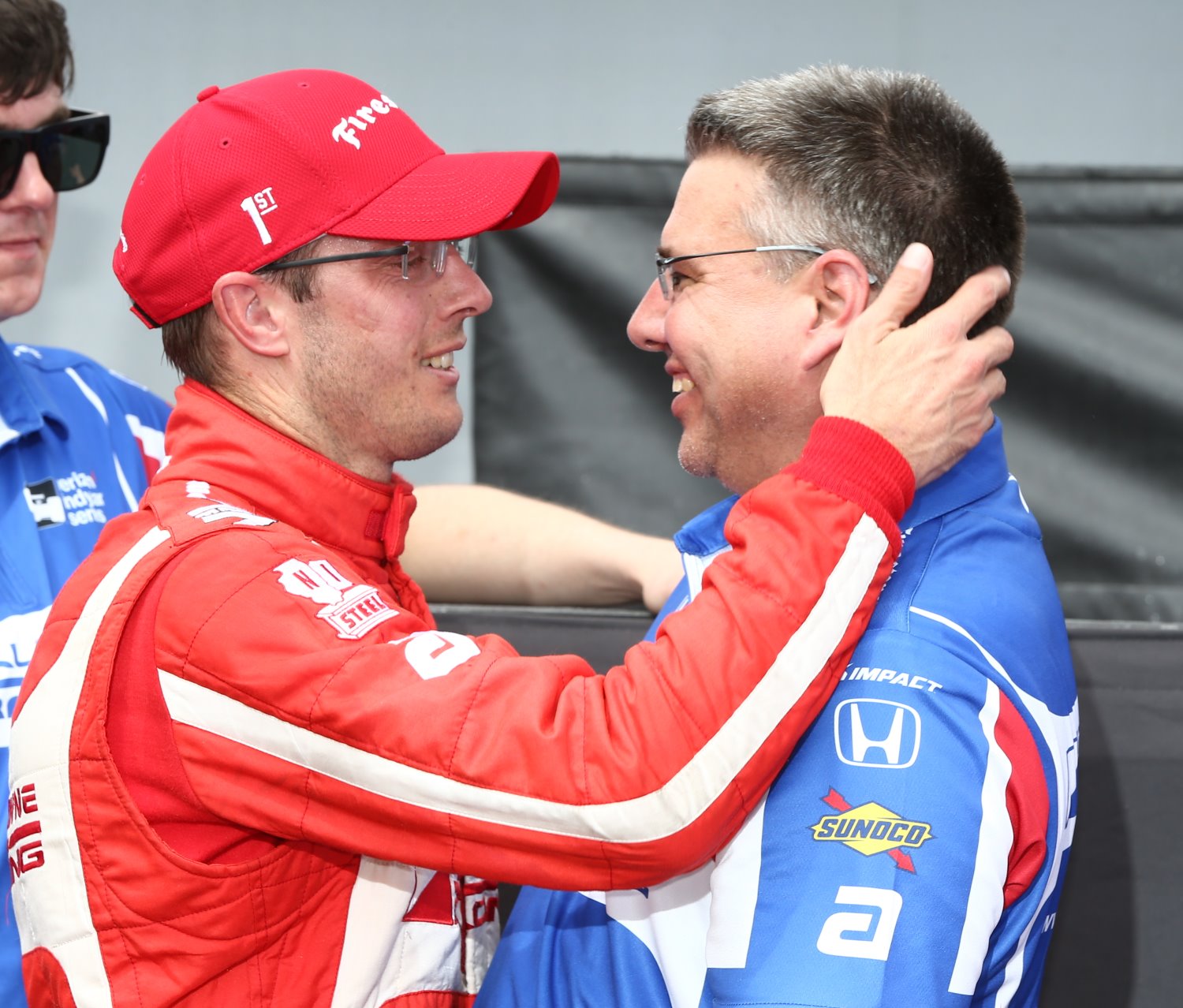 Allow me to briefly go back in time.

It was nearly two years on the final weekend of March that the Verizon IndyCar Series rolled into St. Petersburg for the 2015 season opener. You might remember that year’s race as being a long time coming as the 2014-2015 off-season was the first and thankfully the second-to-last of Mark Miles’ MUST END THE SEASON BY LABOR DAY EDICT. That year’s race also saw the debut of the long awaited on-again, off-again, and finally back on-again body kits. And it’s safe to say: it was a less than glorious debut.

After three years of relatively tight competition following the debut of the Dallara DW12, the race featured near total dominance from Team Penske, who swept the top-four qualifying positions and Chevrolet, who swept the top six finishing spots. The debut of the body kits, controversial to begin with, was rightly or wrongly, seen as causing prolonged periods behind the pace car due to the debris from loose body kit parts. Worse of all, a piece of flying debris – presumably a detached body kit part – struck a spectator in the head.

And I suppose had the introduction of body kits managed to just make an ugly race car uglier: or just ruin the quality of the show; or just threaten the safety of spectators, it would have been bad enough. But the combination of the above factors in light of the body kits ALSO costing the teams millions of dollars, meant the specter of self-destruction long associated with American Championship Racing was alive and well.

[adinserter name="GOOGLE AD"]Well, fast forward to this past weekend, and yes, the off-season is still too long; yes, and the detested aero kits remain, for now, attached (but thankfully tethered to the DW12); and yes big picture challenges without clear solutions remain for the Verizon IndyCar Series. That said, what was a lousy overall vibe two years ago, very much reversed itself in the 2017 installment of the Firestone Grand Prix of St. Petersburg.

Last September at Watkins Glen when word broke that Sebastien Bourdais was likely to sign with Dale Coyne Racing for 2017 my reaction was simple: what is he thinking? It was still early in the process and wouldn’t a driver of Bourdais’ caliber be inclined to hold out for well, something better? While we didn’t know his then-team KVSH racing was in the process of closing up shop, there was after all uncertainty at teams further up the grid such as Ed Carpenter Racing and Andretti Autosport. And what the heck was Dale Coyne Racing doing signing a driver before practice at St. Pete anyway?

And granted, he got some help this weekend. Following a qualifying accident, Bourdais was forced to start last. However, wise strategy from the team and a timely caution put the four-time Champ Car behind leader and defending series champion Simon Pagenaud on a lap 37. Following a definitive outside pass of his fellow countryman on the restart, Bourdais, reunited with former Newman/Haas strategist Craig Hampson, went all 2005 on the field.

Of course, it’s only one race so I will save the bold proclamations. However, it is well known in the paddock that Dale Coyne Racing has upped its game in recent years. And the combination of Bourdais/Hampson, a more competitive package from Honda, a regular teammate instead of a revolving door in the second car, could make this a very formidable combination.

Do I expect Bourdais and DCR to be a championship contender come Sonoma in September? No. Simply put, the team has not been strong enough on ovals in recent years. Do I think this St. Pete race was a one-off luck driven win? Not in the least. And, if I had to predict, Bourdais/DCR could be the 2017 version of Mike Conway with Ed Carpenter Racing: a threat to win any street course race, where strategy is at a premium, and a regular thorn in the side of the championship contenders.

I would argue that even more important than a pretty good race with a somewhat surprising winner, a strong, active and positive P.R. campaign went a long way in making the weekend a good one for the series. Amongst the good P.R. during the weekend was:

As for the article in the New York Times trust me when I say: the New York Times did not suddenly take an interest in IndyCar Saturday morning. Such coverage is the work of focused, active, and aggressive public relations. Somebody at INDYCAR planned extensively for an announcement of Chevy and Honda extending, the Times article Saturday, and the general follow-up by series principals and partners throughout the weekend.

Of course, this is Indy car racing and I know better than to pronounce a new world order of daisies and rainbows is here to stay. I’m just saying that this weekend the effort to project a united front and the image of a series getting better was noticeable and effective. Think about this: the brake issues we saw this weekend were hardly a story. I would argue that the series’ aggressive P.R. had a lot to do with that.

One person who wasn’t spinning a flowery native following the race was Scott Dixon. The Kiwi was running second on lap 26, when contact between Tony Kanaan and Mikhail Aleshin in Turn 4 left debris on the track and brought out a caution. As is the procedure, the pits closed and the field was bunched up before Dixon and the other leaders took pit service. This allowed drivers such as Bourdais and Pagenaud, who pit before the caution to cycle to the front. Dixon would line up for the restart 11th before ultimately finishing third. And in addition to the misfortune, the four-time series champion was none too happy about the decision to throw the caution.

“There was no debris there," said Dixon to Motorsport.com. “Actually there was a small piece but you’d have had to hit the wall to get to it. So I don’t know what the yellow was for…Yeah, I had a car that could have won. The way Bourdais got to the front was fabricated. You might as well draw the running order out of a hat if that’s what they’re going to do strategy-wise in Race Control."

Yes, the debris may have been off the racing line; yes, Dixon had a car that could have won; and yes, it was rotten luck for the Kiwi, who was similarly hosed last season at Toronto after dominating from pole before an ill-timed caution cost him a chance at the win.

The above noted: the four-time series champion is off-base here.

For one, Race Control often doesn’t always have the luxury of fully assessing the situation as Dixon implied. After all, the time spent evaluating the pros and cons of throwing a caution could in fact put other competitors in danger. So, if the default is “when in doubt throw the caution," that is not something I’m going to take the series to task for. Complicating the matter, or I would argue making it simpler, is the afore-mentioned debris that struck a spectator at St. Pete two years ago. Better safe than sorry, if you ask me.

Now, Dixon may have a broader point that the current pits-closing under yellow rule that allows drivers in the back to pack up behind the leaders before they pit is inherently unfair. And we here at AutoRacing1 have lobbied previously for a virtual safety car type procedure. Still, the procedure currently in place while flawed, is rooted in the interests of safety; something I cannot take the series to task for.

Did Dixon get a bad break? Absolutely, as did the other six drivers who were at the front and who had yet to stop. Was he royally screwed out of a win by a lousy decision Race Control made? Not in the least.

Another layer to the discussion with Dixon above is the strategy teams are employing. For those at the back (remember Bourdais started last) the solution is simple: the best option for getting to the front is to pit early in the fuel window then hope a caution “catches the leaders out." However, as I have written numerous times in this space in recent years, that strategy is also the highest-percentage play for the leaders, as this allows them to cover those who pit early.

I’ve had this conversation with numerous people in the paddock and frankly not gotten very far with it. I find teams want to stay out under the auspices of “not wanting to surrender good track position." Of course, my point is that staying out often assures surrendering good track position.

Again, I get it: they’re race car drivers. They’re programmed to go as fast they can for as long as they can with pit stops mixed in when they need more fuel or tires. I just think that given the current set of rules a little bit of a reprogramming is in order.