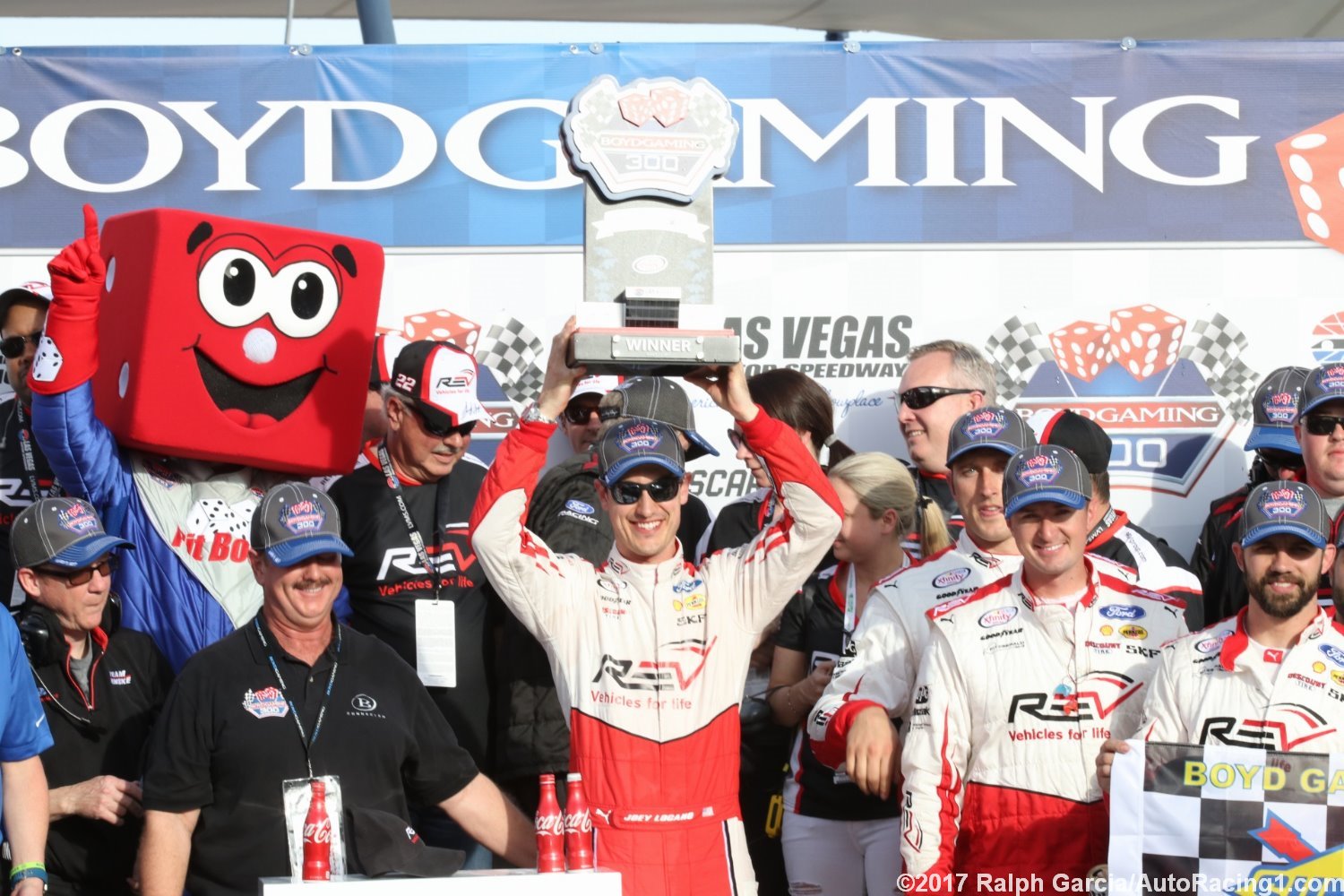 Choosing the top side for a restart on Lap 196 of 200, after Ty Dillon's spin on Lap 192 necessitated the ninth and final caution of the afternoon, Logano cleared Kyle Larson off Turn 4 after an intense side-by-side battle and pulled away to win by 0.602 seconds.

"It was hard to figure out what to do, what lane to pick," said Logano, who has won in each of his last three starts in the 12 car. "The one thing we did know is that we had a very fast Ford Mustang.

"(Crew chief) Brian Wilson and all the guys that bring this 12 car out, that's three wins in a row for the 12 car, so that's something I'm proud to be a part of and work with these guys. … It was a challenging day from the restart standpoint."

If lane choice was essential in the late stages of the race, the decision not to pit at the end of Stage 2, after pitting under the previous caution on Lap 72, was a key element to winning the race. That choice flipped track position and gave Logano the lead for a restart on Lap 99, a position he maintained through four subsequent restarts.

[adinserter name="GOOGLE AD"]The ability to hold off polesitter Kyle Busch on older tires gave Logano confidence in the capability of his car.

"Man, it's a lot of fun to have these Team Penske cars fast again in the XFINITY Series," said Logano who led 106 laps in winning for the first time this season in his first-ever Las Vegas start in the series. "Man, it feels good.

Busch led each of the 45 laps in Stage 1 but faded to seventh at the finish after the handling of his No. 18 Joe Gibbs Racing Toyota deteriorated in the second half of the race.

Brad Keselowski, Logano's teammate, won Stage 2, but Keselowski brought the No. 22 Mustang to pit road for an unscheduled stop on Lap 108 because of a loose wheel and recovered to finish 10th.

Larson said a push from Suarez on the final restart might have helped him, but that assistance didn't materialize.

"I needed Daniel to push me and not pull out (of line)," Larson said. "I think if Daniel would have ever gotten to my back bumper to help me, he probably would have taken that opportunity to pull out and pass me.

"It would have been hard to clear Joey, but I definitely needed some help behind me."