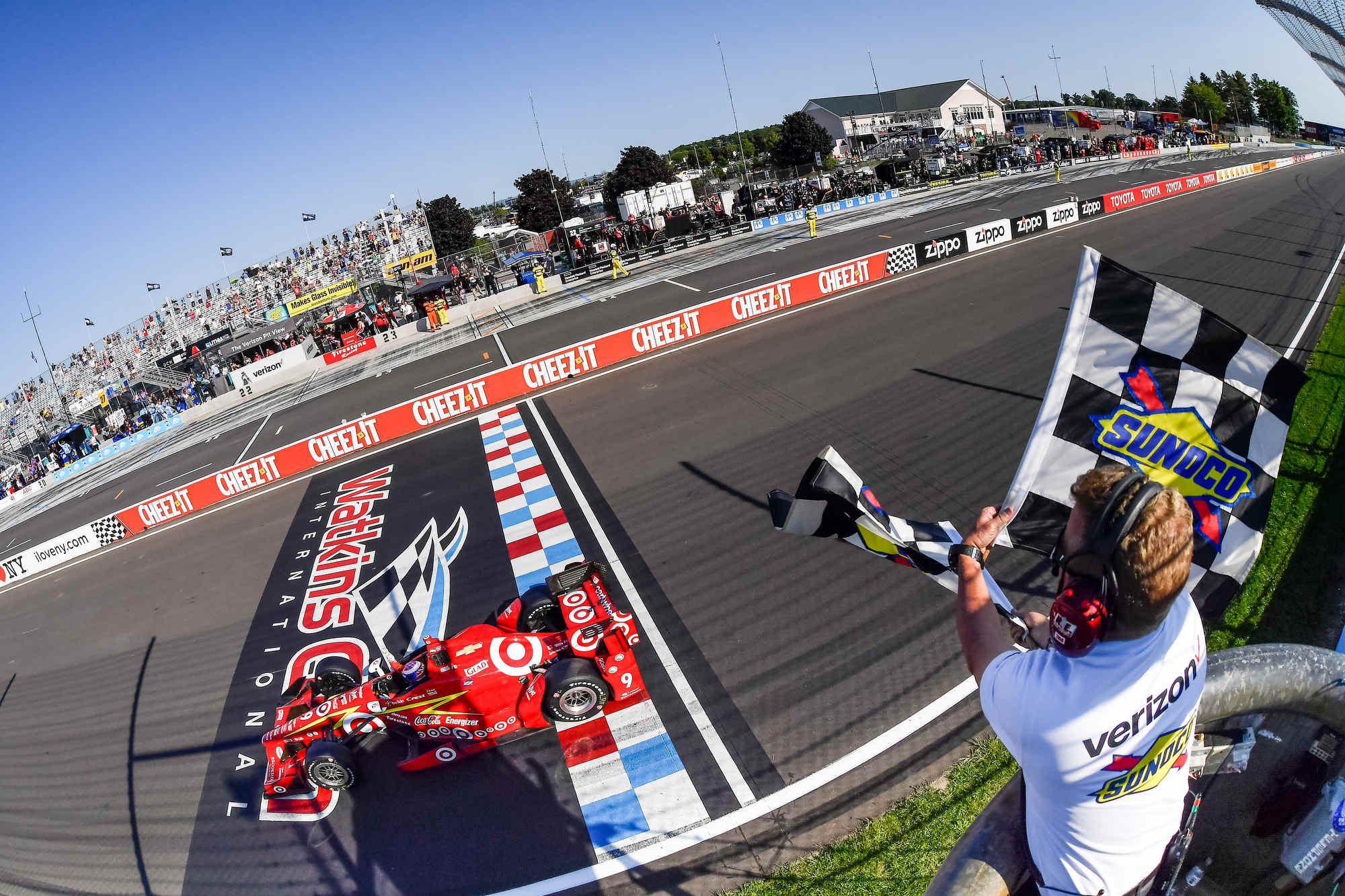 I have to admit: I had it wrong.

Entering this weekend's race at Watkins Glen, it was my general belief that the 2017 Verizon IndyCar Series ‘Silly Season' wasn't shaping up to be all that well, silly. With teams not having the budget for the free agent shopping sprees we see in other sports and some stubborn veterans not ready to call it a day, it was my sense that the status quo would largely remain.

But like the volcano, which has sat dormant for centuries, the mere slightest of fissures can cause enormous eruptions. And that's what seemed to happen during this weekend's INDYCAR Grand Prix at The Glen.

Today, AutoRacing1 will explore this sudden escalation of the 2017 IndyCar Silly Season, starting with the primary driving force behind all the stories you've been reading.

Honda wasn't happy with the fact they were locked in to a disadvantage on road courses, street courses and short ovals. Honda wasn't happy with the sudden decision during Indianapolis 500 qualifying in 2015. And despite what some may say, Honda was never gung-ho about aero kits, which were largely a Chevrolet driven idea from the beginning. Instead, Honda publicly adopted the role of Good Samaritan, putting up only passive behind-the-scenes type resistance.

Currently Honda, who you might remember stepped up and outfitted the entire series with engines for six years from 2006-2011, isn't happy with the fact they are staring down the gun barrel of an aero kit disadvantage that is likely to be locked-in again for 2017. And they realize the best way for them to improve their program in the short-term is to upgrade their team/driver combinations.

And let the record show: Honda is the driving force for most of the news you're reading right now regarding the 2017 IndyCar Silly Season.

Of course, if you're going to dance, you need partners; and Honda knew Sebastien Bourdais and Dale Coyne might be willing to tango.

As for Bourdais, remember, it was only February 27th of this year that he was confirmed as the driver of the No. 11 KVSH Racing Chevrolet for 2016. Whereas KVSH Racing is inclined to get the budget in place before the driver, Dale Coyne Racing is, at least with one of the seats, willing to figure out the driver before the budget (if they ever do in fact ever raise the budget).

In short, Bourdais saw the writing on the wall. He knew Penske or Ganassi were not viable options; he knew KVSH wasn't ready to lock him for a fourth season. He knew Dale Coyne has been slowly but surely upgrading his program and that Coyne might be willing to offer assurances that weren't available elsewhere.

For the record, nothing has been confirmed by either Bourdais or Coyne. But all signs indicate it's going to happen, if it is not in fact done already. And while it was something of a shock, particularly given Coyne's reputation for being more inclined to finalize such deals in March as opposed to September, the more you look at it the more it makes perfect sense.

[adinserter name="GOOGLE AD"]Like Bourdais, Chip Ganassi Racing was linked with a switch to the Honda camp over the weekend. Of course, Ganassi and Honda have quite a history, winning ten Indy car championships and three Indianapolis 500s together. They split apart after Scott Dixon's 2013 championship season, when you may remember Ganassi called publicly questioned Honda's “kum ba yah" approach that year after a frustrating weekend at St. Petersburg.

The ensuing switch to Chevrolet worked out well for CGR. The team won the 2015 championship, and clearly the Chevy package has been the one to have in recent seasons. As for the notion CGR and Honda might rekindle their fairytale romance, Ganassi was somewhat dismissive, noting sarcastically: "Yeah, and I'm switching to Toyota in NASCAR too. I have no idea where this stuff starts."

Perhaps, as Ganassi suggests, it is all pie-in-the-sky stuff. Considering it appears the aero kits will be locked-in to 2016 specifications, it certainly reasonable to ask: why would Ganassi want to switch to what appears to be the lesser technical package?

And from a purely 2017 perspective, such a move makes zero sense. But keep in mind: this is Chip Ganassi we're talking about. Ganassi's brand and his team's enormous success over the past 20 years has been built to a large degree by of not playing things by the book if you will. As he did in 1996 by moving to the emerging Reynard/Honda/Firestone package ahead of the curb, Ganassi has long been one to Zig when others Zag.

Furthermore, we all know who Ganassi wants to beat most: Penske. Well, the last three years, Penske and Ganassi have had the same package, and Penske has enjoyed the upper-hand. If Ganassi is going to beat Penske long-term, would it not be reasonable think he is better off having a package that differentiates his team from Penske?

Hard to say. But when you think about the decision in such terms, what seems obvious on the surface, suddenly becomes not so clear.

While many seem to think the main domino in the Silly Season is Josef Newgarden, I'd argue Newgarden's status hinges on the futures of Juan Pablo Montoya and Tony Kanaan. Simply put, for Newgarden to make what I would argue is a viable move, as seat has to open up at Team Penske or Ganassi. And as things stand now, the status of those two seats remains an unknown.

Now, I will say this: if Montoya doesn't return to Penske (seeming more and more likely), I'm not sure who other than Newgarden would land at to Penske. Remember, both Ryan Hunter-Reay and Scott Dixon are accounted for in 2017. Taking those two off the table, is there any driver other than Newgarden who would be deemed Penske material?

As for Montoya, the signals coming out of his camp all indicate a desire to continue racing Indy cars, even if it is with a less prominent team. Part of me imagines that such signals are 1) intended to raise JPM's value by creating the prospect of multiple suitors and 2) possibly Honda courting Montoya as they are others.

That said, I'm not sure when push comes to shove I see Montoya as a fit at say, A.J. Foyt Racing. Let's be honest: JPM isn't exactly one to grind it out on a day the car isn't set up right. Remember, this is a two-time Indy 500 winner, 7-time F1 winner, NASCAR winner, Indy car champion, sports car winner, etc. Throw in the fact he'll be 41 later this month, has three kids and has made plenty of money.

Don't get me wrong: I get wanting to stay in the game, and driving a race car beats a lot of jobs out there. But linking Montoya the places some are suggesting at this point of his career would seem to me the racing equivalent of suggesting Meryl Streep try adult film so she can continue acting. And there are certain rides, that at the end of the day, I just don't see Montoya settling for.

As you likely know, Will Power was diagnosed with concussion-like symptoms following a crash Sunday with Charlie Kimball. The driver of the No. 12 Verizon Team Penske was not cleared to resume driving activities, before passing a test Tuesday. Power, who trails championship leader Simon Pagenaud by 43 points, will drive in the season-finale at Sonoma Raceway.

Like everyone else, I was happy to see 1) Power is ok and 2) there will be a championship battle at Sonoma. But considering there was a possibility Sunday evening when he spoke with reporters that he might have a concussion, I have to ask: what PR genius allowed him to speak with the media Sunday? Power, of course, went on record ripping what he believed to be Kimball's less-than-stellar driving.

To be clear, my issue is not anything Power said in ripping Kimball a new one. I just can't believe that in 2016 with all we know about concussions, a paid public relations representative from a reputable organization let his or her driver speak with the media. Like, this isn't a hard one to figure out people.