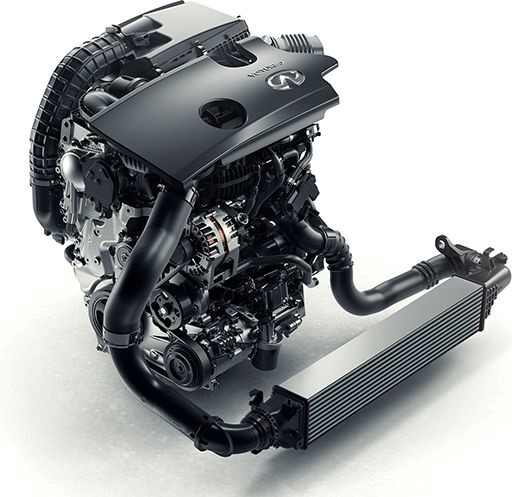 Nissan announced the world’s first production-ready variable compression ratio gasoline engine that has been designed to match the performance and fuel economy of diesel and hybrid powertrains. The VC-T (Variable Compression-Turbocharged) engine is expected to be launched on an Infiniti model to be unveiled next year. The engine will be officially unveiled by Infiniti at the 2016 Paris Motor Show in September.

The 2 L, 4-cylinder, turbocharged VC-T engine achieves 27% better fuel economy than the 3.5 L V6 engine it replaces, with comparable power and torque, according to Nissan. The new engine torque is comparable to that of a diesel engine.

The variable compression ratio in the VC-T engine is achieved by raising or lowering the height the pistons reach within the cylinder. The compression ratio can vary anywhere between 8:1 (for high performance) and 14:1 (for high efficiency). The engine control logic automatically applies the optimum ratio, depending on the driving conditions.