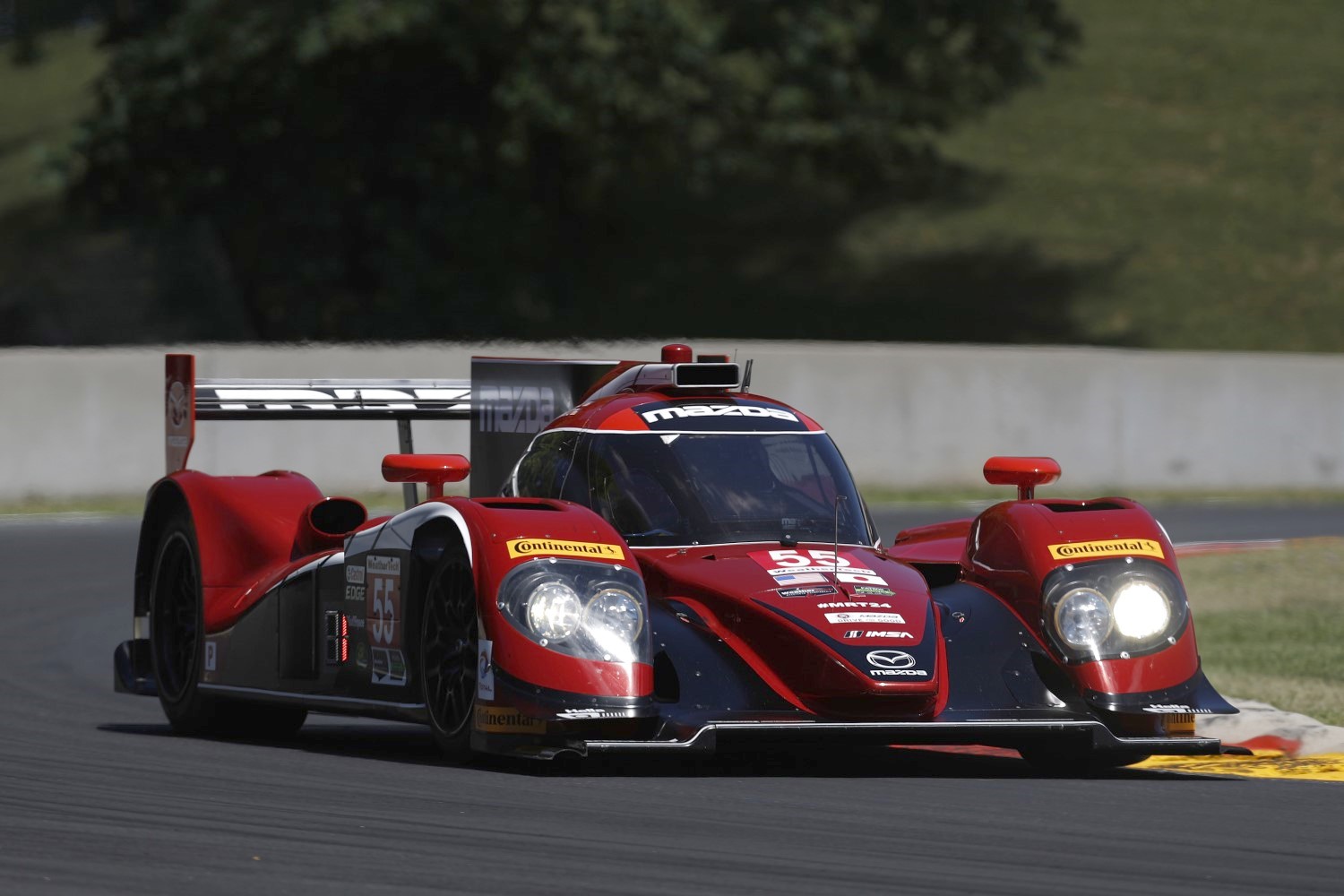 Indeed, that's been the problem for the two-car Mazda Prototype team this season – fast in qualifying, sometimes dominant in the race, but as Mazda closes in on three years in the series, no wins.

"We have to put a whole race together," said Bomarito, who shares the No. 55 Mazda Prototype with Tristan Nunez. "We have to be there at the end."

It won't be easy. The Continental Tire Road Race Showcase is at the 4.048-mile Road Atlanta course, the longest track on the series schedule, with lengthy straights, tight turns and an unforgiving nature.

[adinserter name="GOOGLE AD"]There's no question the Mazda Prototypes have the pace. Bomarito's fastest lap, a new track record, was a blistering 1 minute, 54.507 seconds, more than a full second faster than Christian Fittipaldi's 1:55.659 in the No. 5 Action Express Mustang Sampling Chevrolet Corvette Daytona Prototype. Third was Ricky Taylor in the No. 10 Wayne Taylor Racing Konica Minolta Corvette DP at 1:55.685.

This is the first season the Mazda Prototypes have been competitive, as they were saddled with diesel engines for the first two years. Though their turbocharged four-cylinder engine this year is half the size of the Corvette DP V-8s, it isn't lacking speed.

So the plan for tomorrow: "We're going in with all guns blazing," Bomarito said.

In Prototype Challenge, it's another feel-good story with James French on the pole in the No. 38 Performance Tech Chevrolet-powered ORECA FLM09. French is from nearby Sheboygan, Wisconsin. "Being on the pole at my home track is pretty special," he said. His best lap was 1:59.133.

Dirk Mueller qualified the No. 66 Ford GT on the pole with a lap of 2.02.451. In third was the No. 67 Ford GT driven by Ryan Briscoe. Mueller became the 20th different driver to win a GTLM class pole position since the WeatherTech Championship's inception in 2014.

Alex Riberas, who has never been to Road America before, qualified the No. 23 Team Seattle/Alex Job Racing Porsche 911 GT3 R on the GT Daytona pole with a lap of 2.07.520. The No. 6 Stevenson Motorsports Audi R8 LMS GT3 was second, driven by Andrew Davis, and third was the No. 9 Stevenson sister Audi driven by Matt Bell.

"It was tougher than we expected," Riberas said. "This is a very special track, and to be on the pole is something to be proud of."

Riberas said his Porsche has solid speed in the turns, but straight-line speed is lacking, and he's concerned that unless the team can find more speed on the straights, Sunday could be a long day.