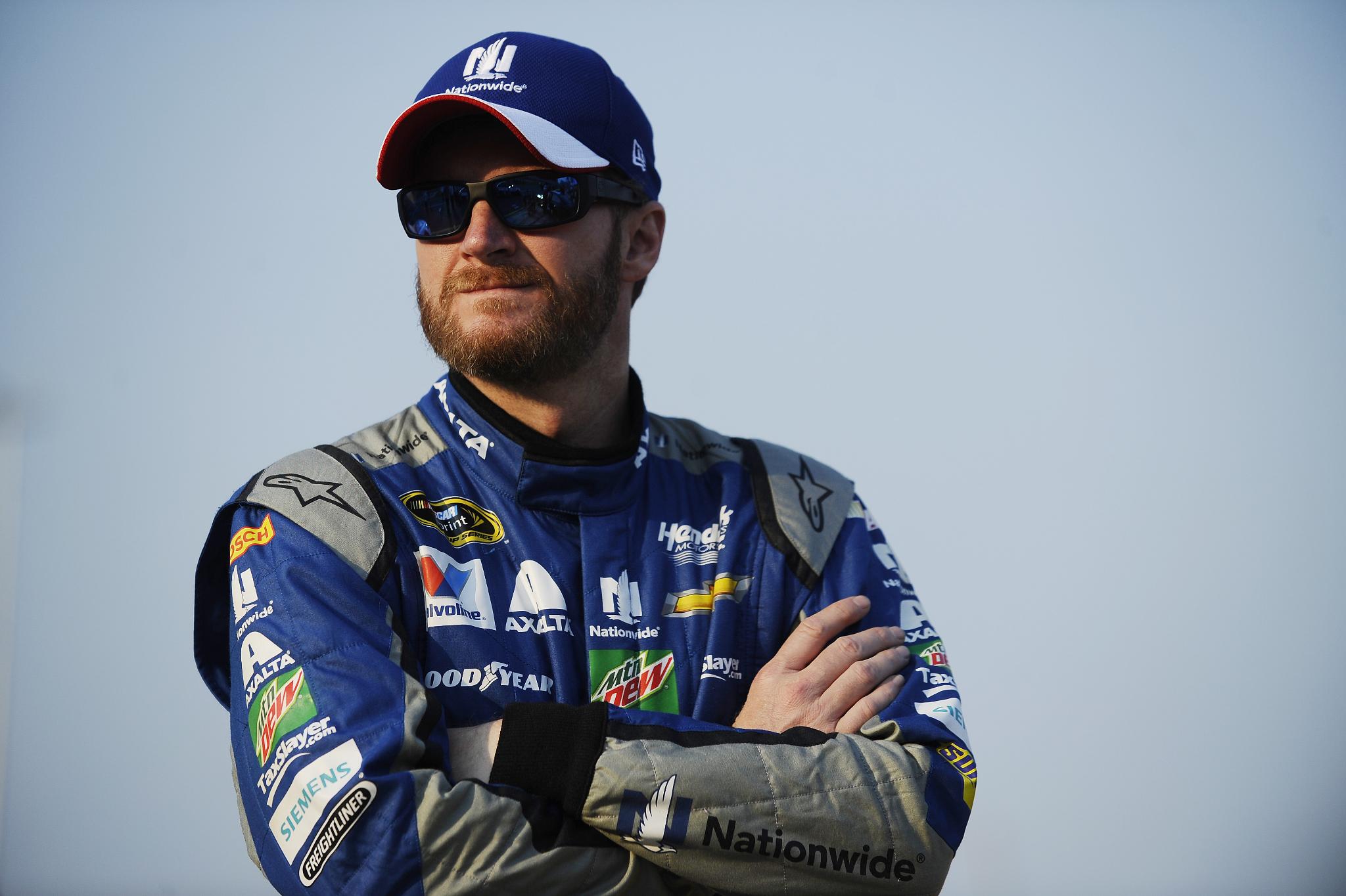 Dale Earnhardt, Jr. is expected to miss at least one week of competition with concussion-like symptoms following several hard crashes in the last few weeks, leading to the possibility that four-time Sprint Cup Champion Jeff Gordon could come out of retirement to fill in as driver of the no. 88 Chevrolet at the July 24th race at Indianapolis Motor Speedway.

Earnhardt, Jr. had been involved in two serious crashes in the previous weeks races at Daytona and Kansas and had previously missed two races in October of 2012 with concussion symptoms after a hard crash at Talladega.

[adinserter name="GOOGLE AD"] "I wasn't feeling great the week going into Kentucky, and I thought it was possibly severe allergies," said Earnhardt, Jr. "I saw a family doctor and was given medication for allergies and a sinus infection, but when that didn't help I decided to dig a little deeper.

"Because of my symptoms, and my history with concussions, and after my recent wrecks….I reached out and met with a neurological specialist. After further evaluation, they felt it was best for me to sit out."

Duchardt and Earnhardt's crew chief Greg Ives learned Tuesday morning that Earnhardt, Jr. might need a relief driver for the race at New Hampshire, so Duchardt and Ives began looking for a substitute driver, and decided that Bowman would be the best fit.

"Dale (Earnhardt, Jr.) and Greg and I felt like Alex (Bowman) was the right person. He's run the Xfinity car. He's done a good job in that car. He is part of the JR Motorsports system and part of our system. And so, Greg reached out to Alex. Alex came in Tuesday night to get fitted for the car. And at that time, it was in the contingency that he would have to backfill for Dale after Dale started the race.

However, following the consultation with the neurologists, Earnhardt, Jr. followed the advice of his doctors and decided to sit out the entirety of the weekend.

"Of course as Rick (Hendrick) said, we 100 percent support that," said Duchardt. "The most important thing in this whole process is for Dale to get better and feel better; and we're going to let that happen on the timeline it's going to happen on. And so, basically, less than 24 hours ago we found out that Dale couldn't run. We had Alex lined up to be in the car. It made perfect sense. And I have confidence that he and Greg will go a good job this weekend."

Should Earnhardt, Jr. be unable to race at Indianapolis, Gordon would take over the driver's seat, Duchardt confirmed.

"If Dale is not ready to go at Indianapolis, we will put Jeff Gordon in the car," said Duchardt. Obviously, when Dale is ready, it's his car to get back into. But if Dale can't go next week, Jeff Gordon will be the driver at Indianapolis."

Duchardt said the team has not made any plans should Earnhardt, Jr. be out past next weekend's race, saying the team wants to take it "one race at a time".

"We will obviously be taking about contingency plans, but we don't have anything formalized for sure past Indy."

Head injuries in major sports have been pushed to the forefront in recent years, in light of studies that have linked repeated concussions and blows to the head with neurological disorders that have led to the death of several prominent former athletes. All four of the major sports leagues in North America now have special protocols in place to diagnose concussions.

In 2013, NASCAR implemented baseline concussion tests for drivers after they have been involved in a crash as well as mandatory pre-season neurocognitive baseline testing, however drivers themselves are not employed by NASCAR, and usually seek care from their own doctors, as Earnhardt, Jr. did in this case.

[adinserter name="GOOGLE AD"]"I think Dale has become more aware over the years" of recognizing the symptoms of a concussion, said Duchardt. "The only person that knows how you feel is yourself, anyone to know; ‘well I don't feel right today' has to be you. No one else can do that for you, so you have to be self-aware of how your body responds.

Missing two races would definitely hinder Earnhardt's chances of making the field for the Chase for the Sprint Cup, as he currently sits 13th in points, just 38 points from the 16th-place cutoff.

Moreover, with Earnhardt's past history with concussions, his future race career could also be in serious jeopardy; however Duchardt said his immediate concern is just for Earnhardt's health.

"I'm not going to speculate on Dale's future," said Duchardt. "Again, the most important thing is for this process to play out for him to feel better. And at the end of all that, what's the right thing to do will become clear when more knowledge is gained on how he is feeling."