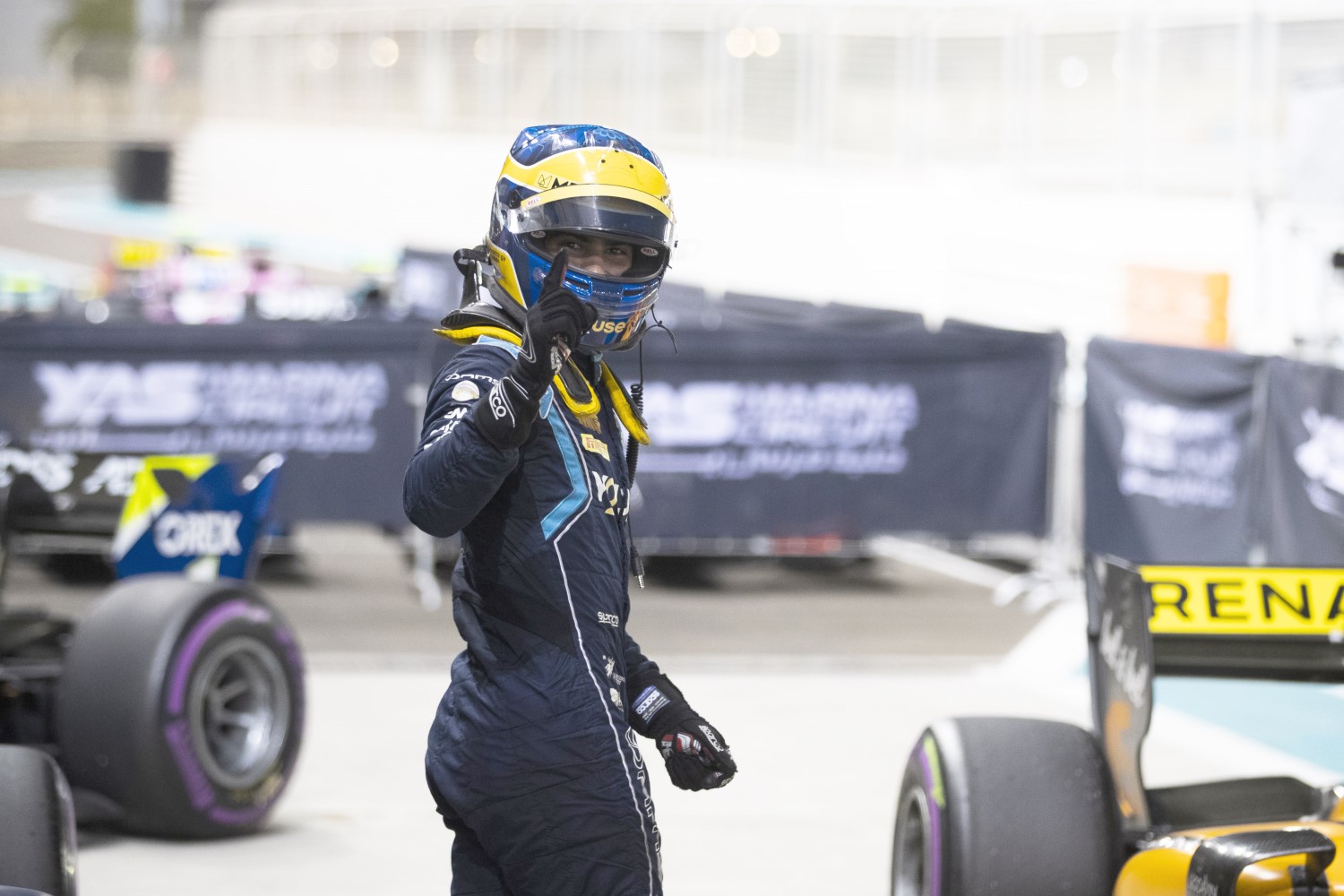 Sergio Sette Camara continued his hot form from Free Practice to score his second pole position of the 2019 season, in Qualifying at Yas Marina, Abu Dhabi. The Brazilian puts his DAMS’ side in a strong position to secure the Teams’ Championship in tomorrow’s Feature Race, but will face stern competition from Callum Ilott in P2 and Louis Deletraz in third.

Jordan King was the first out on track, setting the initial time at 2m 11s, while Nyck de Vries and Jack Aitken were amongst five drivers to remain in the pitlane when the lights went green. Deletraz set the first fast time of the evening, racing around in 1:50.128, but was swiftly displayed by Ilott, who beat him by less than a hundredth of a second.

De Vries, Nicholas Latifi and Aitken all headed out as the rest of the field began to feed back into the pits for fresh rubber. The Canadian quickly went to work and leapt up to fourth, with three green sectors.

De Vries managed fifth on his first flying lap and improved to fourth the next time around, which would have been higher had he not locked up in the final sector.

Sette Camara took control of the session from here, storming around to steal provisional pole from Ilott. The Briton, along with Deletraz, attempted to react, but the duo could only manage second and third. Behind them, Guanyu Zhou rose from 10th to fifth with a powerful tour of the circuit.

There was frustration for Sean Gelael, as he clipped the curb and spun into the middle of the straight, bringing out a yellow flag. This brought a halt to the session and ended a number of push laps.

This saw Sette Camara hold on to first ahead of Ilott, Deletraz, Nobuharu Matsushita and Zhou. They were followed by De Vries, Latifi, Aitken, Nikita Mazepin and Mick Schumacher, who completed the top 10.

The DAMS ace will be fighting for his second win of the campaign in the Feature Race tomorrow, when lights go out at 6.45pm (local time).