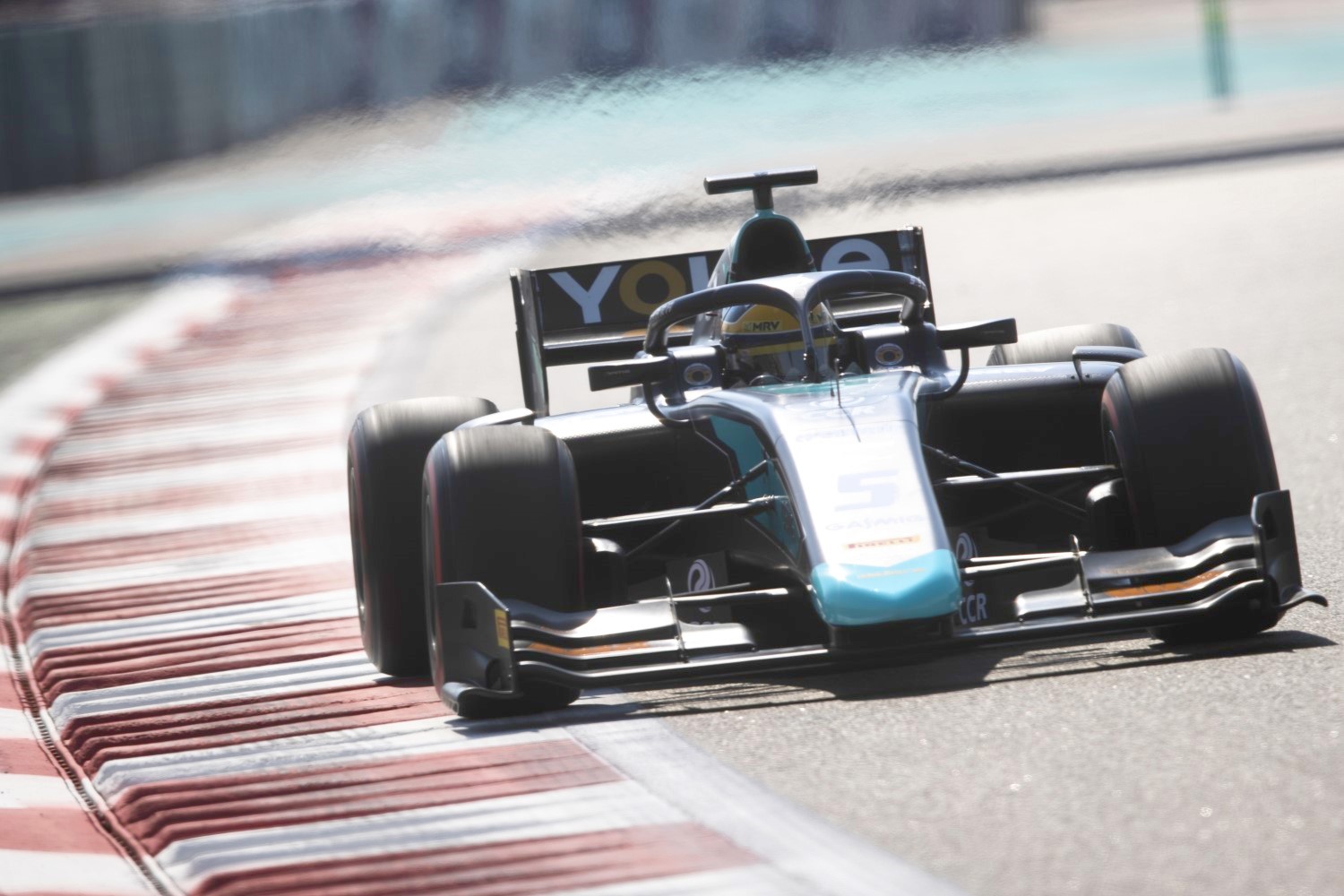 Sergio Sette Camara led an all DAMS top two in Free Practice, topping the first session of the season finale ahead of teammate Nicholas Latifi. The French side are looking to wrap up the Teams’ Championship this weekend, ahead of second place UNI-Virtuosi, and it was the British team’s driver, Guanyu Zhou, in third place.

Latifi was the first man to hit the track, fresh from the announcement that he will race in Formula 1 next season with Williams. Mahaveer Raghunathan was the first to set a time though, as the rest of the grid acclimatised to the circuit.

Latifi’s first fast lap didn’t quite go to plan, as the DAMS’ driver wobbled slightly and spoiled his time. This allowed Nyck De Vries to fire around in 1:52.771 and take control of the table. The Canadian’s second tour was much more successful, as he usurped De Vries with a lap 0.6s faster.

Callum Ilott briefly took charge, but a DAMS machine was soon back on top with Sette Camara firing around faster and breaking the 1m 52s barrier, with Latifi leaping to second, only slightly slower. Mick Schumacher was able to climb to seventh, despite an almighty wobble at Turn 21. Zhou pushed Ilott further down the order and nipped into third.

The session was brought to an early end as Matevos Isaakyan lost control around Turn 19 and slammed into the wall. The Sauber Junior Team by Charouz driver safely clambered out of his car, but with eight minutes remaining, there wasn’t enough time to recover the car and restart proceedings.

That saw Sette Camara and Latifi finish first and second ahead of Zhou, as DAMS got off to the perfect start to the weekend. Ilott and Deletraz completed the top five, ahead of Luca Ghiotto, Nobuharu Matsushita, Nikita Mazepin, Schumacher and De Vries.

DAMS will look to continue their early form when the cars return for Qualifying this evening at 7pm (local time).