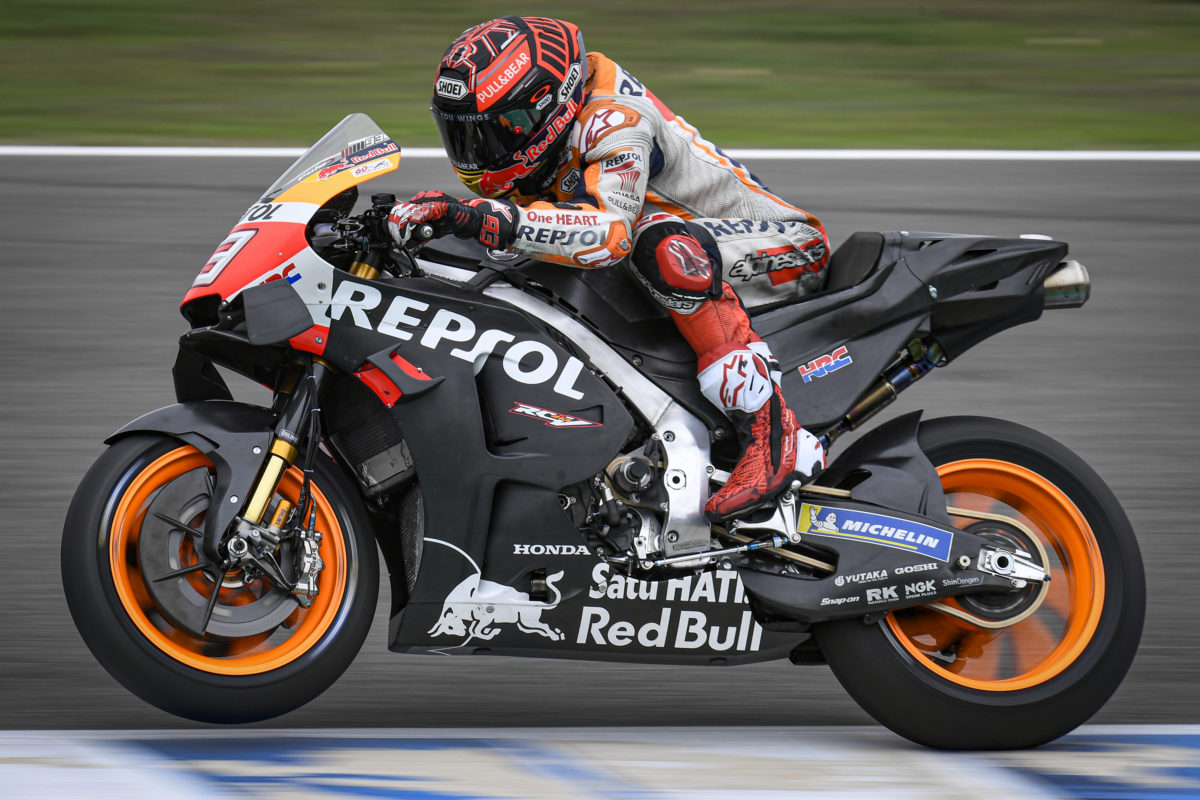 Marc Marquez was fastest on the final day of MotoGP testing for 2019 at Jerez, which saw limited running due to rain.

The Repsol Honda rider’s third lap was his fastest of the day at 1:37.820s, which left him just ahead of Suzuki Ecstar riders Alex Rins and Joan Mir respectively.

Monster Energy Yamaha’s Maverick Vinales was fourth on the day having set the fastest time of the test during the afternoon prior, with satellite counterpart Fabio Quartararo (Petronas SRT Yamaha) fifth.

The Ducati Team’s Andrea Dovizioso and Danilo Petrucci, who were working with the Bologna factory’s new chassis, ended Day 2 in sixth and 12th respectively.