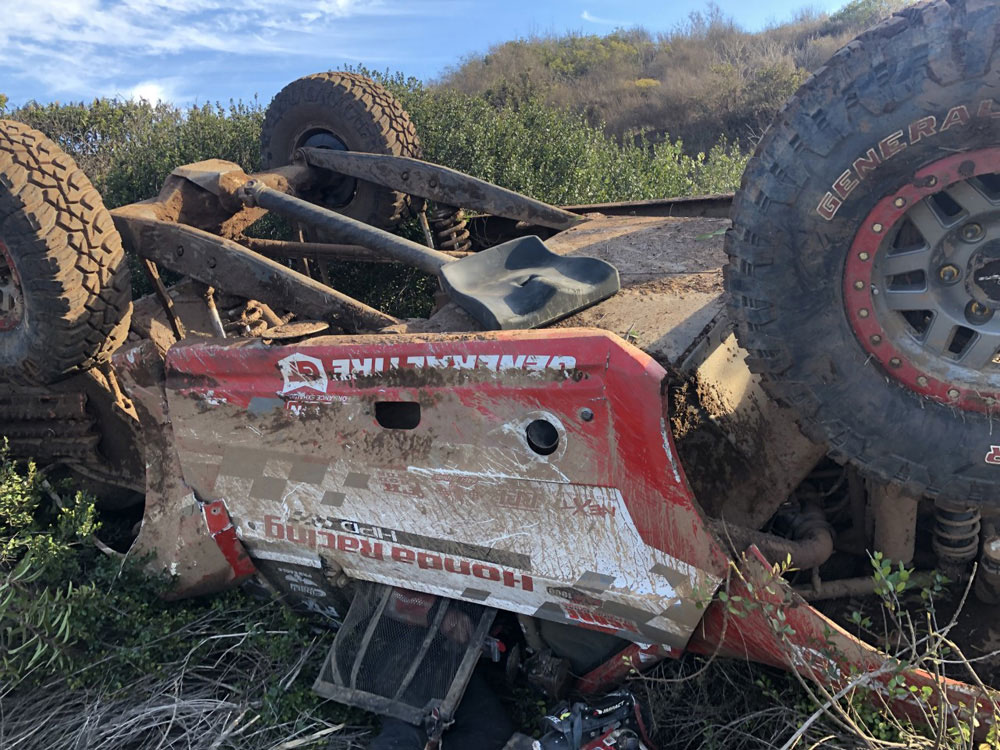 Part-time NASCAR Cup Series driver Brendan Gaughan returned to his roots over the weekend, competing in and winning his class in the Baja 1000, an off-road racing event held in Mexico.

Gaughan and his team, which included RJ Anderson, Jake Gaughan and Buddy Feldkamp, are the unofficial winners of Class 1.

Gaughan was behind the wheel the team’s vehicle at the end of the event, finishing in 20 hours, 57 minutes and 38 seconds.

Meanwhile IndyCar's Alexander Rossi’s Honda went rolling over on its side followed by an end-over-end before landing in a ditch on its roof around the 95-mile mark. He's lucky he did not kill himself.

2019 Baja 1000 Class 1 Champions!!! What a crazy race Baja dished out this year ðŸ¤¯ So pumped to be a small part of helping @brendan62 & @southpointlv bring home there first #Baja1000 win! Brendan, @jakegaughan, @dparsel, @daaaaaaaaaaaaaaaaaabears, @ericshenberger, & the whole @collinsmotorsports team killed it. It’s been a wild month, happy to be home! #baja1k #bfgracing