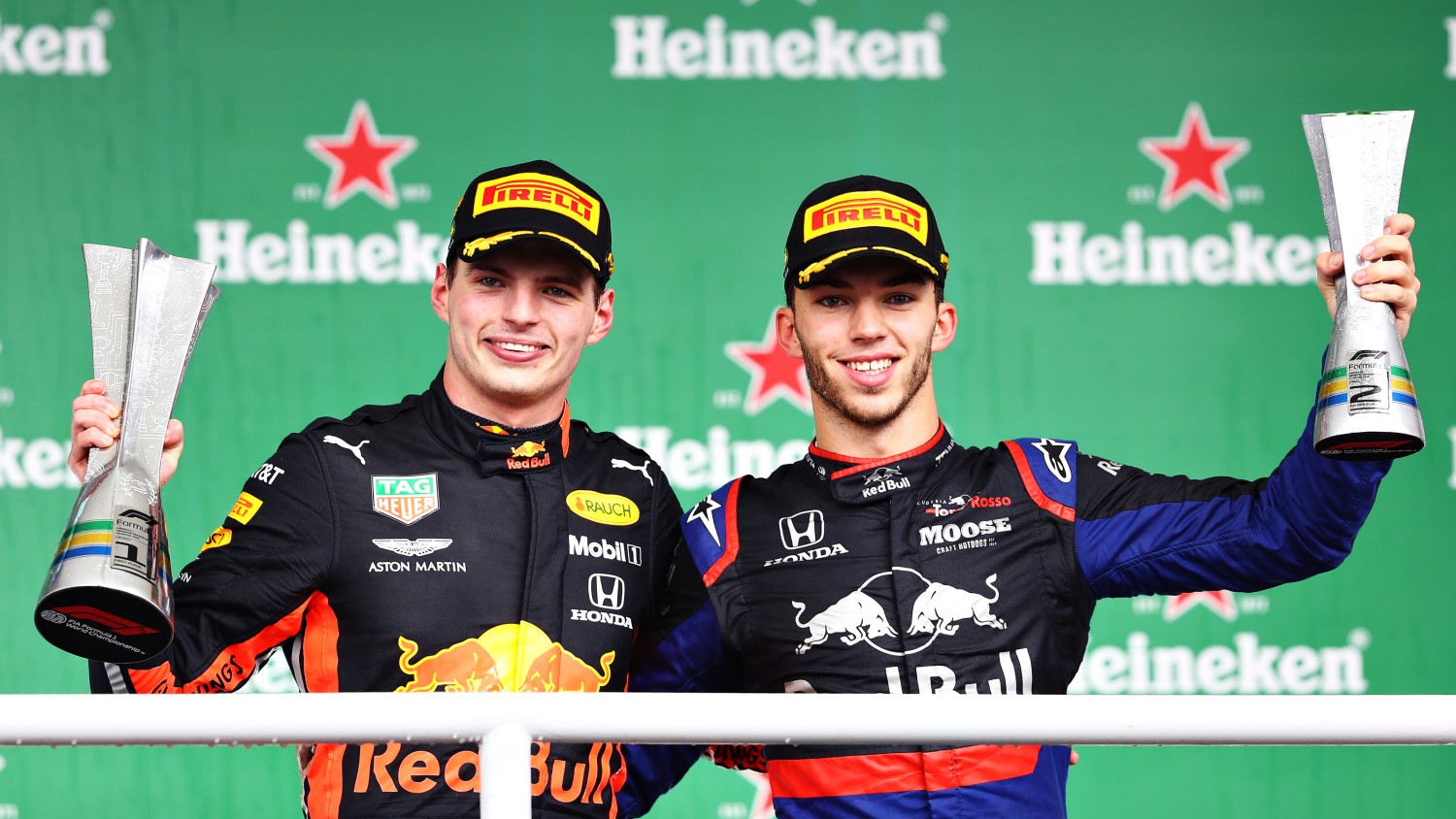 (GMM) Pierre Gasly remains a candidate to return to Red Bull Racing in the future.

That is the claim of team boss Christian Horner, even though Frenchman Gasly was demoted mid-season and replaced by rookie Alex Albon.

Albon is staying in 2020, but Horner said Gasly is "of course" eligible to return in the future.

"He has a new contract for 2020 and therefore the chance to recommend himself for Red Bull again," he said.

Horner explained that Red Bull had to act because Gasly's confidence was shattered.

"The gap was getting bigger and bigger," he said. "You only had to look at his body language as his shoulders got lower and lower. We had to act so he could regain confidence."

Horner said Albon is improving race by race, and should have been on the podium in Brazil.

But he admitted that being Max Verstappen's teammate is difficult for any driver.

So far, Red Bull's instinct appears to have been right, as Gasly is now shining at Toro Rosso and in Brazil he even finished second behind Verstappen.

"We are seeing the right Pierre again," Dr Helmut Marko is quoted by Speed Week.

"We always believed in him. Had we left him at Red Bull Racing, he might not have recovered."