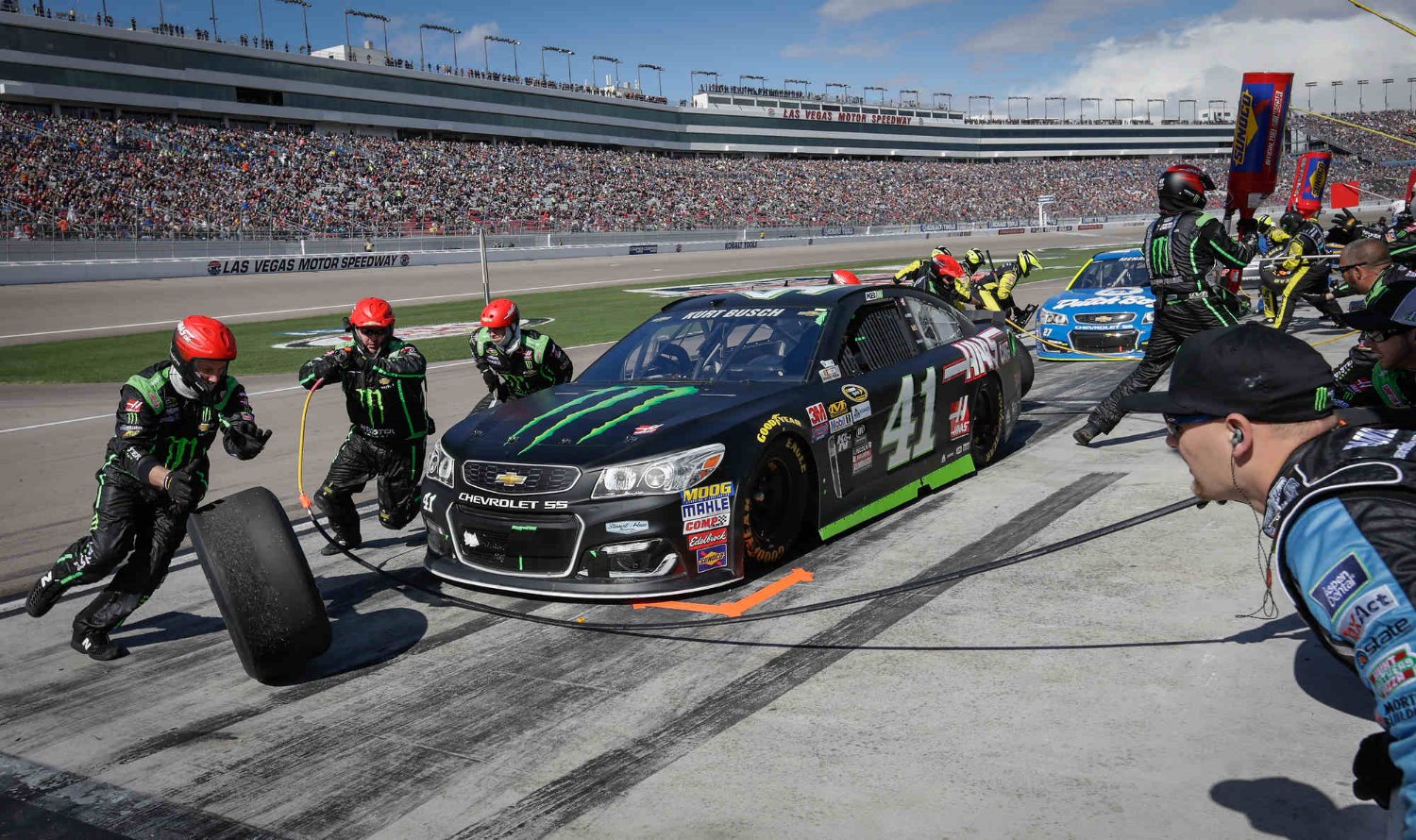 UPDATE After years of teasing, pleading and politicking, Las Vegas Motor Speedway is on its way to hosting a second NASCAR Cup race in 2018.

The press conference will be held 30 minutes after the board of directors of the Las Vegas Convention and Visitors Authority meets to approve a sponsorship agreement that would pay the track $2.5 million a year for seven years to promote two Cup races at Las Vegas Motor Speedway. NBC Sports

Speedway Motorsports President and CEO Marcus Smith spoke at the driver's meeting prior to Sunday's NASCAR Cup Series race at Atlanta Motor Speedway. Concerning the rumor of Las Vegas Motor Speedway getting a second date, Smith said the company would love to have a second date at the track, but would not elaborate as to which track would shift a date to Las Vegas.

Smith also said the company was reconsidering their plan to re-pave Atlanta Motor Speedway after several drivers spoke out against it in the media over the weekend.

03/03/17 Las Vegas is close to getting a second top-tier NASCAR race at Las Vegas Motor Speedway.

The Las Vegas Convention and Visitors Authority board of directors scheduled a special meeting Wednesday to consider an annual $2.5 million sponsorship agreement with NASCAR that would include the addition of a fall race at the speedway.

Since 1998, NASCAR has had a Las Vegas race, usually in March. This year's race, the Kobalt 400, a part of the Monster Energy NASCAR Cup race series, is March 12. [Editor's Note: The question would be – which of Speedway Motorsports race tracks would give up a race date (Atlanta, Bristol, Charlotte, Texas, New Hampshire, Sonoma, Kentucky) Las Vegas Review Journal