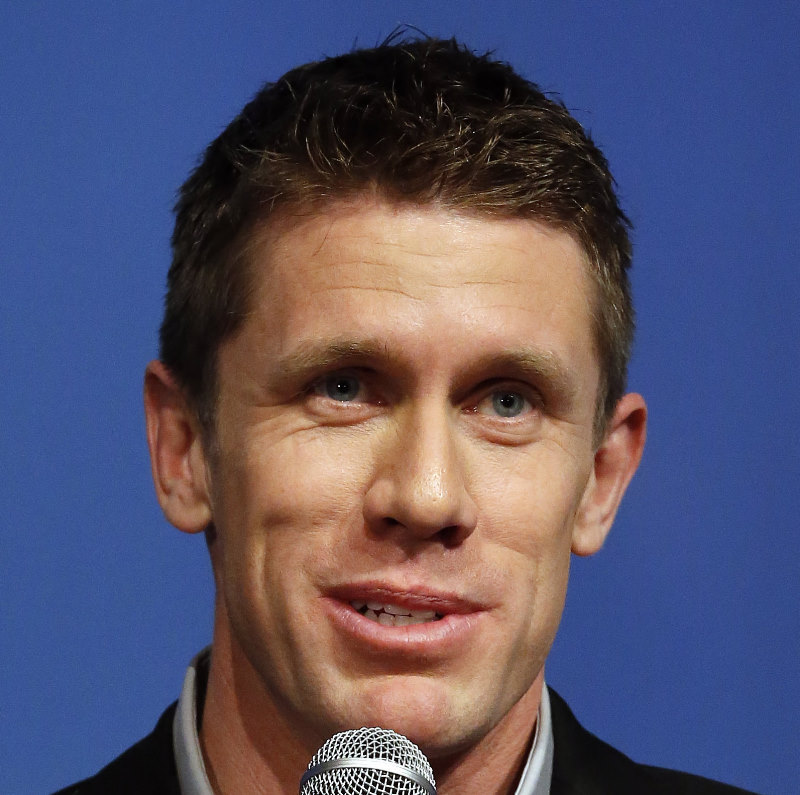 UPDATE A run for Congress? Not so fast for former NASCAR Cup driver Carl Edwards, the subject of speculation for an upcoming run for U.S. Senate.

Helping coach his Joe Gibbs Racing replacement Daniel Suarez during a test Tuesday at Phoenix Raceway, Edwards had this to say about the news that he wouldn't rule out a run for office: "That went out of control. The point is I don't ever rule out anything. I don't have any interest in politics for politics.

"I really do believe in American and I believe that if a person can help maintain the future opportunities for other people like the opportunities all of us have had, that's our duty as Americans, that's what the whole country is founded on. If that's something down the line that fits in that I can do, that would be an endeavor that I would be real proud of. But I'm not like putting together this campaign or something. Not right now." ESPN.com

01/25/17 Edwards didn't exactly rule it out when reached by The Associated Press. He texted: "I believe firmly in the principles that the U.S. was founded upon. If I could help, I definitely would consider it."

Edwards also stressed that has no such plans at the moment, but also quoted Gen. Douglas MacArthur: "No man is entitled to the blessings of freedom unless he be vigilant in its preservation."

His retirement has baffled the NASCAR community, with few having a clear understanding on what spurred Edwards' decision. Associated Press

01/25/17 From Terry Smith, a political science professor at Columbia College in Columbia, MO and a regular commentator on KBIA's Talking Politics:

"One more unrelated thing, and remember where you heard this first. Carl Edwards, the recently-retired NASCAR driver and hometown hero, will run against [Democrat] Claire McCaskill for the Senate seat in 2018." KBIA