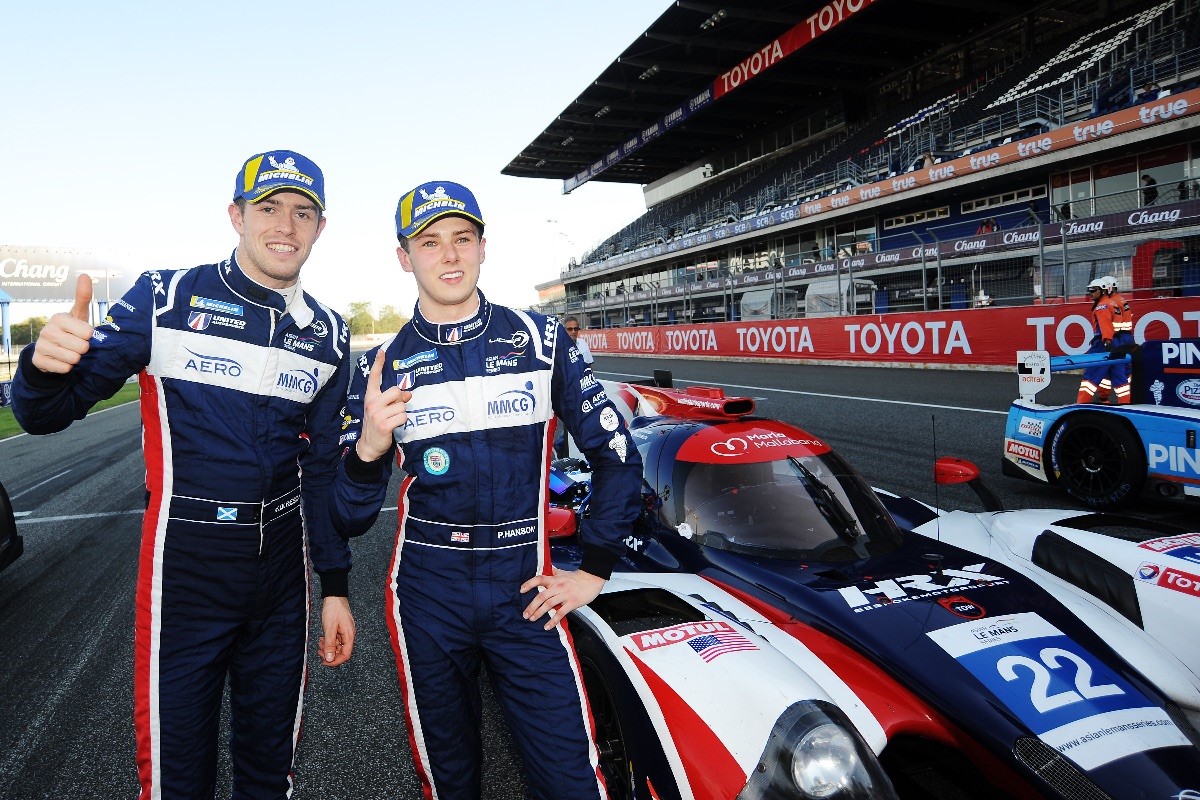 Fighting for the outright victory in the LMP2 class will be a two-car effort from long time Asian Le Mans Series team, Eurasia Motorsport, and a two-car entry from reigning LMP3 Champions InterEuropol Competition who have made the step up to LMP2 this season.

2016/17 Asian Le Mans Series Champions and 2018/19 runners up, Algarve Pro Racing will also be back, but this time in a new partnership G Drive. The team have entered the Series’ first Aurus 01 LMP2.

Joining what is shaping up to be a fiercely contested LMP2 class will be Series debutants Thunderhead Carlin Racing, and Japanese team K2 Uchino Racing.

After winning the LMP2 Am Trophy and the invitation to the 24 Hours of Le Mans earlier this year, ARC Bratislava will be back to defend their title this season. Joining them will be a two car entry from Monster Energy NASCAR Cup Series and Xfinity Series regulars Rick Ware Racing who will be making their debut in LMP2 racing. Another Series debutant, RLR Msport from the UK will also be fighting for the title.

In LMP3, Inter Europol Competition are returning to defend their Championship title. Their job will not be easy though with Nielsen Racing returning with a two-car effort again this season. Malaysian team, Viper Niza will also return to the Series. Joining the battle will be series newcomers GRAFF Racing and ACE1 Villorba Corse. This season will see the debut of the NORMA in the Asian Le Mans Series with both Nielsen Racing and GRAFF Racing entering M30’s for the first time.

Four different GT manufactures (Ferrari, BMW, Aston Martin and Lamborghini), will be present in the 2019/20 Asian Le Mans Series which will see nine full season entries hoping to follow in the footsteps of last year’s Champions CarGuy from Japan! The teams will be fighting for not only Championship glory, but also a highly coveted invitation to the 24 Hours of Le Mans.

Along with the return of reigning Champions CarGuy, Spirit of Race and Team AAI (2017/18 Champions) will also return. This season will see the arrival of five new Asian GT teams. Chinese team Astro Veloce Motorsports will make the step up from the Chinese Endurance Series with two BMW M6 GT3s. Other new GT teams joining the Series from Asia are HubAuto Corse and T2 Motorsports, both running Ferrari 488 GT3s, D’Station Racing with an Aston Martin Vantage AMR GT3, and JLOC with a Lamborghini Huracan GT3 Evo.

The 2019/2020 Asian Le Mans Series is set to provide more thrilling action up and down the grid, from the battle for outright honors in LMP2, to the bolstered GT3 Class.

Drivers:
The 2019/20 Asian Le Mans Series has attracted some outstanding drivers, all of whom are at the top of their game. The grid will this year include two ex F1 drivers, two current Ferrari F1 development drivers, a 24 Hours of Le Mans GTE winner and World Endurance Champion, as well as GT factory drivers from BWM, Ferrari and Aston Martin.

The Series is also attracting some young talent on their way up the ladder, and some very experienced amateur drivers. Combined, this means the standard of competition should be very high.

Manufacturers:
LMP2 will this year see the introduction of the latest generation cars, with the LIgier JS P217, Dallara P217 and the Oreca 07 Gibson doing battle. This year will also see the debut of the Aurus brand in the Asian Le Mans Series.

The older generation LMP2 cars, the Ligier JS P2 and Oreca 05 Nissan, are this season fighting for the LMP2 Am Trophy

In the GT class the Series sees the arrival of the new Aston Martin Vantage AMR GT3, and the return of the BWM M6 GT3 and Lamborghini Huracan GT3 EVO. After CarGuy won the class last year, the Ferrari 488 GT3 is very popular – there will be four full season entries for the Italian manufacturer in the 2019/20 season.

In total, there will be four Ferrari 488 GT3s, three BMW M6 GT3s, an Aston Martin Vantage GT3, and a Lamborghini Huracan GT3

A trip to Australia, night racing in Malaysia, and a return to China and Thailand!

The 2019/20 Asian Le Mans Series will again be made up of four races, each of four hours in length. It will start in China at the Shanghai International Circuit with the Agile Lohas World 4 Hours of Shanghai on the final weekend of November.

The Series will then make its first trip to Australia for the 4 Hours of the Bend in mid-January. The Bend Motorsport Park is Australia’s newest permanent circuit and the Asian Le Mans Series will race on the full 7.77km configuration – the second longest permanent track in the world. This will be the first time in 20 years that there will be Le Mans Prototypes racing in South Australia. The last race there was the Race of a Thousand Years, a race organized by Don Panoz. The 4 Hours of The Bend will be the first ever ACO managed event to be held in Australia.

The Series will also experience something new in Sepang during the third round of the Championship – this year the 4 Hours of Sepang will finish at night.

Just one week later, the final round of the 2019/20 Asian Le Mans Series will be held at the Buriram International Circuit – this will be first time the Championship has finished in Thailand.

Class structure:
The Class structure of the 2019/20 Asian Le Mans Series will only see one change from the 2018/19 season. The Series will continue to provide a mix of both prototype and GT cars that is synonymous with Le Mans racing.

The only change will be to the cars eligible in the LMP2 and LMP2 Am categories. From the 2019/20 Asian Le Mans Series, the latest generation LMP2 cars will be eligible to race in the outright class. The older generation cars will continue to be eligible within the Series, however from the 2019/20 season they will be limited to just the LMP2 Am Trophy class.

Global Audience:
By making the live stream available for free and in full around the world, the Asian Le Mans Series is one of the most accessible race series globally. The Series’ TV package alone has a potential reach of close to half a billion viewers around the globe.

The 2018/19 Asian Le Mans Series achieved a live stream audience of 4.33 million viewers around the world. In addition to the global reach of the stream, 1.48 million people watched over 600 hours of Series highlights that were broadcast across 104 countries on 57 channels.

Broadcast Program:
For the 2019/20 Asian Le Mans Series the coverage will again grow, boosted by additional content, to deliver a world class broadcast program. The highly popular live streams of all qualifying sessions and races will continue, as will the comprehensive global tv highlights package.

Growing Chinese Audience:
The Chinese live streams saw a record 3.8 million viewers watch the Asian Le Mans Series during the 2018/19 season. The Series was also featured during Chinese language motorsport news program MAXSPEED which has an audience of over 500,000 people. There was also a dedicated Chinese language program called “Asian Le Mans Talk" featured 6 x 30-minute shows and was watched by 219,000 people in China.

The 2019/20 season will see the addition of a dedicated Chinese commentary program for all four rounds, further opening up the Series to the growing Chinese motorsport fan base