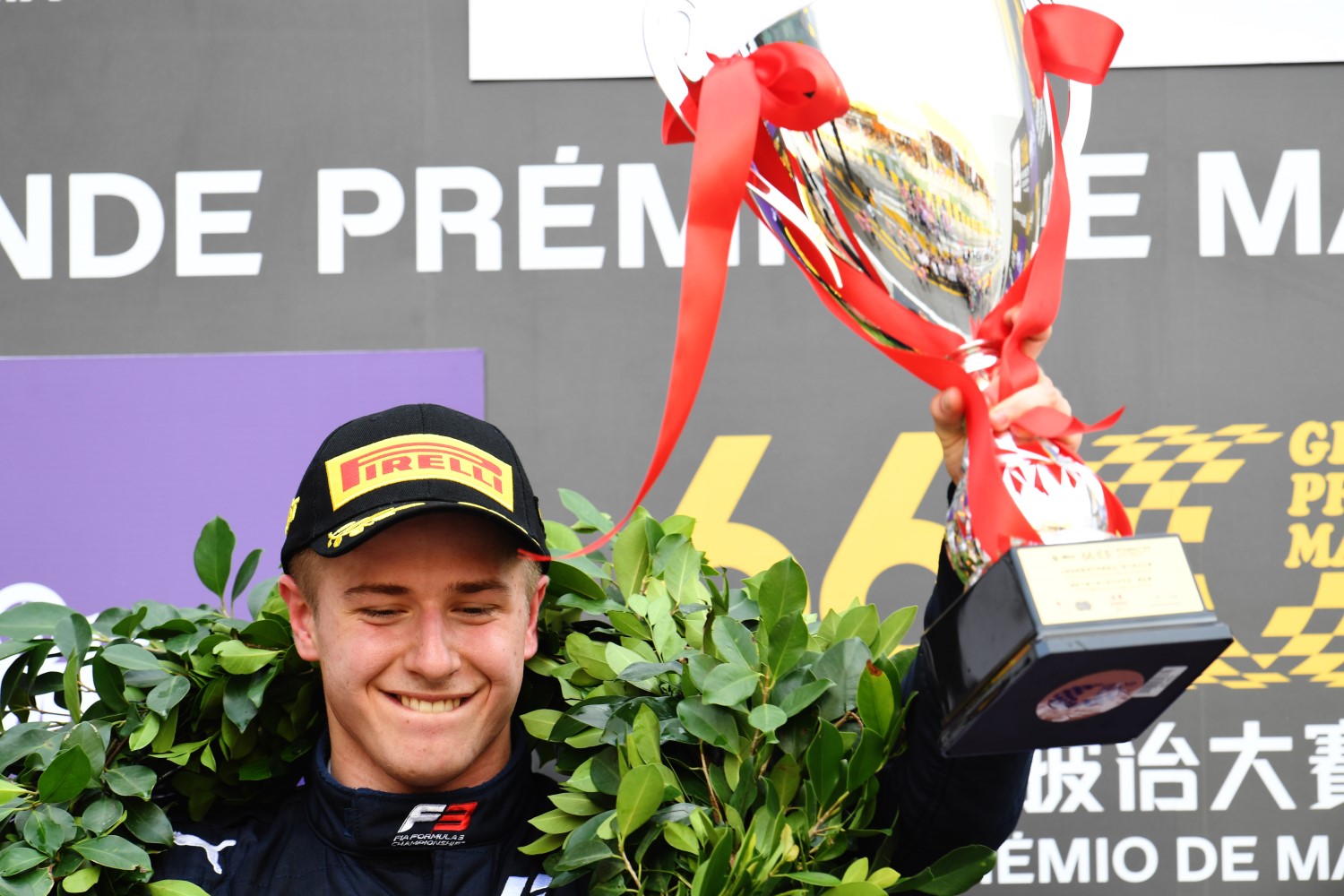 Juri Vips took a controlled win in the Qualification Race which decides the grid for the start of Sunday’s Suncity Group Formula 3 Macau Grand Prix – FIA F3 World Cup, as a first-lap pile-up took a number of contenders out of the running.

It was a near-perfect race for Vips, the Estonian avoiding the slipstream into Lisboa Bend on the first lap before controlling the remainder of the 10-lap race. He managed to keep second-placed Robert Shwartzman just out of the DRS zone, the final gap to the Russian 1.5 seconds at the finish.

"I didn't want to take full risk at the beginning," said Vips. "The track changes overnight, so you couldn't immediately be at 100 per cent. You had to build it up a little bit. It's never really perfect, but there were no mistakes. I didn't expect starting from pole to be the best thing, but I really got a mega start and Robert didn't get the best one. I think that's why I led into the first braking zone. I think if people around me get a good start tomorrow it'll be a bit harder, but I'll try my best."

Shwartzman, meanwhile, admitted he didn't quite have enough to take the fight to the Hitech driver. "It wasn't the best, but it wasn't bad. It definitely wasn't as good as Juri's start," he said of his start. "Juri was quick at the beginning, he built the gap. Towards the end I started to catch him, but it wasn't enough to get into the DRS."

A fast start set up a surprising podium for Christian Lundgaard, the Dane finishing a lonely third.

Dutchman Richard Verschoor finished fourth, making one of very few passing moves at the front of the field on Callum Ilott at Lisboa with two laps to go.

Dan Ticktum is facing an uphill battle if he's to win a third straight Formula 3 Macau Grand Prix, the Briton caught up in a costly first-lap pile-up at Lisboa Bend. The crash started when Logan Sargeant clipped Arjun Maini, whose Jenzer entry was subsequently fired into the wall. That left a number of cars with nowhere to go, Jake Hughes out on the spot while Ticktum, who was launched into the air, had to pit for repairs. He managed to get to the finish, but was classified 27th and two laps down.