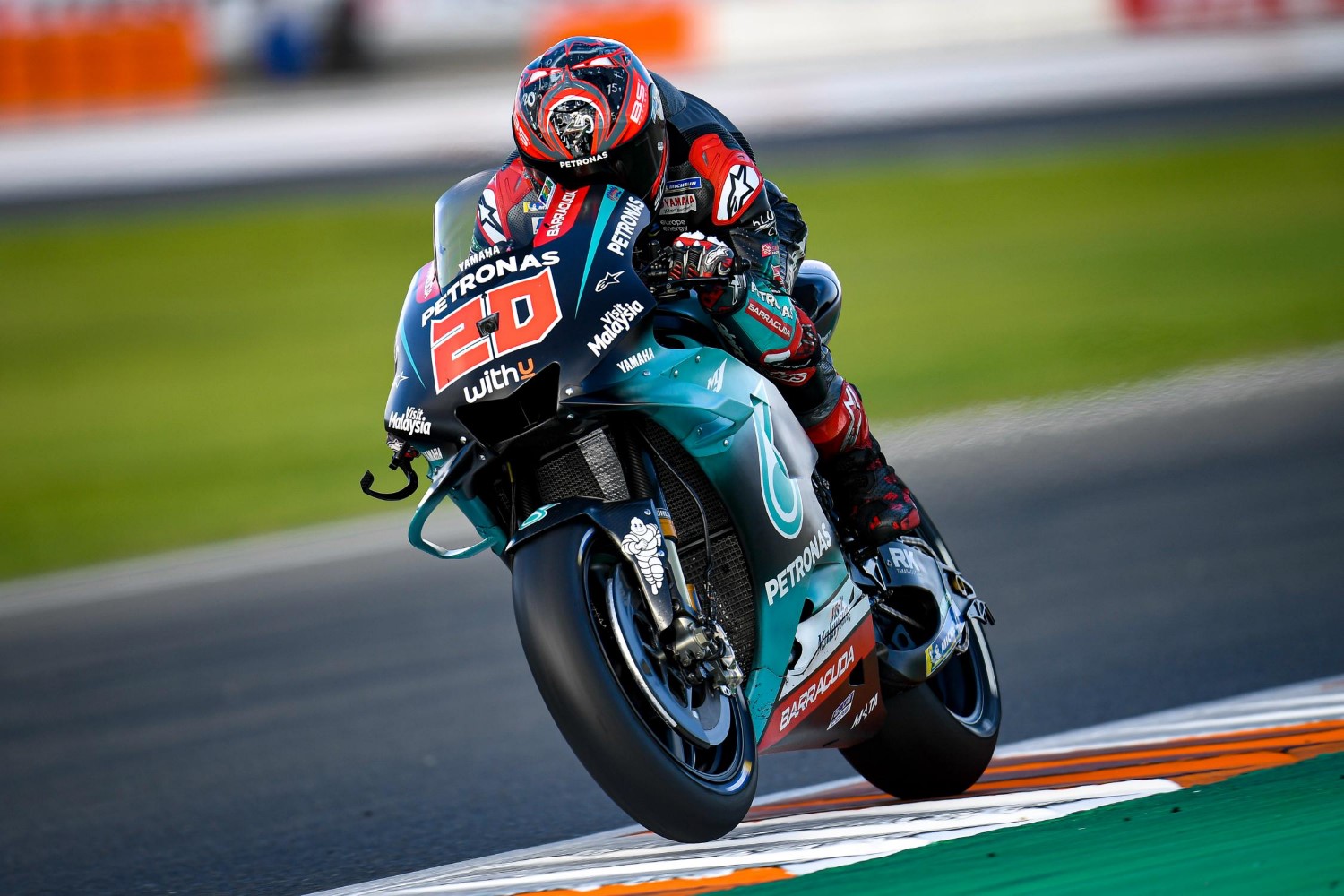 Quartararo was able to lead the way in this morning’s FP1, lapping the 4.0km circuit in 1min 31.455 secs to lead the way from his Independent Riders’ Championship rival Jack Miller. Doing the double in FP2 by setting a time of 1min 30.735secs to end up fastest again, Fabio leads the way into tomorrow’s second day of action by 0.148secs from fellow Yamaha rider Maverick Vinales.

After the emotional retirement announcement of Jorge Lorenzo on Thursday, the Repsol Honda Team were straight back to work at the Valencia GP. It was a classic Valencia day with cold conditions in the morning before improving in the afternoon. Motivation inside the garage remains high after a long season as the Repsol Honda Team aim to defend their Triple Crown.

Reigning World Champion Marc Marquez was the first to take advantage of the afternoon’s improved conditions after a steady morning of work. Setting a 1’30.974 early in the session, Marquez finished the day as the third fastest rider after two productive sessions. Able to consistently lap in the mid to low 1’31s, the eight-time World Champion showed formidable consistency and overall pace. Opting not to fit a new tire, Marquez still has speed to unleash in Qualifying.