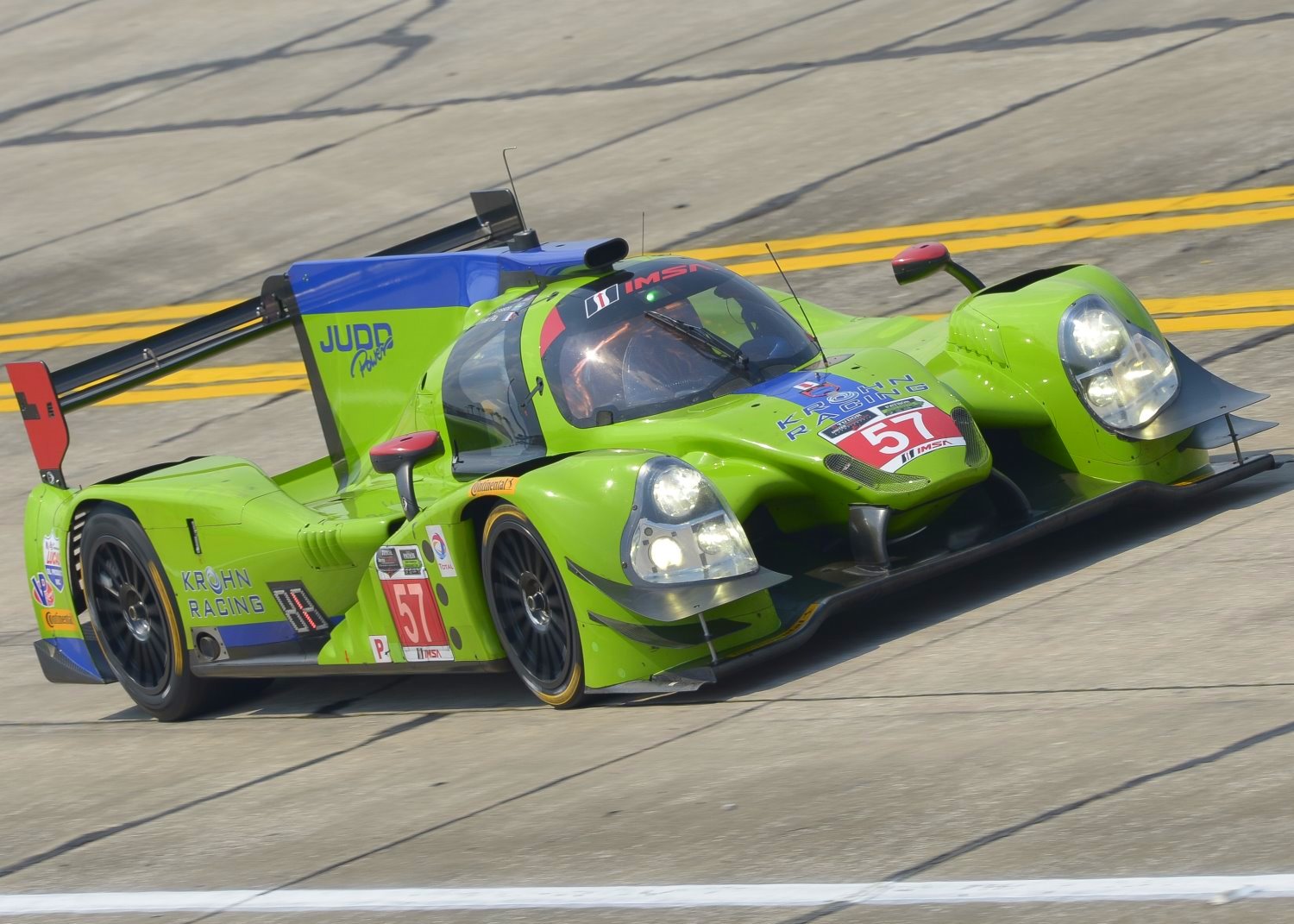 The French driver ran a lap of one minute, 51.152 seconds (121.131 mph) on the challenging 3.74-mile Sebring International Raceway circuit in the No. 57 Krohn Racing Ligier JS P2/Judd, earning the first TUDOR United SportsCar Challenge pole. The race is the second round of the Tequila PatrÃ³n North American Endurance Cup, which opened with January's Rolex 24 At Daytona and will continue with the Sahlen's Six Hours of The Glen in June and Petit Le Mans powered by Mazda at Road Atlanta in October.

"I knew we have a very good package and a strong car," said Pla, who led three of the four practice sessions for the event. "It's always nice to start on pole, especially the pole at Sebring. Of course, 12 hours is a different story. I have done this race three times, and it was never easy. This is a very demanding track and we need to be very clever with our strategy."

Team owner Tracy W. Krohn has been with the Ligier project "since it was just on a piece of paper," and is very happy with his new car.

"[Ligier builder] Onroak Automotive did a great job delivering the car on time and on budget," Krohn said. "I felt good early in the week when Olivier said, 'The car is good.' Our thought process this year is to race this car over in Europe in the ELMS. But if we win here and get points for the Tequila PatrÃ³n North American Endurance Cup, that could change the thought process. This is a very competitive series, with great drivers and fantastic tracks. I don't remember when we won our last pole – it's been a long time."

Ryan Dalziel will start from the outside of the front row after running 1:51.455 (120.802 mph) in the No. 1 Tequila Patron ESM Honda HPD co-driven by Scott Sharp and David Heinemeier Hansson.

Johnny Mowlem put the No. 16 car on the pole for the Rolex 24, knocking Braun from the pole with a final lap flyer.

"It was a very difficult session," said Plowman, who learned he would drive at Sebring only nine days ago. "The cars are very difficult to drive. I told the team as long as they give me a fast car, I'll hustle it around and I'll get a good result. This is a very competitive class. Any time you can beat Colin Braun and the CORE autosport car, you know you're having a good day. Today when the car was at its peak, I hit every apex and the time appeared out of nowhere"

Tom Kimber-Smith qualified third with a lap of 1:55.416 (116.656 mph) in the Daytona-winning No. 52 PR1/Mathiasen Motorsports Cuttwood/Spyder ORECA co-driven by Mike Guasch and Andrew Palmer.

The surprise of the session was Connor Daly. The son of two-time Sebring winner Derek Daly placed fourth with a lap of 1:55.748 (116.322 mph) in his first appearance in the No. 38 Performance Tech Motorsports Ric Man Construction/GO-PUCK ORECA co-driven by Jerome Mee and James French.

"You can tell how competitive this class is," Daly said. "It's certainly close. We're about four-tenths from pole and we're fourth. It's good to be close; we just missed it by a bit. It was just nice to see where we stacked up. Now we just focus on the race."