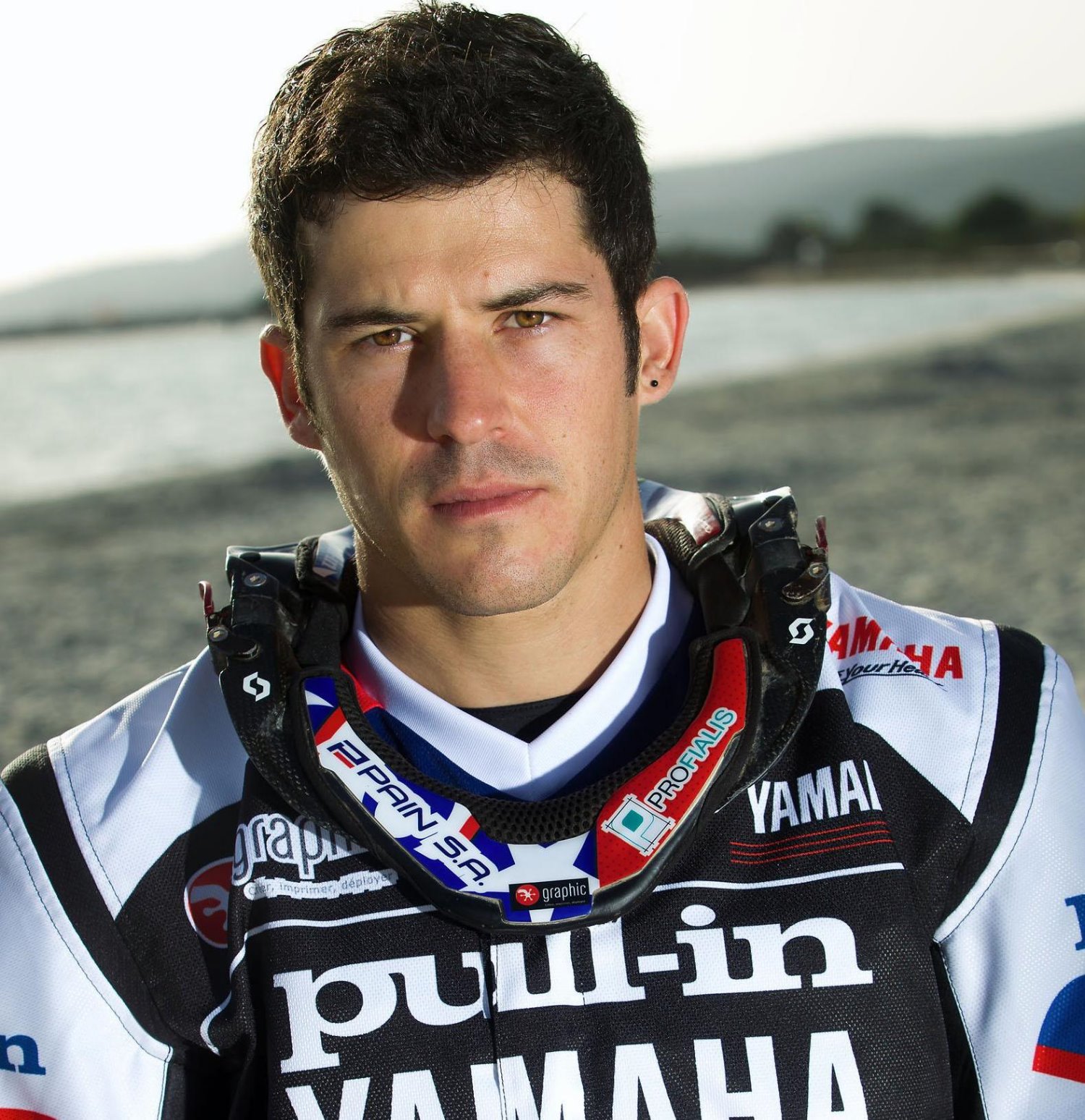 With a route of 9000 kilometers, 5000 of which are against the clock, the 2015 Dakar looks certain to live up to its fearsome reputation. Just a few days before the start of this epic adventure and with the rough outline of the stages already on the Dakar website, Yamaha Factory Racing Yamalube's Olivier Pain shares his impressions of the challenge to come.

Olivier Pain
"The thing that initially strikes me when I look at the 2015 edition is its similarity with the route the first time we raced the Dakar in South America back in 2009, with a start and finish in Buenos Aires. I remember vividly the huge crowds that came out to see us then and I'm pretty sure there'll be the same impressive mass of spectators next January 4th. It's a great way to start the race and you can't help but be swept up in their enthusiasm. I'm pretty certain about the kind of welcome we will receive throughout our loop through Argentina, Chile and Bolivia. However, nothing that leaked out prior to the 2014 edition prepared us for the level of difficulty we experienced on the first week."

"Still, if we look at the route a bit more closely we can make some educated guesses about what to expect. The first day is a long stage but a short special, 663 and 175 kilometers respectively. It has been billed as a giant prologue without major difficulty and that seems entirely logical. Clearly the challenge is to not get carried away and do anything stupid right at the start of the race, while making sure to be up with the front runners and not stuck in the dust of the mid-pack riders, to be well positioned for the stages prior to crossing over the Andes into Chile."

"From the second stage on you could say that the Dakar 'proper' gets under way with two tough stages to Chilecito. In the past this region has caused plenty of problems for competitors of all abilities. In the previous edition we had temperatures up in the high 40s and clearly this can be very tough on both man and machine. You don't want to push either into the 'red' but again you can't afford to fall back too far. A few years ago we had big storms and they can bring their own problems. Whatever the conditions, these two stages need to be approached with great care, so as to be sure to get to the crossing into Chile in the best possible shape."

"From Chilecito we'll have a long liaison over the Andes towards Copiapo. It's likely to be very cold, subzero is not impossible and we'll reach altitudes of around 4800 meters. All this will be done in liaison, but as we are racing soon after we get over the other side, and still have another two big stages before the rest day, you want to keep the impact of the Andean passage to an absolute minimum!"

"The Atacama Desert stages are always a highlight of the rally and something I will be looking forward to. We are in wide open spaces where good navigation is essential and it's a challenge I personally relish. I'm not one to follow the rest of the pack blindly and will be making sure I read my road book very carefully to put in a series of good results. The race is often won or lost during this kind of going and for me it is the very essence of rally-raid."
Iquique we get our well earned rest day. This is a bit of a euphemism because between various team briefings and press interviews there always seems little time to actually rest! Still, I should at least get the time to have a good sort through my bags and squeeze in a quick afternoon siesta!"

Week 2
[adinserter name="GOOGLE AD"]"Straight after the rest day we head into Bolivia for a couple of days. Unless the organizers have found some special 'bike only' tracks, for us I think the route will be similar to last year's and relatively straightforward. There are however three elements that could complicate matters. The first is that it is a marathon stage, meaning that we have no outside mechanical assistance for the night we are there. These marathon stages are always a special moment on the Dakar. The bike competitors are all alone, in pretty basic conditions and that creates a very different, more intimate atmosphere. Obviously not having any assistance adds another dimension. If you don't have any problems with your bike then you just check it over, change the air filter and get on with marking up the next day's road book. But if you've had a crash or some other mechanical issue then you know you are in for a late night and lots of improvisation to make repairs as best you can ready to start the next day. The other challenge is that the bivouac is at 3500 meters and you will feel the difference. You will be short of breath and might not sleep so well, all of which puts additional strain on an already tired body!"

"Heading back to Iquique there is talk of us crossing the biggest dried salt lake in the world. I think that it is something ridiculous like 100 kilometers wide. We were supposed to cross it last year but apparently it wasn't dry enough. Whether we do it this year remains to be seen. For sure the organizers can't take the risk of the whole race sinking under the lake's salty crust."

"The next day we say farewell to the Atacama Desert, which can always come up with some surprises, before heading back over the Andes – direction Salta – and our second marathon stage of the rally. Clearly this is going to be one of the toughest two days of the rally. The high altitude always takes it out of you and, to make matters worse, we start the special at 3600 meters, which means not much air for either the bike or the rider. Then when we get down to Salta we'll have to manage on our own again with no mechanical assistance. That means riding to preserve the bike and pilot and making sure your tires aren't too destroyed for the following day. Fortunately we have a single cell fuel tank this year which should make the bike much easier to service."

"After that, in theory at least, it should be a relatively straightforward run back down to Buenos Aires, over relatively flowing WRC tire 'pistes'. I say 'in theory' because you never know really know what the organizers, the terrain, the climate or Lady Luck will throw at you. We will know a bit more when we get to Buenos Aires and the organizers give us a more detailed breakdown of the stages. I'll have another good look at the stage profiles but I'll still be on my guard. It's tempting to get too far ahead of yourself and run 'your' Dakar film through your head before you've even started. Experience has taught me that it is better to take it one day at a time and expected the unexpected. Pretty much the only thing you can be certain of for 2015 is that, just like every year, the Dakar will be the toughest motorsport challenge on the planet and a great way to start the New Year!"