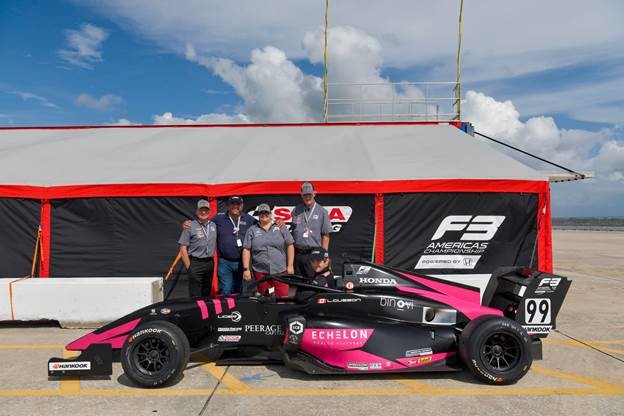 SCCA Pro Racing announced that F3 Americas Championship Powered by Honda will travel North to Canada, in 2020, making its international debut on the streets of Quebec during the Grand Prix de Trois-Rivieres Aug. 7-9, 2020.

“F3 Americas Championship is excited to add a Canadian stop to our 2020 schedule," said SCCA Pro Racing General Manager Sydney Davis-Yagel. “We’re excited to internationally debut the Honda-powered Ligier JS F3 cars on Hankook tires at such a fan-favorite event like the Grand Prix of Trois Rivieres. It’s also a perfect event to showcase our field of talented drivers on the championship’s first temporary street circuit."

The Grand Prix de Trois-Rivieres took a page from its golden years playbook, as the event will feature major stock-car and single-seater on one weekend ticket. F3 Americas will support NASCAR Pinty’s Series for three action-packed rounds on the historic 11-turn, 1.53-mile course

“The period where we had an important stock-car series with Trans-Am and a major single-seater championship with Atlantic are remembered as some of the most significant of our 50 editions," said Dominic Fugere, general manager of GP3R. “With the NASCAR Pinty’s Series adding 10 laps to its Trois-Rivieres round and the F3 Americas Championship bringing some of the best developing talent of the continent, we are happy to bring our fans such a breadth of racing in our city. Spectators in our Villeneuve and Germain grandstands, right in front of our pit lane, will be treated to more drama and we believe that these seats will go very fast."

“I am really excited that the F3 Americas Championship added GP3R to its Canadian roster for 2020," said Cusson. “It’s the perfect place for F3 Americas to introduce itself to the Canadian fans and to race on the championship’s first ever street course."