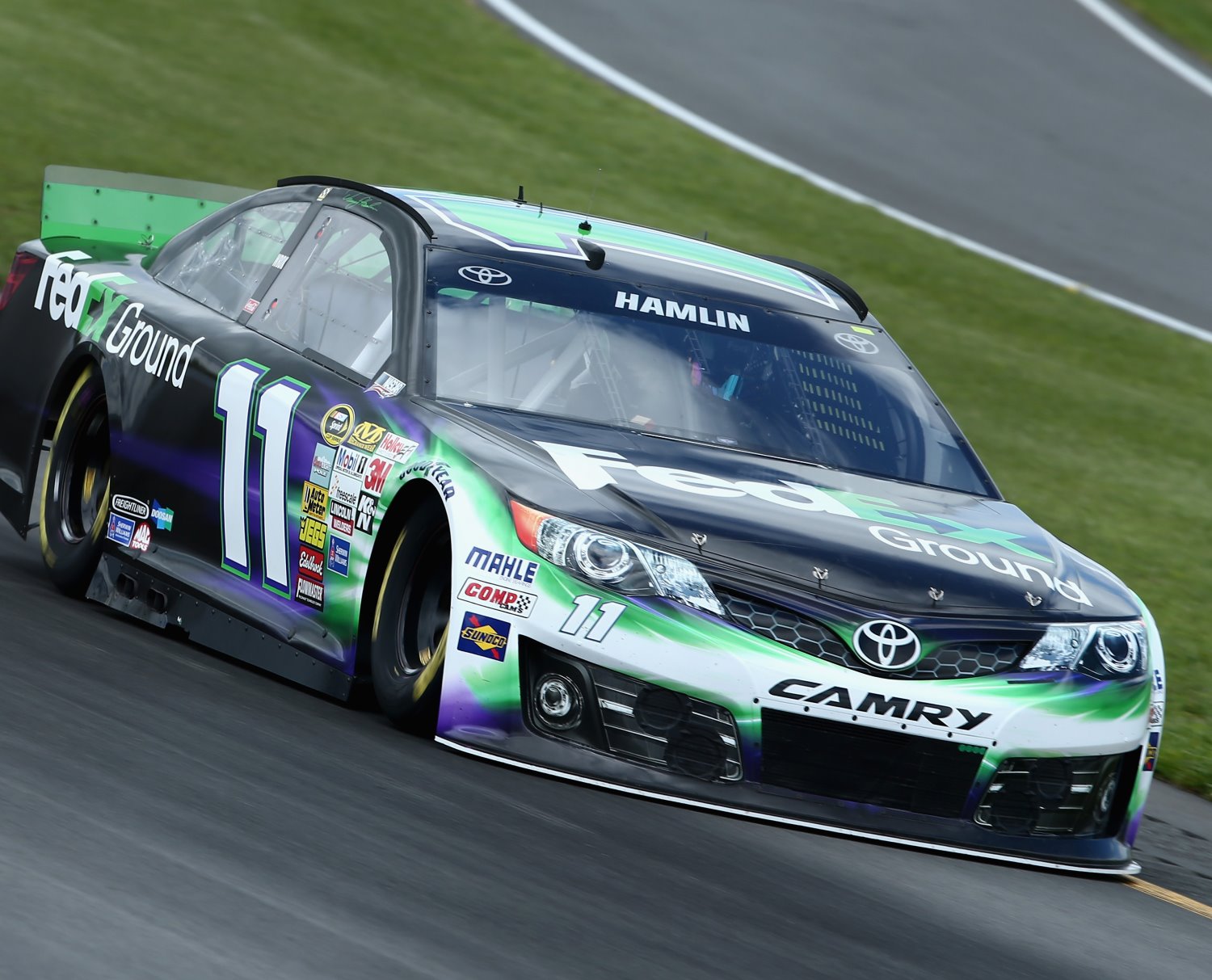 Hamlin posted a lap of 181.415 mph in the final round of qualifying to edge Kurt Busch for the pole position. For Hamlin, this is his second Coors Light Pole Award this season, the 19th of his career and the third of his career at Pocono. Hamlin also has four wins at the 2.5-mile track.
Brad Keselowski and Kevin Harvick will start in Row 2, with Jeff Gordon and Kyle Busch set to start in Row 3.

Tony Stewart was the third Stewart-Haas driver to earn a top-12 starting spot and will come off the grid 12th.

Jimmie Johnson, the defending race winner and the winner of the past two Sprint Cup races, did not advance to the final round of qualifying.

Among the notable drivers to not make it past the first round of qualifying were Matt Kenseth and Kasey Kahne.

A red flag was displayed with about nine minutes left in Round 1 of the three-round qualifying. Dave Blaney spun in Turn 1.

All 43 cars entered in the race advanced to Sunday's main event.

There are two practice sessions scheduled for Saturday. The first will begin 9 a.m. ET and last for 60 minutes with final practice beginning at 11:30 a.m. ET and running for 50 minutes.

DENNY HAMLIN, No. 11 FedEx Ground Toyota Camry, Joe Gibbs Racing
Starting Position: 1st
How were you able to get the top qualifying position for Sunday’s race?
“It’s a tough balance, but we really just made the car a lot better. Each session our balance got a little bit better and we were able to get a little bit more speed out of it. That’s kind of what you want to do, play it enough in the first few rounds to get to the final round where you go all out. Good job by our FedEx Ground Toyota team. We didn’t test up here, we’re one of the only teams that didn’t test, but it’s good to at least have a good Friday."

Do you feel good so far this weekend about racing at Pocono given your previous success?
“The race track is just so different, you might as well just rename the race track — it's just not the same as it used to be. Really the setups are completely different, the way you drive it, the technique is similar, it’s just you use so much more throttle than you used to. It’s good to get a track record and have that number one pit stall — that will pay dividends on Sunday. I have the best pit crew on pit road. Hopefully this lends itself to a great win on Sunday."

Will a driver who starts deep in the field on Sunday be a factor for the race win?
“Yeah, maybe not at the beginning for the first half, but certainly after. Pit strategy really gets jumbled around here a lot to where it causes people to play strategies and it allows you to pass cars on pit road, not necessarily as much on the race track. I think where a lot of the race winners they’ve had great and fast cars and I remember each one of those too, (Jeff) Gordon and (Kasey) Kahne, they had very, very fast cars. When you have some pit strategy that can leap frog you past all those cars it makes things a lot easier. You definitely can’t count anyone out. As long as they have a fast car, and get it right on Saturday, typically it makes your job a little harder on Sunday and they need cautions to fall their way here and there to find strategy that will put them up front at some point."