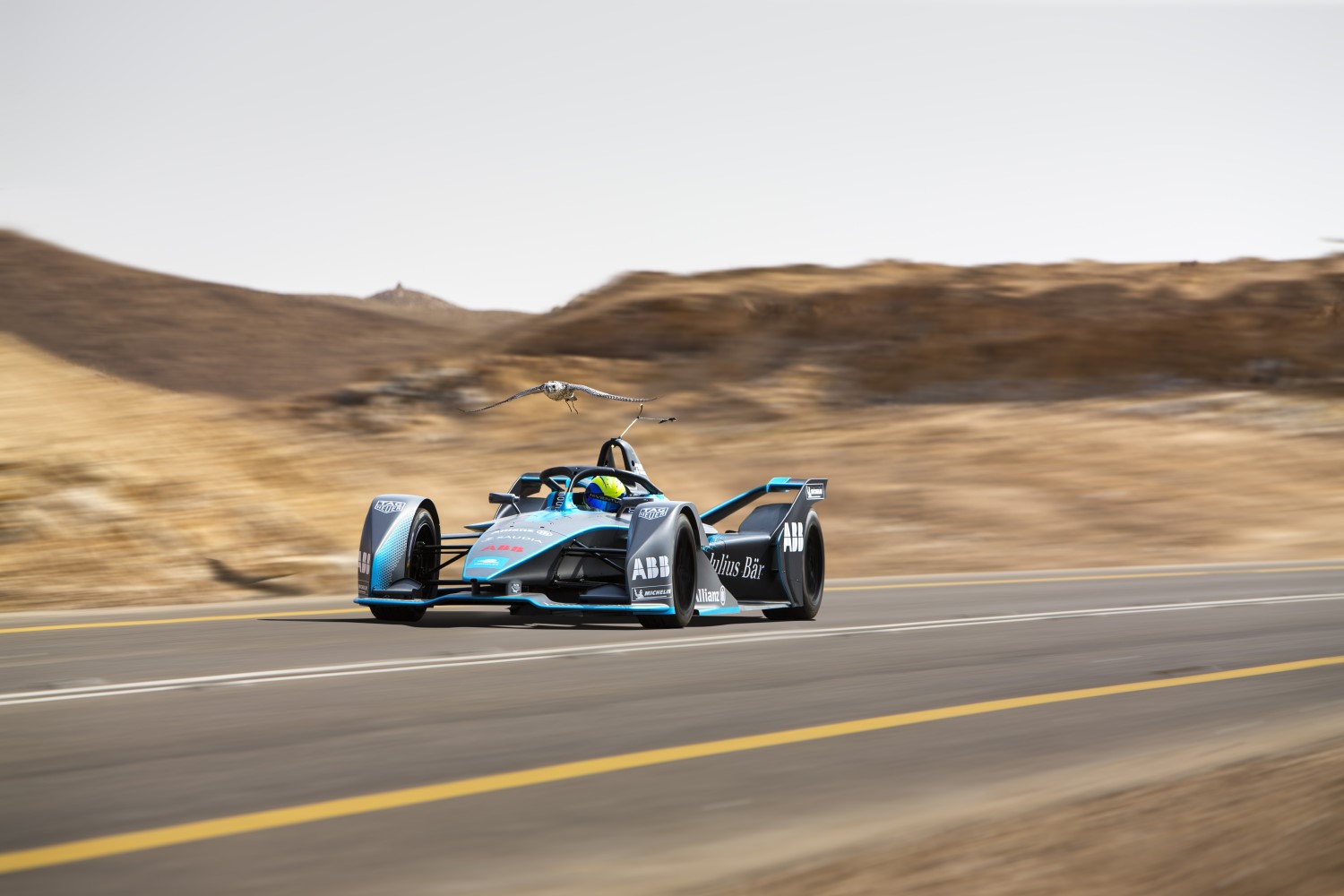 Formula E driver Felipe Massa went up against a peregrine falcon in a straight fight to outrun the fastest animal on the planet – behind the wheel of the Gen2 car.

It’s not the first time the fully-electric Formula E car has been pitted against a member of the animal kingdom, with reigning champion Jean-Eric Vergne running side-by-side with a cheetah on the Western Cape of South Africa last year.

Narrowly edging out the fastest land mammal, fans asked for a re-match – but this time together with more stern competition. Listening to the feedback of fans on social media, it was the turn of the peregrine falcon, which is capable of reaching speeds in excess of 350 km/h (217 mph) when diving through the skies.

However, the predator set its sights on a different kind of prey roaming through the desert – with a lure attached to the roll hoop of the advanced new-look Gen2 car.

Spreading his wings for the first time in Formula E machinery, 90-kilometers south-west of the UNESCO World Heritage Site in Ad Diriyah – Massa’s mirrors loomed large with the claws of the peregrine falcon. But did he manage to shake off his opponent?

Felipe Massa, VENTURI Formula E Team driver, said: “It was an incredible experience for me to race against the fastest member of the animal kingdom – it’s not something I will forget in a hurry. I like the fact that this idea came from the fans, and Formula E listened and accepted the challenge. The footage from the drive is very special and it was a privilege to take part. I’m looking forward to returning to Ad Diriyah and to start racing. It’ll be my first race in Formula E and I’m eager to get behind the wheel again. I’ve missed racing and this series has shown to be one of the most competitive out there."