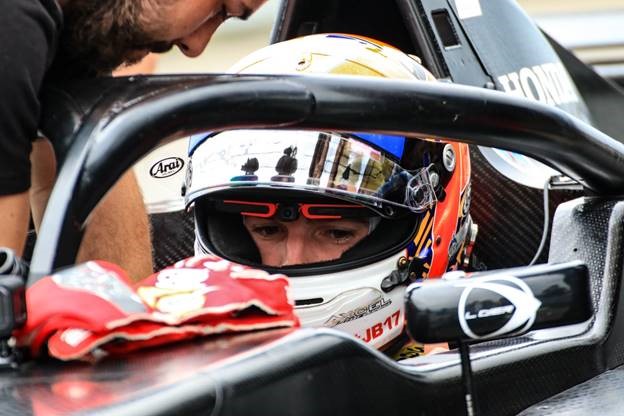 UPDATE AR1.com checked with the F3 Americas series and we were told teams expect a full season of 15 races plus two test days to cost no more than $300K for all costs per car.

With Mazda's backing now gone, it's time for IndyCar to junk its complete ladder system and switch to the global FIA ladder system of F4–>F3–>F2–>F1 or IndyCar.

The FIA ladder system is now less expensive, it is a global standard recognized by drivers and fans everywhere, and it opens up many interesting possibilities if IndyCar adheres to the FIA standard.

With Honda firmly behind F4 and F3, it's time IndyCar do what's right if it wants the international respect it deserves.

Young Americas should be going to Macau at the end of every year to see how they fair against the best F3 drivers in the world.

A reader writes, It would be good to have a single seat formula car that could run compatible series throughout the world. Think Formula Atlantic 30-40 years ago. I'd love to see some of the current F3 drivers (Armstrong, Schumacher ) as well as some of the F2 drivers (Norris, Russell) have a reason to cross the Atlantic to run here. Stewart Low

Dear Stewart, You are 100% correct. But somehow IndyCar thinks it needs to be different, so it's entire ladder series does not follow the FIA global standard. This would allow what you suggest and save money because the FIA ladder system costs much less than the IndyCar ladder system at every rung on the ladder. IndyCar will argue that the ladder cars must be safe on ovals.

Well the only rung on the ladder that needs to race on ovals is Indy Lights. And as every European driver has proven, you can come to America with zero oval experience, hop into an IndyCar and be competitive relatively quickly. So why bother racing the ladder cars on ovals. Adopt the FIA global ladder standard and save everyone a lot of money and confusion. Mark C.

Rossi tested the F3 Americas car at the newly FIA accredited 2.8-mile circuit to provide valuable insights and feedback on the car’s performance and setup for race teams eager to get their cars on track for the Championship’s world debut on Friday.