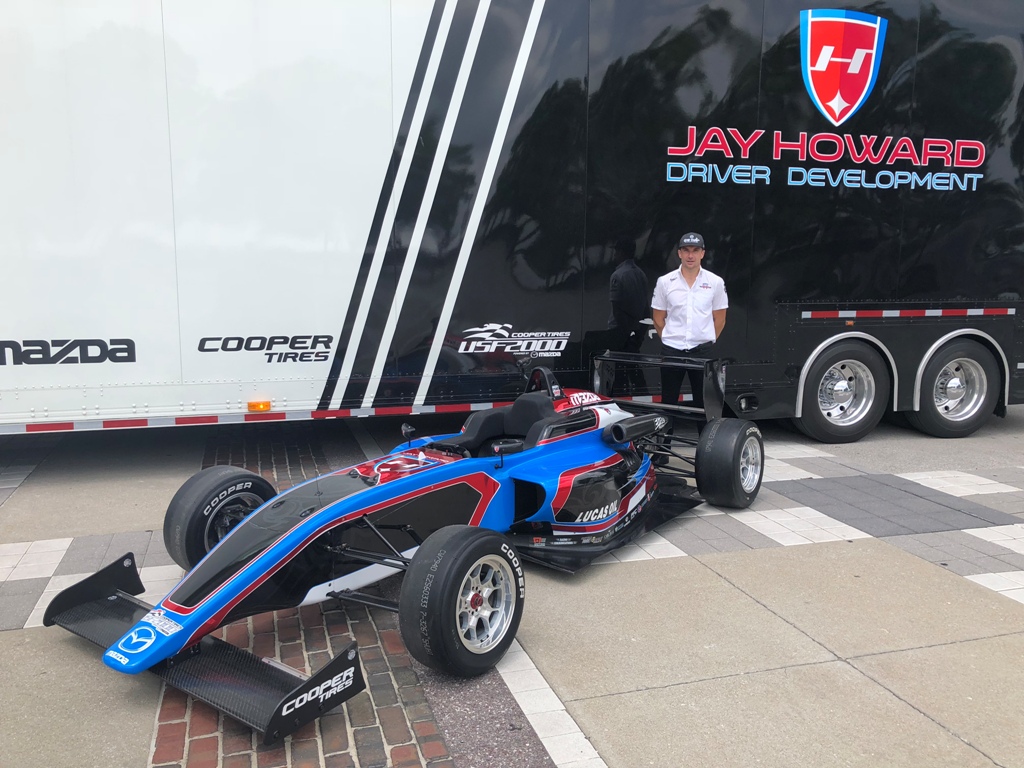 Prominent karting and junior formula team Jay Howard Driver Development (JHDD) today announced it will join the Mazda Road to Indy Presented by Cooper Tires on a full-time basis in 2019. Led by Verizon IndyCar Series and Indianapolis 500 veteran Jay Howard, who himself has won championships in both USF2000 and Indy Lights, the team’s expansion furthers its mission of advancing drivers from the karting ranks to junior open-wheel categories en route to the Verizon IndyCar Series and the Indianapolis 500.

After founding the JHDD Kart Team in 2012, JHDD expanded to cars in 2017. Its initial entry into the F4 U.S. Championship ranks constituted the overall youngest team on the grid by graduating three drivers from its karting program – Sam Paley, 14, and a pair of 15-year-olds, Parker Locke and Max Peichel, who has already graduated into USF2000 this season. JHDD has since expanded its operation to field as many as five cars for teenagers Wyatt Brichacek, Braden Eves, Christian Rasmussen, Teddy Wilson and Aidan Yoder in F4, and currently holds a commanding lead in the team championship standings.

The expansion to USF2000 and the IndyCar/Mazda Road to Indy paddock will represent a homecoming for British-born Howard, who claimed the USF2000 championship in 2005 and added the Indy Lights title one year later. Howard has driven for several teams over the years, including Schmidt Peterson Motorsports, Rahal Letterman Lanigan Racing and Sarah Fisher Racing, and most recently competed in the 102nd Running of the Indianapolis 500.

As an accomplished professional driver coach, Howard will be reunited with many of his past alumni including USF2000 points leader Kyle Kirkwood and David Malukas, who took back-to-back wins at Road America recently – his first in the Pro Mazda Championship Presented by Cooper Tires.

"I am really excited to add USF2000 to my driver development ladder program," said Howard. “I have always wanted to be a part of the Mazda Road to Indy. It was just a case of timing. We are one step closer to our ultimate goal. I'm really happy to see our internal motorsports ladder working, taking drivers from karts to cars, then developing and supporting our drivers all the way to IndyCar."

“We are very excited to welcome Jay and his team to the Mazda Road to Indy family," said Dan Andersen, Owner and CEO of Andersen Promotions. “Jay runs a top-notch program and his driver development goals align perfectly with ours – to provide drivers with the resources necessary to climb the motorsports racing ladder to the top. He has had tremendous success in training and graduating karters into cars and the open-wheel arena, and we are very much looking forward to having him in our paddock."