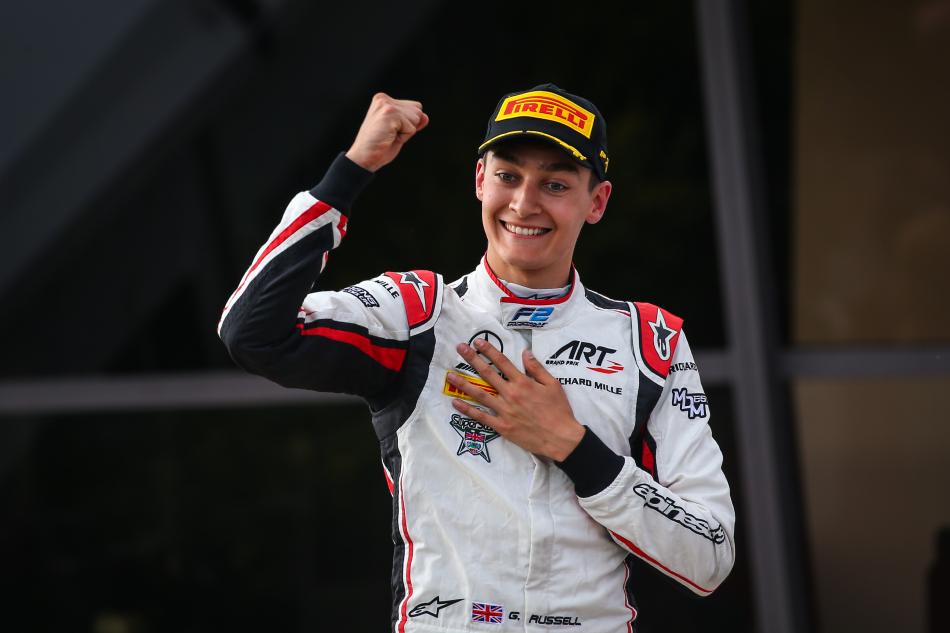 With huge, black clouds looming over the Red Bull Ring, the drivers quickly swarmed the circuit in the early stages in order to secure a laptime. Norris was first to hit the road, alongside Russell and his ART teammate Jack Aitken – the former setting the first timed lap of the session. With the initial pace slow, Trident’s Arjun Maini was first to bring the lap times into the right ballpark, getting into the 1m15s before the rest of the field joined him.

After the first flurry of hot laps, Russell led the way after setting a 1:14.104, before going for an even faster run following threats from Aitken and Sette Camara. Having covered off strong sectors from the pair, Russell consolidated his advantage ahead of the mid-session lull in running, bringing the benchmark into the 1m13s as everyone pitted for new supersoft tires.

Russell, not wanting to waste any time, got the running back underway with Nyck de Vries of PERTAMINA PREMA Theodore Racing in tow, but Aitken began the next phase of timed laps to momentarily go second – fractions behind Russell’s quickest lap. The Mercedes F1 reserve driver quickly made short work of his teammate, raising the bar higher before Aitken was put further out of reach as Norris and Sette Camara respectively split the two ARTs.

To put pole out of the reach of the two chasing Carlin drivers, Russell took a further three-hundredths of a second out of his best lap to secure pole, as Norris went wide on his final run to concede defeat – with Sette Camara just half a tenth behind.

Aitken completed the session in fourth ahead of Maini, as Maximilian Gunther (BWT Arden) will start tomorrow’s race from sixth on the grid as Charouz Racing System’s Louis Deletraz occupies seventh. Alexander Albon (DAMS) suffered his worst qualifying result of the year in eighth, as de Vries and RUSSIAN TIME’s Tadasuke Makino complete the top ten.

With the two leading title contenders starting from the front row – and with others with ground to make up throughout the race – tomorrow’s Feature Race should be a very close-fought affair, and the Red Bull Ring will, as always, endeavor to provide some excellent racing.